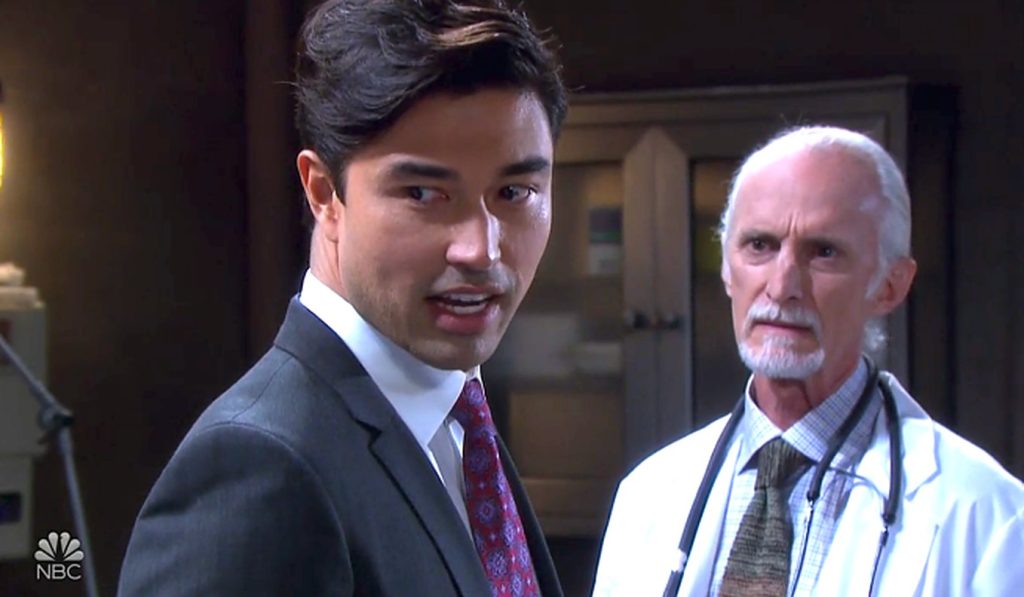 Days Of Our Lives Recap For August 16, 2022: Lucas Confesses, Li Hatches A Plan

Lucas informed Kate that he had confessed to kidnapping and would be imprisoned for three years. Kate shared the news with Paulina, Abe, and Roman. She also decided to confess as an accessory. Meanwhile, Li suggested that they should brainwash Stefan into falling in love with Chloe after he wakes up. Kristen was worried if this plan would work. What more happened? Here is all about it.

In this episode of Days of Our Lives, Gabi and Alex met for the first time. They met at the bistro and exchanged introductions. Allie and Chanel joined them at the table as well. Alex was flirting, and Allie had to point out that Gabi was seeing someone. They discussed Li and decided to call him on their next outing. Alex was not very worried about the competition.

After Gabi left, Chanel and Allie teased Alex about having a great time with the three women. He teased and suggested they should join him for a hot shower at home. Of course, Chanel and Allie said no to this offer. Alex left, and Chanel wondered if Allie was interested in this offer. Lucas called before Allie could answer her question.

Days Of Our Lives Recap: Lucas And Kate Will Be Imprisoned

Previously, Lucas had informed Kate that he had changed his plea to guilty in the kidnapping case. As a result, has been sentenced to three years in prison. Kate was unhappy

to hear this. Lucas explained that he did not want Allie to hate him. He wanted to take complete responsibility for his actions. Kate was sad and hugged her son goodbye.

Meanwhile, Paulina met Abe and Roman at the pub. Paulina wanted Roman and Kate to get back together. Roman was upset after Kate’s betrayal and her obsession with Lucas. Then, Kate arrived and informed everyone about Lucas’ decision. Furthermore, Kate had decided to confess as an accessory as well. Roman was shocked to hear the news.

Kristen And Li Hatch A Plan

Next, in this Days of Our Lives episode, Kristen saw Li at the secret lab. Quickly, she realized the plug had been pulled out of Stefan. She was scared and fixed the equipment as soon as she could. Kristen accused Li of trying to kill Stefan, but he insisted he had just arrived. Moreover, Li was funding

Kristen wondered if Li thought Gabi would always be in love with Stefan and tried to kill him. Li thought there was an ideal plan for all of them. He wanted Dr. Rolf to brainwash Stefan into falling in love with Chloe. Kristen wondered if Chloe would reciprocate Stefan’s feelings. Li assured her it would all work out and asked her to be patient. How will Dr. Rolf react to this? We will know in the next episode. Days of Our Lives airs weekdays on NBC. Catch the latest news and spoilers from the show on TV Season & Spoilers.