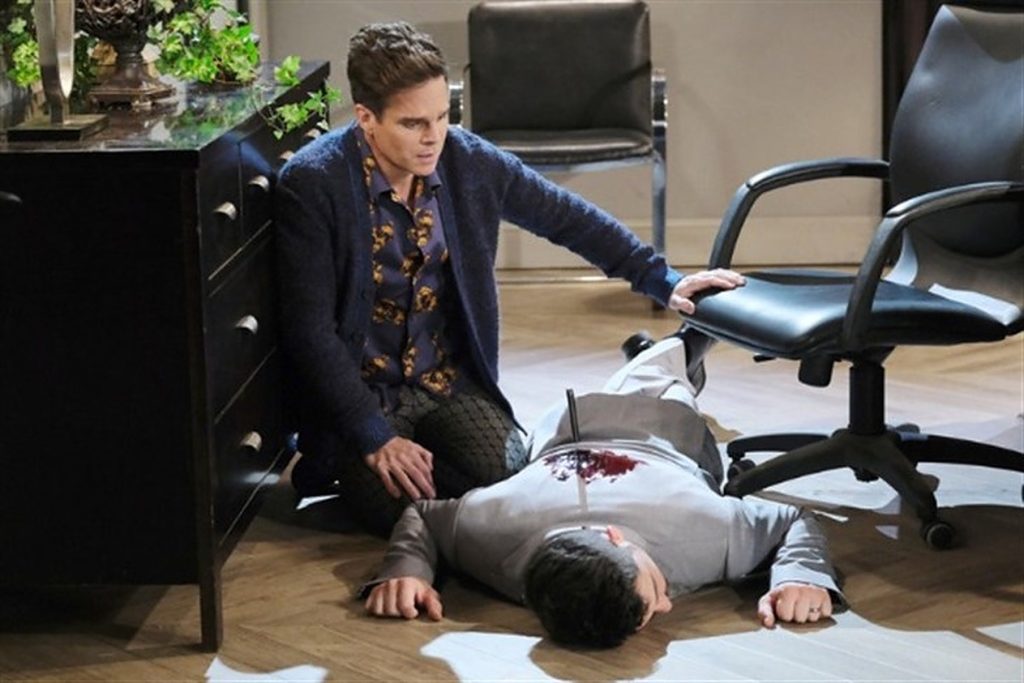 Days of Our Lives recap for Tuesday, September 27, 2022, revealed the story of Leo and Clyde. First, Jack received Shawn’s call with an update regarding Clyde. This conversation triggered Jennifer’s memories and she got a vision of Abigail. Gwen was worried about her addicted stepmother and asked Leo for help. Leo told her it was not her duty to help Jennifer.

Meanwhile, Leo learned about Clyde being the killer. Nancy was inconsolable as Bonnie tried to help her. Clyde continued his story and confessed he killed Abigail because she was going to call the cops on him on the night of her murder. He initially planned on killing Belle instead.

Jack Gets A Call

In this episode of Days of Our Lives, we saw Jennifer pop a pill at the Horton house. However, she hid it before Jack entered the room. He confessed to visiting Leo at the station and believed he was innocent of the crimes. Later, Shawn called and informed them that Clyde was out loose and the previous CCTV footage was doctored.

Jack told Jennifer about the news. She was unhappy to hear that Abigail’s murderer was still out in the open. Jennifer sent Jack to the Salem PD and remembered Abigail. In her vision, she asked if Abigail was here from heaven to check on her or if she was a ghost who missed her mom. Eventually, Jennifer realized that Abigail was the answer to her prayers. She revealed to her that she was back on pills and did not know how to live without her daughter.

Meanwhile, at the lockup, Gwen arrived to see Leo and informed him about the latest update on Clyde. Leo learned that it was Clyde who killed Abigail and stabbed Sonny. He was upset and asked if he could help Gwen. She asked him if he could help her deal with her stepmother, who was addicted to pills. Furthermore, she confessed she did not judge her, but Jennifer had threatened to ruin Gwen’s relationship with Jack if she told him.

However, Gwen was worried about Jennifer and felt Jack should know what was happening. Leo argued that Gwen had lost her edge in this situation, and thus, informing Jack won’t help. Moreover, Leo felt that battling Jennifer’s drug addiction should not be Gwen’s concern.

Later on, in this episode of Days of Our Lives episode, we saw Bonnie console Nancy after she found out Clyde was a killer. Chloe called after Nancy, but she passed the phone to Bonnie. Nancy was upset for being Clyde’s clingy bride when he was responsible for Abigail’s death and Sonny’s stabbing. Speaking of Clyde, at the cemetery, he continued his story about how he killed Abigail.

He wanted to strangle Belle but ran into Abigail, who asked him a lot of questions. Abigail saw Clyde was wearing gloves and threatened to call the police. He grabbed her to stop her and decided to stab her to deal with this mess. Furthermore, he did not want Abigail to ruin his life like he ruined Ben Weston’s. Days of Our Lives airs weekdays on NBC and Peacock. Stay tuned with TV Season & Spoilers for the latest news and updates.