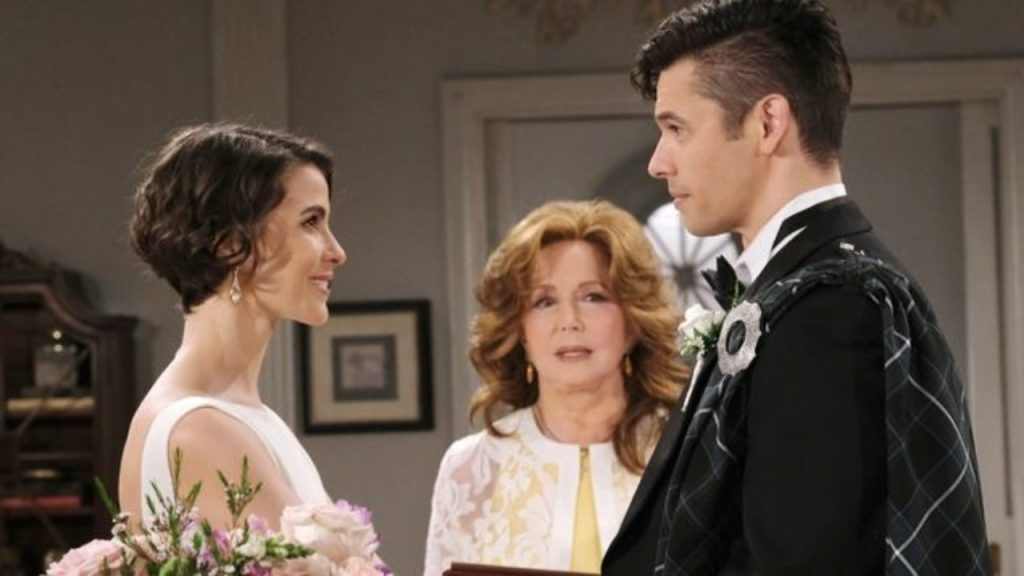 Days of Our Lives recap for Tuesday, September 6, 2022, revealed the story of Leo and Gwen. Leo snuck out of his motel room and arrived at the hospital. Sonny thought he was here to kill him. However, Leo convinced Sonny he was innocent. Later, Melinda was angry that Gwen had made bail and was out of prison.

Jack had hired a lawyer for Gwen and got her out. He noticed Jennifer’s bottle of pills. She made an excuse for them and hid the truth. Meanwhile, Xander and Sarah asked Jack and Jennifer to be the witnesses for their marriage. Maggie officiated their wedding at the Horton House. Gwen eavesdropped and walked inside during the ceremony. Will she stop the wedding? Here is all about it.

In this Days of Our Lives episode, we saw Sonny assume Leo was his attacker. Sonny was scared Leo was in his ICU room to kill him. However, Leo explained he was being framed and suggested he would never leave evidence behind if he wanted to kill someone. Sonny could remember his pain but had not seen the attacker.

A nurse arrived, and Sonny saved Leo from being discovered. Later, Sonny accepted Leo was being falsely accused of hurting him. Rafe wondered if Sloan had informed Leo about their search. Sloan denied the accusation and suggested Leo must have left for the hospital. However, Sloan was faster. She called Leo and warned him about Rafe’s arrival. Leo escaped via the elevator before Rafe arrived.

Days Of Our Lives Recap: Gwen Gets Bail

Melinda reassured Chad at the PD. She told him Rafe was tracking Leo’s moves and would find him soon. In the meantime, Gwen’s lawyer arrived and got her bail. Melinda was angry and wanted to know how she got bail. She did not believe Gwen was innocent. If Leo was guilty, Chad agreed. However, Gwen insisted she did not kill Abigail and implied Chad was Leo’s next target.

At the Horton House, Jack caught Jennifer with her bottle of pills. She told him it was a prescription for headaches. After that, Jack informed her that he had hired a lawyer for Gwen. Jennifer seemed upset, but later, she understood Jack’s desire to do his best for Gwen.

In another part of town, Xander and Sarah decided to get married immediately. They hoped Jack and Jennifer would be their witnesses. Furthermore, they were prepared to wed at the city hall, and Jack-Jennifer offered to host the wedding at the Horton house. Maggie was hailed to officiate their small wedding ceremony. Sarah and Xander exchanged beautiful and heart-warming wedding vows.

Further, Gwen saw the wedding through the doorway. She had arrived to thank Jack for her bail. Just before Xander was to kiss Sarah, Gwen walked in. Her ex was furious, but Gwen declared Xander and Sarah were meant to be together. Later, she thanked Jack for his help and assured Jennifer she was innocent. However, we saw Gwen cry looking at a photo of her and Xander later at night. Days of Our Lives airs weekdays on NBC. Stay tuned with TV Season & Spoilers for the latest news and spoilers from the show.