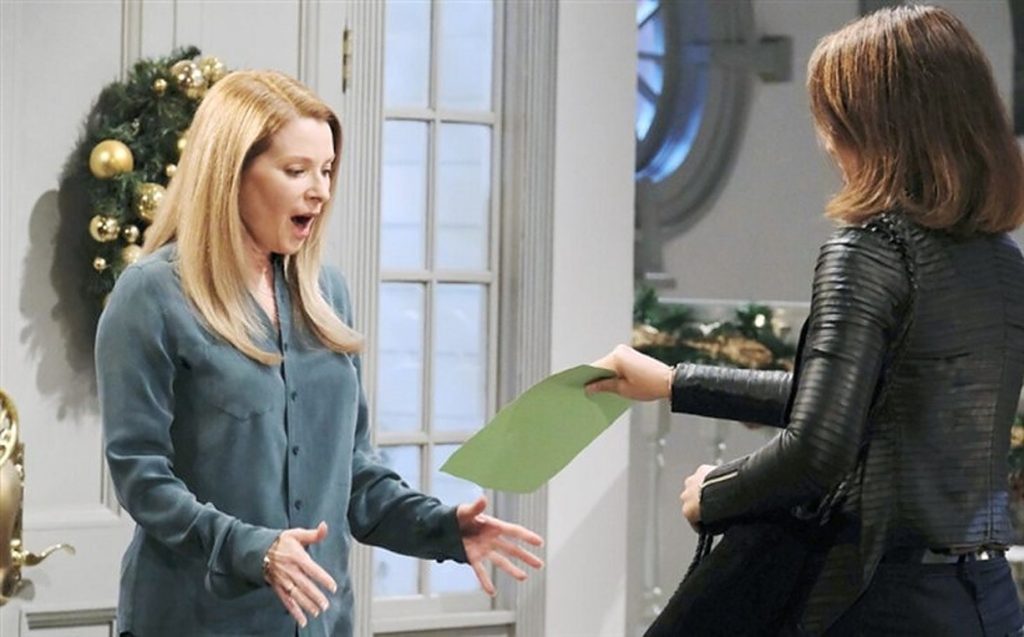 Days of Our Lives recap for Wednesday, September 28, 2022, revealed the story of Jennifer and Gwen. First, we saw Jennifer hit Gwen with her car near Salem PD. She drove off and went home, where Jack and Julie confronted her about her pill addiction. Jennifer broke down and confessed to taking painkillers after Abigail’s death.

Rafe called the paramedics, and Gwen was hospitalized. She was stable and did not remember who hit her. Jack guessed it was Jennifer because she was back from a rough drive. Shawn and Belle arrived after they heard gunshots at the cemetery. EJ shot Clyde in Chad’s defense. Clyde refused to admit his crimes when Jack confronted him. Would Clyde pay for his deeds? What all happened? Here is all about it.

In this Days of Our Lives episode, we saw Jennifer racing in her car. Gwen was found unconscious on the ground after a hit and ran outside the police station. Meanwhile, at the Horton house, Jack informed Julie about Jennifer’s addiction to painkillers. He was about to go looking for her when she arrived.

Jennifer told Jack about her vision of Abigail; she wanted to find Clyde as soon as possible. Previously, we saw Jennifer dream about Abigail coming back from the dead to meet her. Jennifer felt dizzy after her car ride and came home. Jack confronted Jennifer about the painkillers, but Jennifer felt nauseous and ran out of the room.

Days Of Our Lives Recap: Jennifer Breaks Down

Meanwhile, Rafe was shocked to find an injured Gwen outside Salem PD. He called the paramedics, and Sarah saw her come in right as she was done with her break. Xander was with Sarah when they heard about the news of Gwen’s accident. Rafe did not know much yet, and Xander wondered if Jack was informed. Jack heard the news and left the house before Jennifer returned from the washroom.

Julie told Jennifer about Gwen’s accident and confronted her about the pills. Jennifer broke down and confessed to being addicted; she was ashamed of admitting the truth. Julie consoled her and told her Jennifer was there to support her. Later, Julie asked Jennifer to get rest and said she was lucky she did not hurt herself or anyone else in her previous state.

At the hospital, Sarah informed Xander that Gwen was stable but had a few broken bones and a concussion. Thankfully, there was no internal bleeding or injury to the organs, so Gwen did not need surgery. Rafe wanted to ask Gwen what had happened, but Sarah informed her she was unconscious. Xander offered to sit with Gwen while they waited for Jack to come.

In Gwen’s room, Xander sat next to her and told her she was the strongest person he knew. He told her she would get better soon, and Gwen woke up. She was groggy and did not know what was happening. Sarah informed her about her accident and told her to answer Rafe’s questions when she felt better.

Days Of Our Lives Recap: Clyde Refuses To Confess Again

In this Days of Our Lives episode, EJ DiMera and Chad watched Clyde bleeding on the ground. Shawn found out about gunshots at the cemetery where Abigail was buried. Belle and Shawn arrived and called the paramedics for Clyde. Belle was EJ’s lawyer and advised him not to make any comments. Chad insisted he did not need a lawyer because there was nothing to hide.

Chad explained how Shawn and Belle were Clyde’s targets. Clyde had tried to strangle him, and EJ saved him with a gunshot. Shawn was angry at EJ for putting Belle in danger, but she thought there was no way of knowing their house was bugged. EJ apologized to Belle for not telling the truth. He apologized to Chad for not telling him about Clyde’s threat.

Jack learned about Gwen’s stable health and decided to visit Clyde. Shawn took him to the room where Clyde was kept. Clyde refused to confess and said he had done nothing to the “little slut” who had cheated on Ben Weston. Shawn stopped Jack from attacking Clyde. Meanwhile, Jack spoke to Gwen and felt like Jennifer could have been responsible for what happened even when Gwen did not remember. Days of Our Lives airs weekdays on NBC and Peacock. Catch the latest news and spoilers from the show on TV Season & Spoilers.