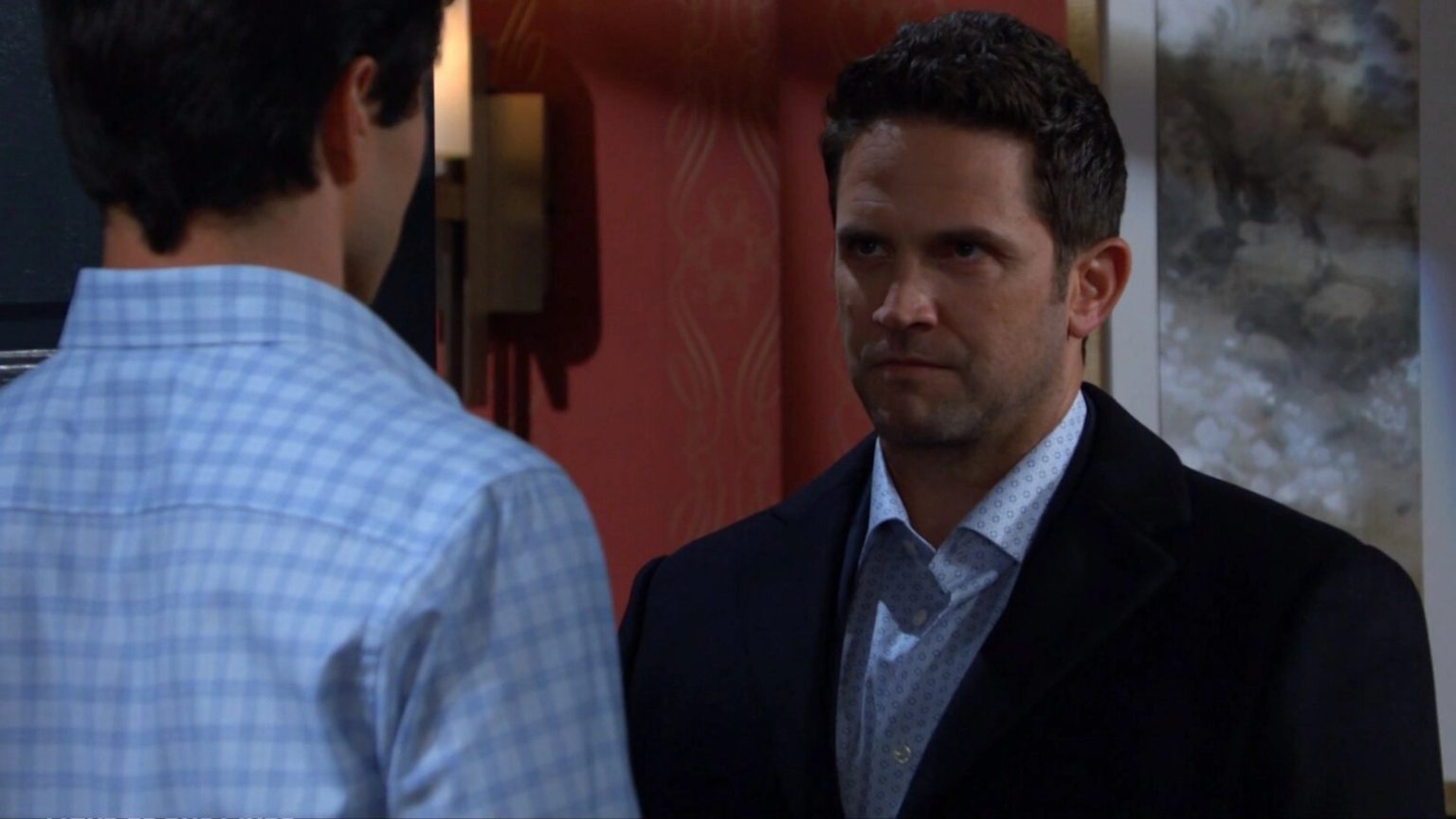 Days of Our Lives Spoilers For January 18, 2023: Rafe-Jada Arrests Kristen, Stefan Lashes Out At Gabi

Days of Our Lives spoilers for January 18, 2023, reveal that Rafe and Jada will finally succeed in arresting Kristen. But before that, Chloe will unleash her wrath on Kristen for turning her life into a mess. Over with John he will also apologize to John for not handling the orchid drama well. At Salem Inn, Stefan will lash out at Gabi for being selfish. Li will try to defend her, but things will get a bit more serious. Keep reading and find out what DOOL has in store.

Stefan Lashes Out At Gabi

First, Stefan will meet with Gabi and blast on her for being selfish. Days of Our Lives spoilers reveal that Stefan will discover Gabi’s request to Marlena. She wanted her help in getting him the reverse treatment. Given how things are going downhill with Marlena, Stefan will call out her selfishness. In a time like this, Marlena should only be focusing on her health problem rather than helping Gabi. While he lashes at her, Li will come to defend her.

Earlier, it was Stefan who knocked on Li, but the time it will be Li’s turn. Their argument will soon turn into a physical altercation where Li will knock Stefan. He won’t like how he is behaving with Gabi. While these two continue to fight, Gabi will be scared for the future. She won’t like how things are turning in the wrong direction.

Coming up next, Jada and Rafe will finally receive the recording of the confession. Days of Our Lives spoiler says Steve will record Kristen’s confession and hand it over to the cops. Once he does that, Rafe and Jada will start searching for her. Meanwhile, Chloe will meet with Kristen and explode at her for turning her life into a mess. First for changing Stefan’s memory and second for using that life-saving orchid as leverage to break her relationship with Brady.

Later, Kristen will plot a plan to escape the town with Rachel. However, things won’t work as she has planned. Jada and Rafe will get intel about the culprit’s exact location. Once the cops slap cuffs at Kristen’s wrist, she will eventually land in prison. Over with Brady, he will blame himself for Marlena’s grim fate. If he had handled the situation in a better way, all three women wouldn’t have died.

As for John, he will comfort Brady and will argue that it wasn’t his mistake but Kristen and Orpheus’. It was them who messed up their family. Now that Kristen has ended up in prison, will she make another evil plan to make everyone pay? Whatever the case, there will still be more chaos in town, which needs to be solved. Stay tuned and watch Days Of Our Lives, it airs every weekday on Peacock+ in the US and on W Network in Canada. For more updates and spoilers, visit our website, TV Season & Spoilers.