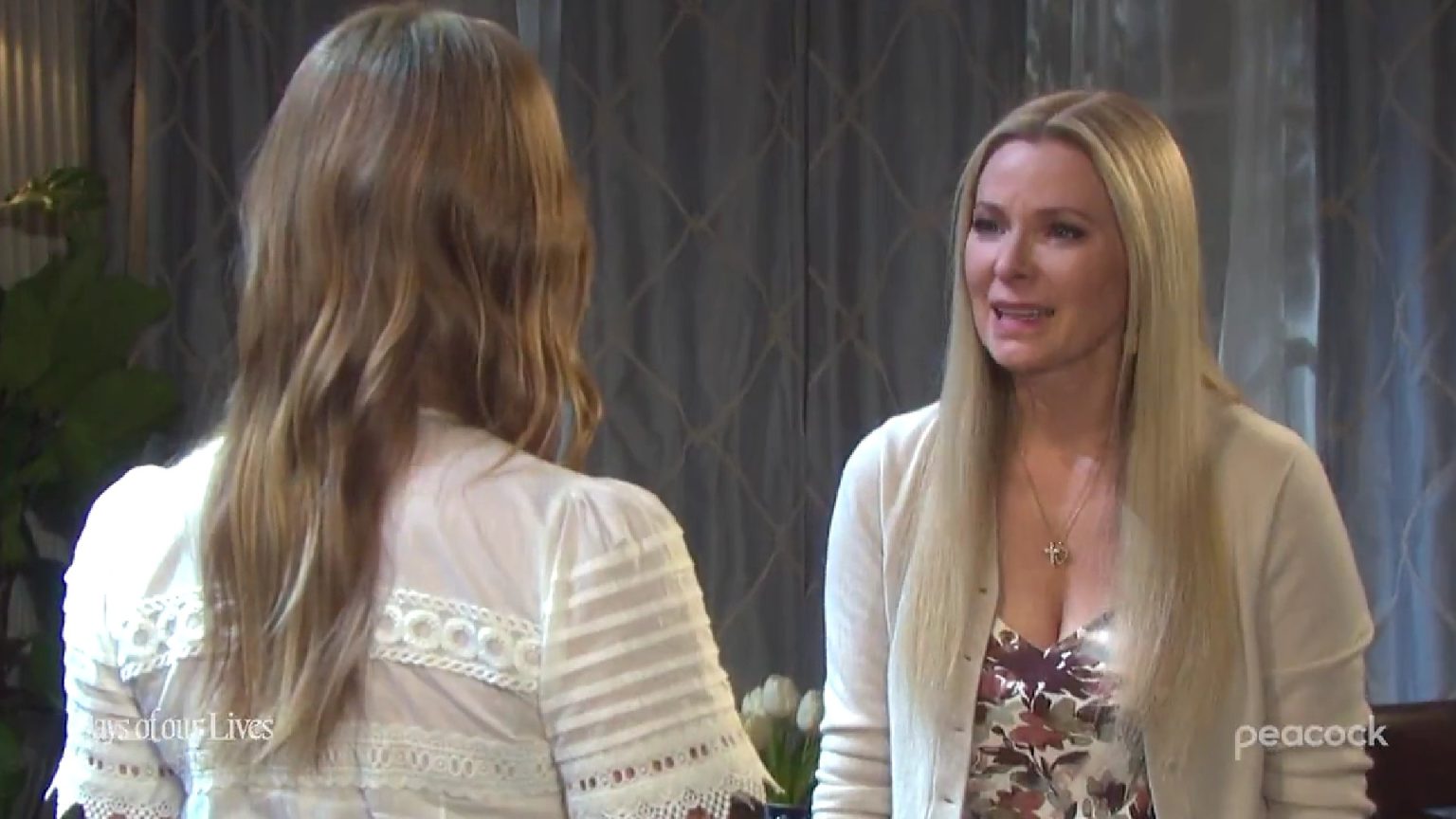 Days of Our Lives Spoilers For Next Two Weeks (September 26- October 7, 2022): Death And Destruction Takes Over Salem, Jennifer Gets In A CAR CRASH

Days Of Our Lives spoilers for the upcoming two weeks from September 26–October 7, 2022, reveal that Chad will take his revenge on Clyde. However, EJ will land in time and will rescue Chad. But more drama is coming up on DOOL because Jennifer will have a ghostly encounter with Abigail as she cries that she misses her.

During the week of October 3-7, 2022, Nancy and Craig will mull over their thoughts about reuniting with each other. Now that Clyde and Nancy’s wedding was called off, will Craig get a chance to be with Nancy now? Elsewhere, Chanel and Allie will have some disagreements. Let’s read further to know what is brewing in Salem.

In the week of September 26-30, 2022, After joining the dots, Chad will know that it is Clyde who murdered Abigail and attacked Sonny. He will take out a loaded gun and will leave the mansion to track Clyde. Days Of Our Lives spoilers claim that Chad and Clyde will soon get into a physical altercation. However, Clyde will get the upper hand as he tries to throttle Chad.

But, EJ will land at the right time to save his brother. He will snatch the gun and pull the trigger at Clyde. Fans already know that Clyde and EJ are rivals. So, it will be the best time for EJ to take revenge. The spoilers say that Clyde will lose his life in this physical altercation.

Further on Days Of Our Lives, Jennifer will take a large dose of drugs. As Jennifer gets a ghostly vision of Abigail, she will cry out how much she misses her. But, she will wonder if she is getting hallucinations or if her daughter is really standing in front of her.

Later, a distraught Jennifer will get in her car and drive rash. The Days of Our Lives spoilers suggest that she will get into a car accident because of her drugged-up state. As a result, she will be hurt. But there will be one more person who gets injured badly – Gwen! As she is rushed to the hospital, Xander grows concerned over Gwen and the injuries she has got.

Days Of Our Lives Spoilers For The Week October 3-7, 2022: Nancy-Craig Reunite?

After the disastrous end of the engagement, Nancy will be stressed with everything. Craig will also feel the same, so he will consider giving his love life a chance. As he thinks about getting back with Nancy, he will wonder if she thinks the same.

Speaking of Nancy, she will be happy and would like to move forward maturely. So, she will think of all the possibilities, good and bad, if she reunites with Craig. Craig and Nancy will continue to think about their feelings. The Days of Our Lives spoilers claim that Nancy and Craig might eventually decide to reunite. But, they will continue to give space to each other just to make themselves aware of their feelings.

Further, in the week of October 3-7, 2022, Days Of Our Lives spoilers say Johnny will find it difficult to take Ava out of his mind. So, Chanel will help him with this and will warn him not to come closer to Ava. Later, after Allie gets some shocking suggestions from Will, she will then come up with a scandalous idea. Chanel will truly be stunned by Allie’s ideas.

The spoilers tease that Allie will suspect Chanel that she might be jealous of Johnny’s bond with Allie. Later, she will suggest them to have a double date. Chances are there that Allie might want to have a double date with Chanel, Johnny, and Ava. This would happen only when Ava decides to surrender to her feelings for Johnny. Will EJ let this relationship sustain? We will know that.

Next, Kristen will approach Marlena to seek a help regarding Rachel. Looks like Kristen will want her to make situations where she can come and meet Rachel. As for Rachel. She will also feel the same that Marlena can convince Brady and help Kristen visit her. However, Marlena will ask them not to drag her into all this. She is already sick because of Orpheus’ poison.

Talking about poison, fans know how it has an antidote, a rare orchid. Since Marlena wasn’t willing to help Kristen, Kristen might have other ways to make her agree to the dealings. Other spoilers tease that with Dr. Rolf’s help, Kristen will get hold of the Orchid. Now it’s pretty obvious how she will use it as leverage against Marlena.

In the week of October 3-7, 2022, Jack will learn about Jennifer’s drug problem, she will also admit that she is struggling really badly. So, Jack will know that it is time to admit Jennifer into a rehab center. In this, Mike will help her to find the right one. Once they get, Jack will bid goodbye to Jennifer.

Finally, Sloan will be investigating some cases when she will get some evidence against Chanel. So, she will approach Paulina and inform her about this. Once Chanel is trapped in some drama, it will automatically put Paulina’s political career at stake.

Over with Chanel, she will see “murderer” written on sweet bit’s window. So, she will be cautious. What is Chanel trying to hide? And is the word “murderer” addressed to her? We will know that in the coming episodes. Stay tuned and watch Days Of Our Lives, it airs every weekday on Peacock+ in the US and The W Network in Canada. For more updates and spoilers, visit our website, TV Season & Spoilers.