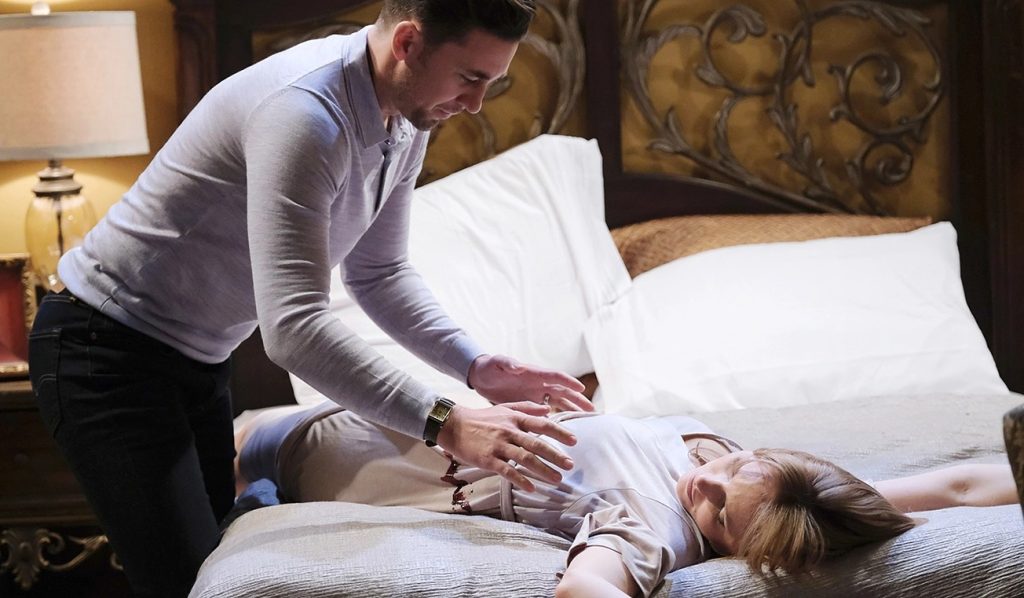 For a very long time, Abigail’s murder mystery is going on on Days Of Our Lives. There are many people suspecting who might have killed Abigail. However, we are not sure who it might be. DOOL fans are relentlessly speculating one of the three main characters as a possible killer. Let’s dive deeper into the speculations. Below mentioned are the possible suspects, according to fans. Keep reading to find out who it can be and what is the reason behind fans’ suspicion.

Over the past week, Thomas pointed his finger at someone he met in the basement. When Chad turned to look, it turned out to be Leo. Chad is already in despair and takes Leo to the police station. With that, Leo ends up in a hot seat. Leo had all the motives to kill Abigail. Fans might remember that Leo promised to take revenge on everyone who caused him trouble. In that, Abigail was also on the list. Given how Leo was all sneaky around, possibilities are there that he might be the killer.

Not just that, Chad and Jada also found a fork with Leo’s fingerprint on it. Even though he is crying crocodile tears, things might actually be the opposite. He might be a really good actor and might have put all the blame on Gwen just for him to escape.

As for Gwen, she has even more possibilities compared to Leo. After Leo points the finger at Gwen, she is interrogated by Rafe. However, she told him that she had indeed escaped St ateville and went to Abigail, but she was already dead. Fans speculate that Gwen and Abigail

have always been on tenterhooks for each other. The character of Gwen is super vicious, she has a reason behind her actions.

All her life, the only thing she wanted was love. First, she drugged Abigail so Jack would look at her. However, that didn’t happen. Then she became pregnant and dreamed of having a baby to love, but that also didn’t happen, all thanks to Abigail. Then again, she connected with Xander, but Abigail yet again managed to pair him up with Sarah.

All this while, Gwen and Abigail were plotting against each other. Even though Gwen is a wicked character and has played many people, instead of escaping, she always paid for her consequences. Probabilities are there that Gwen is just lying, and she indeed is the killer.

Over with Li, fans are also putting him in this category. With all the mysterious and wicked plans in action, he might actually be the one. The viewers know that Li is desperate to have Gabi to himself. His latest mad science sponsorship and Kristen team-up might actually increase the suspicion.

Fans speculate that Abigail might have seen Li’s Stefan awakening mission. She might know that Li still has Stefan’s body and is using an artificial heart to keep him alive. Everyone is aware of the obsession Li has with Gabi. Li might have killed Abigail to shut her up from exploding the secret.

Days of Our Lives: If Not These, It Can Be Someone Else

If the killer is not from this list, then it might be someone else. The real question over here is: Who else was on bad terms with Abigail? And also, what possible reason might be behind the murder. Whoever it is, the spoilers say that DOOL is coming up with more twisted episodes. Stay in loop for further information. Until then, watch Days Of Our Lives, it airs every Weekdays on NBC. For more spoilers, visit our website, TV Season & Spoilers.