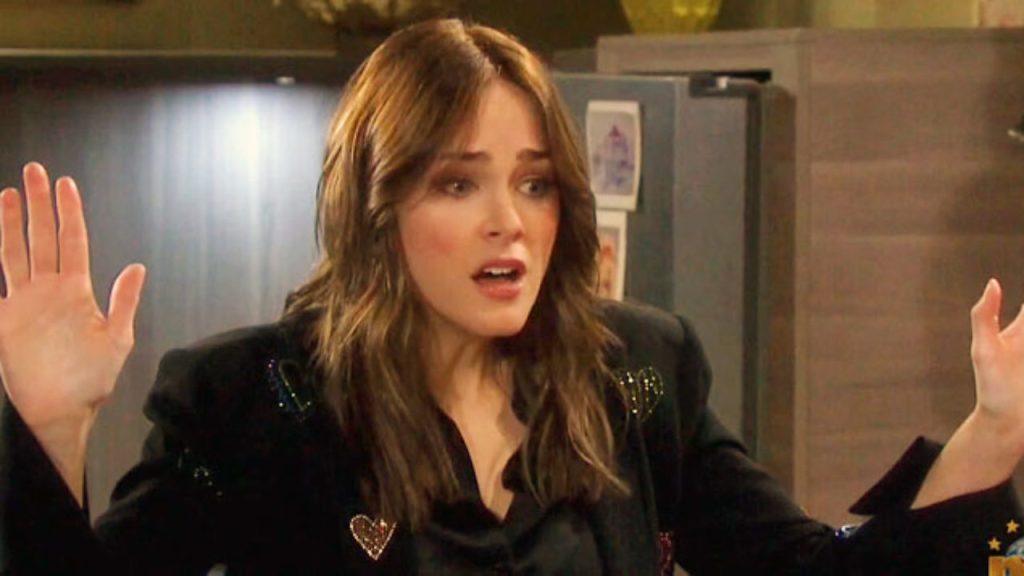 Alex Kiriakis had been vying for Stephanie’s attention for a long time on Days of Our Lives. Even while he was hooking up with Sloan a few episodes back, his eyes and heart were pinned on Stephanie. However, Stephanie was icing him out as her eyes were set on Chad. Who, in turn, is still hung up on his feeling for his dead wife. Chad’s one true epic love, Abigail.

Over the course of time, one thing lead to another, and Alex and Stephanie came closer. However, the connection between Chad and Stephanie remained electric and is definitely not overlooked by Alex. His insecurity over Chad and Stephanie’s friendship is about to lead him to make a MAJOR mess. One that will rob Stephanie of an integral personal moment, and Alex is setting himself up for losing Stephanie.

Chad has made it pretty clear and known that Abigail was his one and only true love on Days of Our Lives. Yet, he is struggling to deny his feelings for Stephanie. Despite the fact that he himself decided to take a step back from her and let her give it a try with Alex, he still feels drawn to her. The only thing that keeps stopping him from going forward with pursuing Stephanie is his guilt and fear that he will betray Abigail’s memory. On the hand, Alex is swooning over Stephanie and finally getting his chance at having a relationship with her.

However, Alex can sense that Chad has lingering feelings for Stephanie on Days of Our Lives. Every time Stephanie spends time with Chad around, Alex gets uncomfortable. In fact, every time He has tried to come close to Stephanie, all their intimate moments have somehow been interrupted by Chad. All of it cumulatively adds fuel to the fire of jealousy raging inside Alex. The latest Days of Our Lives spoilers suggest that in the upcoming week, Alex will get tired of Chad’s interruptions and make a move to keep him away from Stephanie. However, these actions will have disastrous consequences. Keep reading to find out what mess Alex is about to create in Salem.

The Latest Days of Our Lives spoilers reveal that in the upcoming episodes Alex and Stephanie will be spending some cozy time together. However, Alex will have the lingering fear in his mind that Chad will disrupt their time together. Thus, to avoid any interference from him, Alex will secretly put Stephanie’s phone on silent. Or, worse still, switch it off all together. Meanwhile, Stephanie’s mother will be on her deathbed at the hospital. Chad will frantically try to reach Stephanie on the phone. But, will fail due to Alex’s doing.

Without the interruptions, Alex and Stephanie will finally have their moments in bed. Alex will be over the moon about it. However, the happiness will be short-lived. Chad will eventually be able to relay news to Stephanie about her mother. Alas, by the time that happens, it will be too late. Stephanie would have lost her chance at saying goodbye to her mother. Alex will know what he has done, but he will keep quiet about his involvement in costing Stephanie her final moments with her mom.