Duggar News: Josh Duggar SENTENCED To 12.5 Years In Prison For “Sickest Of The Sickest” Crimes!

Amy Duggar and several others’ prayer has been answered. Judge Timothy Brooks finally gave his verdict on Josh’s CSAM case per the latest Duggar News. The notorious Josh will be serving 151 months in jail. Honorable judge Timothy Brooks gave his final verdict on May 25, 2022. While most people are content that Josh will be behind bars, his wife, mother, and father are quiet about his sentencing. So, dive in to know what else the court has not allowed him for.

Duggar News: Josh Duggar To Be UNDER SUPERVISION After His Prison Release For 20 Years!

On December 9, 2021, the police found the infamous Counting On star, Josh Duggar, in possession of child pornography. The disturbing material made people and even the judge disgusted with Josh. So, after a long wait, the court has finally served justice. Judge Timothy Brooks has stated his concern for the “sickest of the sickest” child porn on Josh’s computer. Following that, he has given the jail time of 12 and a half years. Noting the incident, judge Timothy claimed that the images the court saw that day were the worst in history. Likewise, Josh Duggar possessed the loathsome movie  ‘Daisy’s Destruction.” The same movie features the abuse and torture of an infant.

Another vile image is a little girl getting hit by a cat O’ nine tales as she was locked up in a dog cage. The judge and the whole courtroom were horrified at finding the sickening images. Josh Duggar’s case is seen as disgusting, horrifying, and aggravating. Per the Duggar News, Josh wore a grey suit with zero remorse. He showed no shame when he was receiving the punishment. More so, looking at Josh’s previous sexual abuse case

, Timothy has ordered the notorious head to be under serious supervision. Therefore, even after his prison release, sick Josh will be under the radar while with kids and even his own in the range of six months or 12-years-old.

In contrast, the debauched person is not allowed to access the internet or view adult websites. Josh will also have to pay the fine of $50,100. Shockingly, as the US Marshalls led Josh, he made a heart sign for his wife, and she reciprocated. Meanwhile, the prosecutors said that the former celeb didn’t show any sign of repentance for his sins. Hence, he might re-offend again.

Duggar News: Josh Duggar Shows No EMOTION For His Crimes!

In Josh’s support, his wife, mother, and father were present. Amid that, Josh’s ex-girlfriend says it was sickening to find some people are in support of him. Meanwhile, Josh’s cousin, Amy, pleaded with the judge to give her cousin the punishment for his heinous crimes. She also noted that her cousin had lost his mind thinking he could get away from it per TheSun 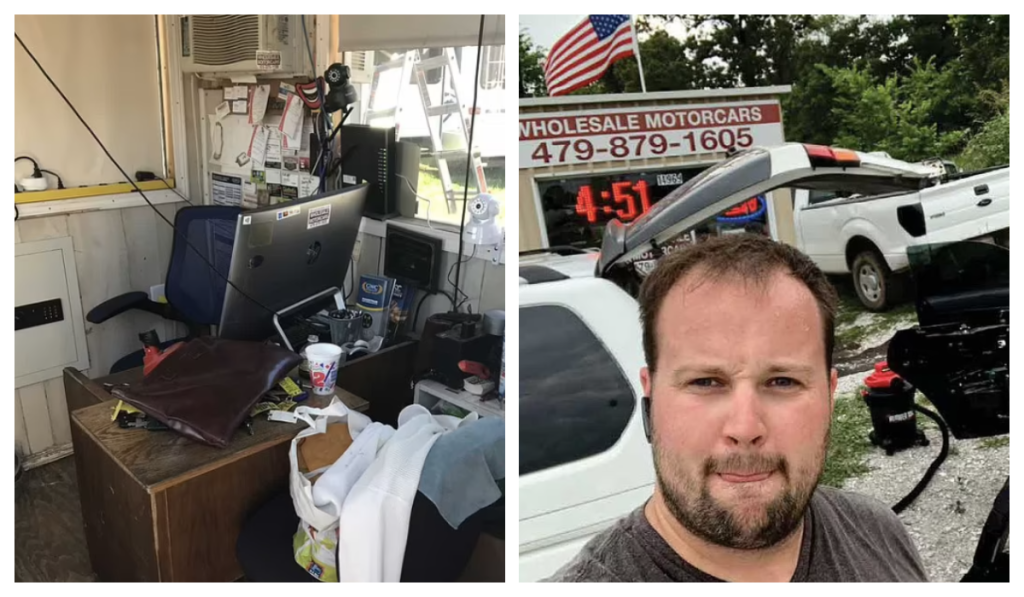 Josh Duggar’s demonic acts are much more than we have discussed here. The notorious head has molested his sisters before. Apart from this, many are not convinced with Josh’s sentence time. They want him to serve more jail time for the criminal acts toward the children. Do you think Josh’s jail time is less? Tell us in the comments below. And stay tuned to TV Season & Spoilers for the latest Duggar News.