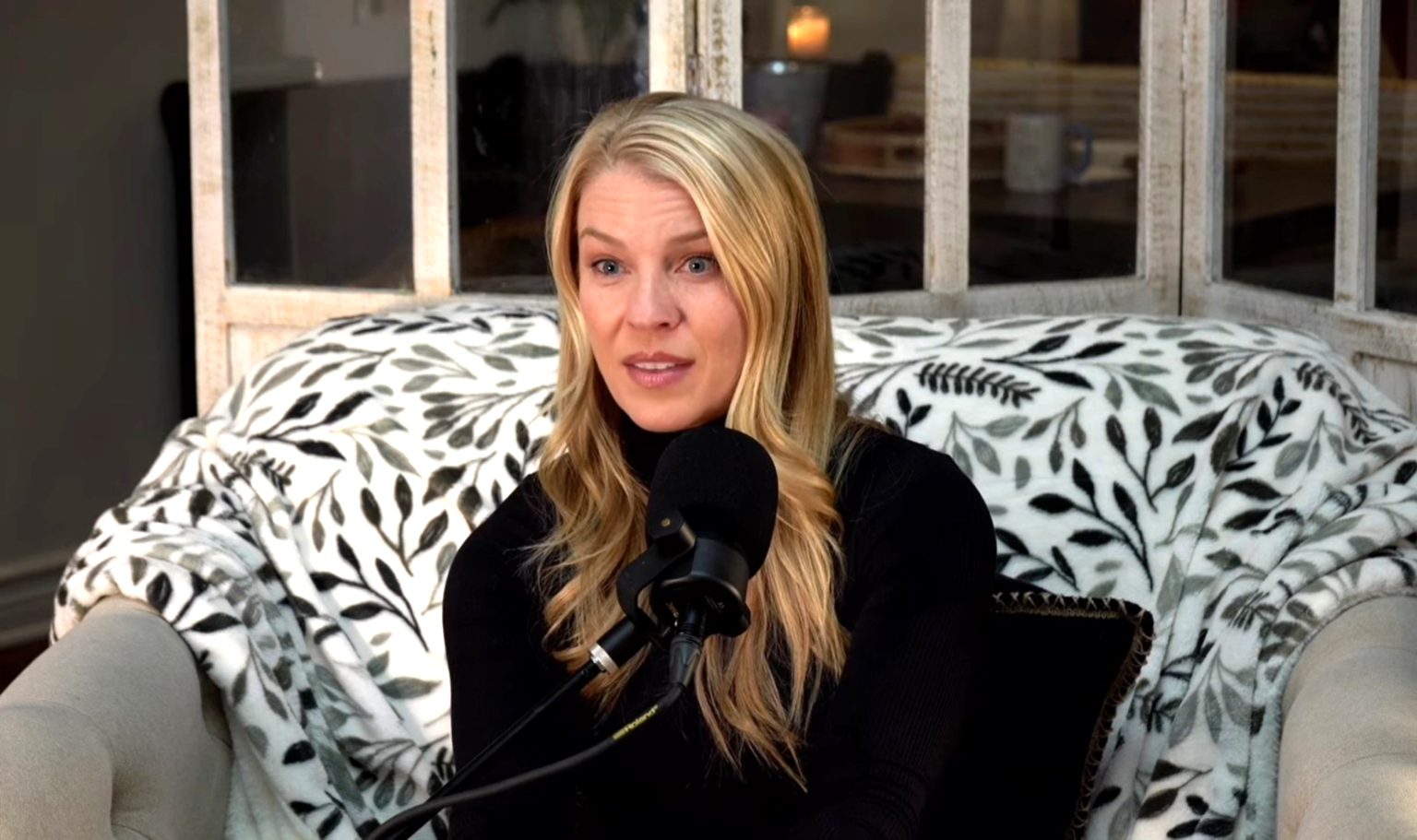 It has been almost two decades since we last saw Alicia Leigh as Courtney Matthews on General Hospital. The fine actress was having a hell of a run on the soap and even won two Daytime Emmy nominations for her performance. Hence, it came as a huge shock when she suddenly exited the ABC soap in 2006. The actress never really opened up about the reason behind her decision to leave General Hospital. However, that changed when she appeared on her ex-co-star’s talk show recently.

We know that General Hospital veteran, Maurice Benard, hosts an online mental health talk show on his youtube channel. It goes by the name, State of Mind. Maurice’s latest guest on the show was his once-upon-a-time on-screen sister, Alicia Leigh. During the chat, the General Hospital alum disclosed the shocking reason behind her exit. We almost thought she was joking when she said that a big part of the reason was, Maurice Benard. However, it all made sense when she explained at length what really happened back in the day.

Alicia admitted that she was too young and naive when she first started at General Hospital. She had a habit of taking things very personally. Alicia shared that if anyone was in a bad mood around her she would just assume it was because of something she did. Thus, when Maurice Benard was battling his bipolar disease back in the day, his mood switches really affected her. She didn’t know what he was afflicted with. Alicia shared that she shared a great rapport with Maurice and that it suddenly changed.

The General Hospital alum recalled that she was really scared to go to shoots. She would always be anxious about which Maurice she would encounter on the sets that day. Sometimes he would be charming, on other days he would be really dark. Alicia admitted that it really scared her. So much so, that she would go and cry in her dressing room. After a point, she became so unhappy that she decided it was best that she exited the show. Alicia shared that people didn’t understand her reason. They would tell her that she was doing well on General Hospital and the makers were offering her another four years.

However, none of it dissuaded Alicia from her decision and she eventually quit General Hospital. Maurice acknowledged her sentiments and agreed that he was in a dark phase during those days. He even confessed that he took out his rage on actress Tamara Braun (ex-Carly). Maurice and Alicia both agreed that they have come a long way in life since then. And, if they had today’s maturity back then, they would’ve talked things out.

It’s really heartening to watch our stars own up to their past so bravely. Even the parts that are dark and questionable. It gives us the courage to embrace our own past and any mistakes we may have made. You can watch the General Hospital stars talk it out on Maurice’s show in the link below! Meanwhile, you can continue watching Maurice Benard as Sonny on ABC’s General Hospital over weekdays.