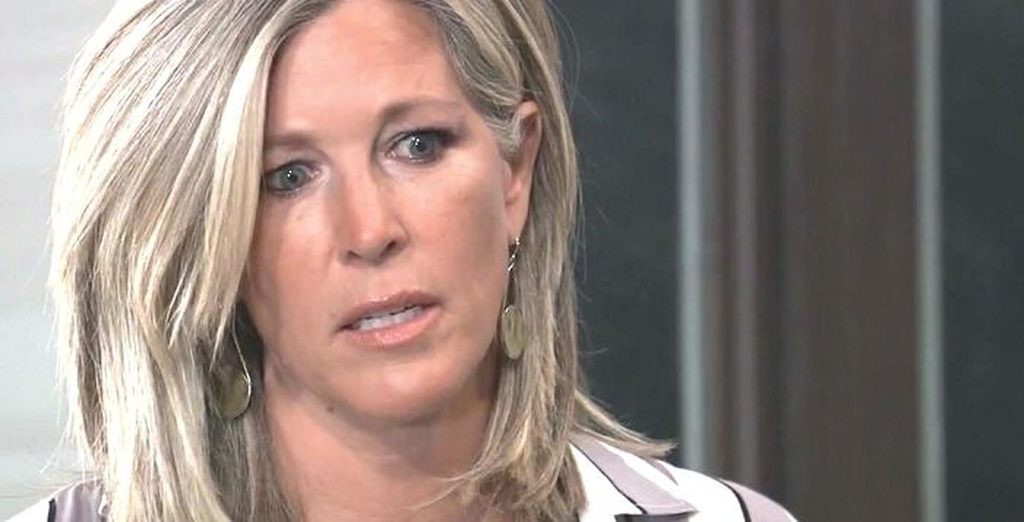 General Hospital: Carly Meddels With Willow’s Mission, Brings A Fake Mom For Her?

General Hospital spoilers tease that Carly’s fear of Willow discovering that Nina is her bio mom will make her take some serious steps. Carly might now decide to bring some fake bio mom and might also fake the DNA test. However, what will Carly do when she comes to know about the real reason? Let’s discuss what might happen and how Carly might plan out the whole fake DNA scheming.

Previously we saw how Willow got her test results, and it turned out that she had already entered stage 4 of Cancer. General Hospital then showed how the doctors immediately asked Willow to somehow arrange for a bone marrow donor. Since biological parents match perfectly, Willow and Michael decided to search for Willow’s bio mom.

However, things took a turn for the worst when Carly came to know about it. Michael was the one who spilled the beans to Carly. However, he knew that Willow is keeping her health crisis a secret, and that’s precisely why he also filtered it. While sharing with Carly, he told that Willow is desiring to meet her birth parents. As for Carly, she knows that Nina is Willow’s mother, and in any case, she would never like Nina to even come near Willow’s family.

Things escalated when Carly and Nina had a fierce fight. This just made things complicated in Carly’s mind. Not to mention, Nina then again had a fight with Willow where she had to rush to the hospital in the aftermath. So, Carly will now be hell-bent on keeping Willow away from Nina. In any case, Willow should never know that Nina is her mother. While Drew was also close to finding Nina and Willow’s connection, it was again Carly who distracted Drew from the case. How will Carly tackle the whole situation? To what extent will she go to keep Nina and Willow’s biological connections under wraps? Let’s discuss what might happen now.

Long-term General Hospital fans might remember the time when Valentin pulled off a strategy where he brought a fake child for Nina. Although he failed to search for her bio child, Valentin introduced Sasha as her daughter. But the whole scheme was soon exposed, and Nina got to know that Sasha was a fraud! General Hospital spoilers tease that something on similar lines might happen with Carly.

Looks like Carly might use the same tricks to dupe Willow this time. She might bring a fake mom on the canvas, and to prove that she is indeed her bio mom, Carly might even fake the DNA tests. However, fans know that Willow is insisting on finding her real parents because she needs to match the bone marrow. Unfortunately, Carly is unaware

of all the chaos going on in Willow’s family. Whatever the case, it looks like Carly is hell-bent on not to make Willow know her biological mother.

But the real question is: How will Carly react when she discovers Willow’s health crisis? Will she then spill the beans? We will know that soon. General Hospital airs every weekday on ABC. For more updates and spoilers, visit our website, TV Season & Spoilers.