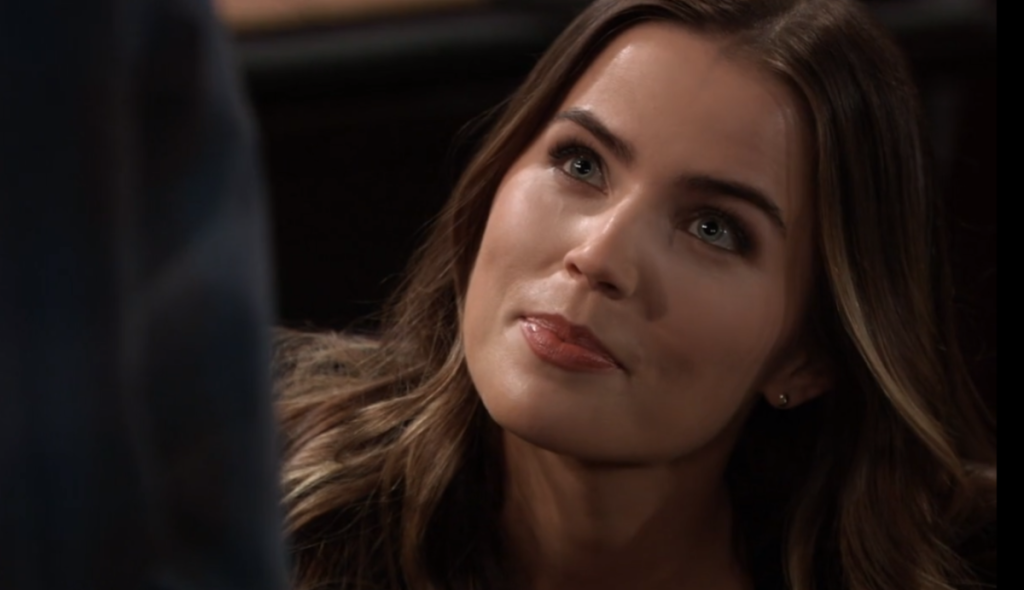 It looks like General Hospital is about to have some major comebacks in the upcoming episodes. Viewers will witness the return of super spy Robert Scorpio. Whereas, the show has also confirmed the return of Charlotte Cassadine & Sasha Gilmore portrayed by Scarlett Fernandez and Sofia Mattson this week. Scroll down to know how actors are excited to be back on GH.

Charlotte portrayer Scarlett can’t be more excited than she is these days. After all, the General Hospital has confirmed her return on the set. The 12-year-old actress also shared her excitement of coming back on GH with her fans on Instagram. Fernandez shared a photo of herself standing in front of the General Hospital’s set. The photo was posted with a cute caption where she expressed how much she loved shooting at General Hospital. Scarlett also told how much she loves the place, the people, and her character as Charlotte. Are you excited to see little Charlotte on GH? Comment below

After recovering from a bike accident for five months, Scarlett is all set to come back and entertain GH viewers. Fans saw her last appearance as Charlotte in March. But in reality, she was severely injured in a bike crash in May. The minor actress needed surgery on both her arms, her chain, including four broken molars. Luckily, the immense love poured by fans gave her enough strength and she recovered quickly. As of now, she is completely recovered and only wishing to be back to work.

Someone has said, do the work you love and you don’t have to work all your life. The line better suits Scarlett. Despite being in the hospital, the 12-year-old actress was missing the sets she used to work. In another Instagram post, posted back in May, she wished that the bike accident she met should be in the script of General Hospital. However, Scarlett is fine now. And we can’t wait to see her again as Charlotte.

What’s Next For Charlotte Cassadine?

It looks like Charlotte’s entry will open new doors of mysteries in the front. Spoilers suggest that General Hospital will soon unveil the secret about Charlotte’s sister Bailey, who isn’t in any relation to her. On the other hand, Charlotte’s father, Valentine, learned that he is a true Cassadine, and so is Charlotte.

Since Charlotte’s last appearance, a lot has happened on GH. Charlotte’s father Valentine is coming closer to Anna Devane. So, now, she will have to deal with her father’s new girlfriend. Although, at this moment, Valentine is missing. He also came to know about his father, Victor, recently. So now, Charlotte has a grandfather too. Will Charlotte accept all such changes? Since the little missing lady of the show will return soon, General Hospital will throw some curveballs for its viewers.

Fortunately, General Hospital team has confirmed the comeback of Sasha Gilmore. Portrayed by Sofia Mattsson, GH viewers are more likely to see Sasha in the upcoming week. The 28-year-old actress was away from the show for a while as she was on maternity leave. Being on cloud nine and bearing a huge parental responsibility, Sofia welcomed her first child, a baby boy with actor/writer/producer husband Thomas Payton on July 29, 2021.

Sasha will be back on GH as a heavily pregnant woman. Although, in reality, she has already welcomed her baby. So, spoilers suggest that soon Sasha will welcome her baby in the show. She is happy with her husband Brando Corbin and they are getting more into each other day by day.

However, General Hospital viewers know all about Gladys Corbin, Brando’s mother. She is always up to something and Sasha is only there to do the damage control. Will Gladys stir some new conspiracies? Or will she be awaiting Brando’s baby’s birth? Only time will tell.

Meanwhile, Soap Dirt reports that Brando will be shocked after finding out about Sonny. Later, Sonny will ask Brando if Sasha is pushing Brando to leave the mob world? However, Brando is happy leaving his mob life behind. He only wants to focus on Sasha and their baby. But it seems like things won’t go any further in Brando’s favor. What will happen if Sonny forces Brando to come back into mob business? Although, in all this drama, one thing is sure that it will create lots of trouble for the loving couple Bra-sha.

To give some pace to the show, Super Spy Robert Scorpio is back in GH. And undoubtedly, General Hospital viewers are enthralled by Robert’s return. They are already aware of Robert chasing Peter. And Anna is all in with Robert to track down Peter. Moreover, they are also on a mission to find Valentine as well as long-gone Drew Cain.

So, don’t miss out on any of the episodes of General Hospital because so many comings are lined up in the upcoming episodes. Till Then, tvseasonspoiler.com is here to bring all updates to you in a click. Stay tuned.