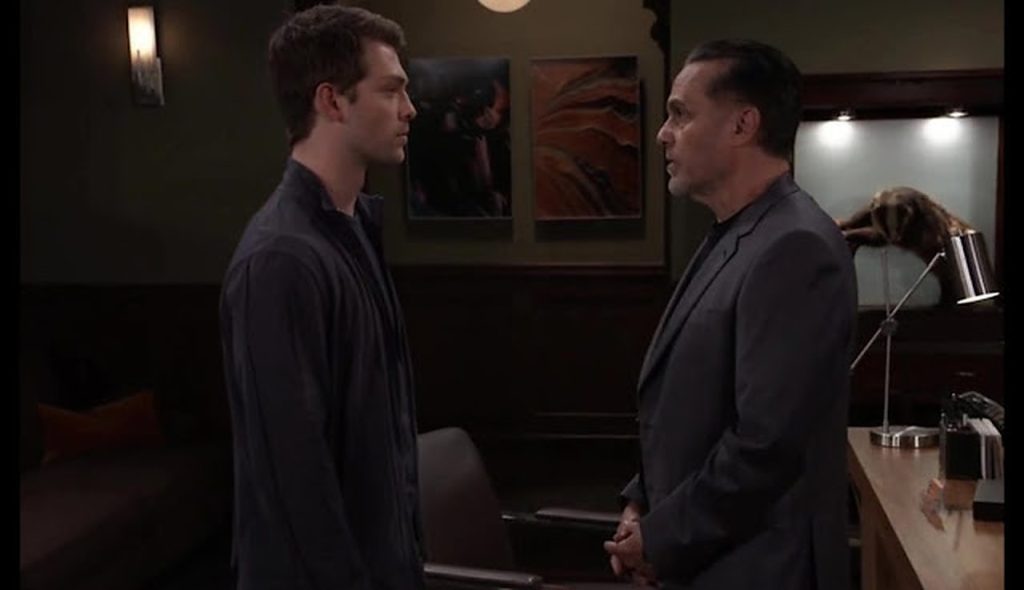 General Hospital: Dex Flips On Michael, Decides To Be #TEAMSONNY

General Hospital spoilers for the upcoming episodes reveal a new twist in Dex’s dynamic with Michael. Previously, we saw Michael hire him to snoop around Sonny in his organization. Dex was happy to earn a little extra cash on the side for his work, but things had suddenly gone out of control.

Dex almost died and is now a suspect in the town’s “hook” crimes. He is in quite a pickle and will need help to survive the ordeal. Michael has not been helpful or resourceful. So, it is speculated that Dex will be done with Michael and might join hands with Sonny to pull him down. In this battle between father and son, will Dex emerge as the victor, or will he be another pawn? We will have to wait and watch to find out what happens.

Dex Is In Trouble

General Hospital spoilers suggest things are going to get twisted for Dex in the upcoming weeks on the soap opera. Of course, he never signed up to become the prime suspect for the “hook” victims. He knew things would get rough if he decided to work with Michael, but he never expected the mess to hit the fan this way! Dex is now entangled in this mess.

Previously, we saw he decided to join Sonny’s organization as Michael’s spy. Now he is facing a threat. Sonny has started being suspicious of Dex, and it is not something he had foreseen. It is evident that Dex is not responsible for the crimes, but things have gotten rather difficult. This brawl will enable him to understand who is more powerful between Michael and Sonny.

General Hospital spoilers suggest that watching Dex struggle to survive this ordeal might make Sonny respect him. Regardless, Dex is in an unfortunate position but respects Sonny for being a family man. In this peculiar situation, Dex will have to make a call and choose who his boss is. Michael attempted to change Sonny’s focus

from Dex as the suspect, but it did not matter.

Moreover, despite knowing Dex’s ordeal, Michael left him on his own and went to the Quartermaine mansion. Hence, it is clear that Dex is not a priority for Michael. The only person who has been of any help to Dex is Josslyn. As soon as she heard the news about his hostage situation, she arrived to help him.

General Hospital spoilers suggest Josslyn will be the one to discover Dex in a tied-up fix. This event will blow Dex’s lid off, and he will decide to make a choice. It is speculated that he might change his allegiance to Sonny out of fear of the consequences. Or will his next step be worse than his previous mistakes? Dex was okay

with taking Michael’s money to do undercover work.

However, he did not agree to die in the process! General Hospital Spoilers suggest Dex might blackmail Michael to pay him extra for the ordeal he put him through. Or, he will threaten to join hands with Sonny and bring him down. Previously, Sonny was ready to take up arms against Dex, and Michael could have tried to stop him. However, this was not the case; hence, Dex does not owe anything to anyone. General Hospital airs weekdays on ABC. Stay tuned with TV Season & Spoilers for the latest news and updates.