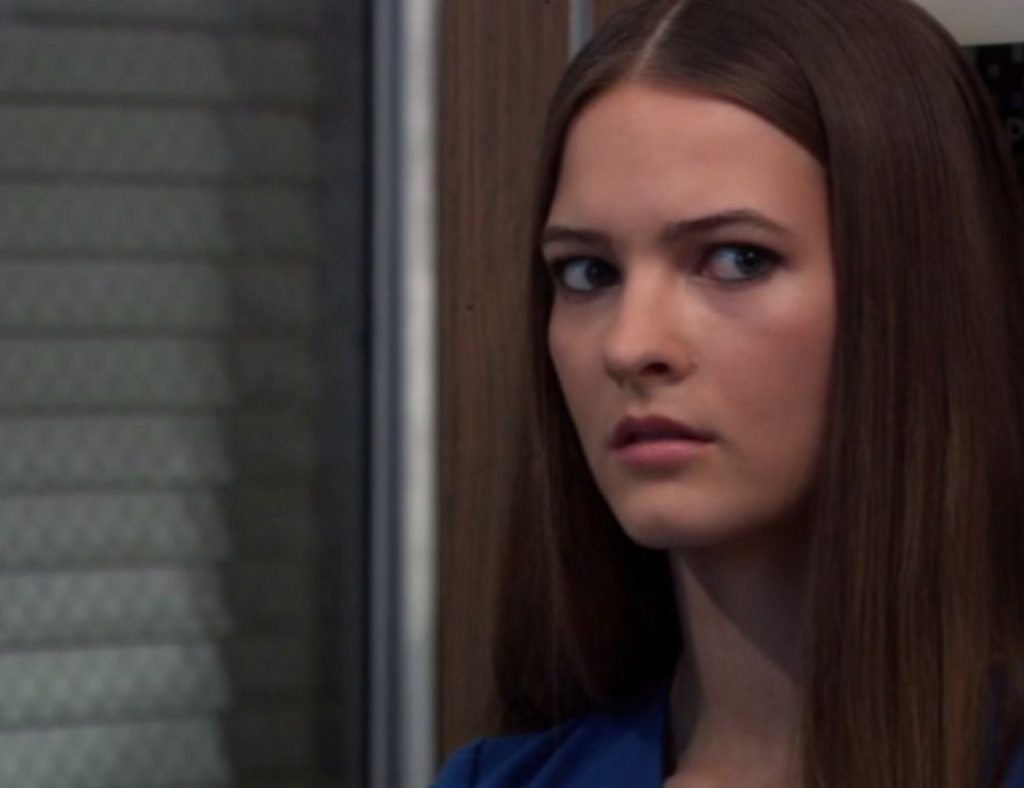 General Hospital has been dropping bomb after bomb on viewers off late. The biggest of them in recent times has been the return of Esme. Oh, wait! The return of Esme AND her baby bump! Viewers remember that in the past, Port Charles citizens had presumed her dead after she fell off the parapet into the dark waters after an altercation with Ava. Post that, Ava and Nikolas had written her off as dead and tried to move on with their lives. However, she returned! And gave Nik the shock of his life by revealing she was pregnant with his baby.

Esme’s Return On General Hospital, With A Baby On The Way

Nikolas was stunned when Esme walked up to him in the flesh. Alive and well on General Hospital. However, the ground beneath him shook when she told him she was pregnant. Of course, Nik did not immediately buy her claims. She has pulled too much unimaginable crap over the years to be so easily trusted. Viewers, too, have been having a hard time accepting that she could be really pregnant. And, even if she is pregnant, there is a chance that the father could be someone other than Nick.

However, to be on the safer side, a panicked Nick imprisoned Esme in the north tower of his castle. He could not just risk her roaming the streets of Port Charles and babbling the baby truth to anyone who was willing to listen. Needless to say, it would also be the end of his marriage with Ava if she was to find out. So imprisoned in the castle, Esme remained. While there, she showed no sign of her pregnancy is fake. In fact, the she-devil has now managed to escape Nik’s clutches and is on the loose to create havoc in General Hospital. Although, spoilers suggest that she could be up for some health troubles!

Just as we were starting to accept the minute possibility that Esme could be telling the truth about being pregnant, a bomb dropped! The latest General Hospital preview video shows Esme touching her belly and saying, “Bye bye, baby.” With a rather unreadable and blank look on her face. What is going on in her mind? Were we right all along in thinking she is faking her pregnancy? And she finally reveals that she isn’t pregnant after all and was playing mind games with Nik for revenge!

Or, maybe she really is pregnant and, in a bid to escape, makes a dangerous move that could risk the baby’s life. Generally, no mother would pull a stunt that could prove dangerous to their baby. But this is Esme we are talking about! The woman knows no love. Esme has never had a real family in General Hospital, nor has she experienced actual love from anyone else. Moreover, let’s be honest, she is twisted as hell. There is no telling what she would do to meet her purpose! Could she do the unthinkable of risking her baby?

Spoilers do point at her getting into some health complications and Liz coming to her rescue! Looks like General Hospital just became all the more intriguing and intense! Stay tuned to ABC over weekdays to find out what happens next on the soap! Meanwhile, please let us know in the comments if you think Esme is faking her pregnancy or if she would be willing to risk her baby’s life to get what she wants!