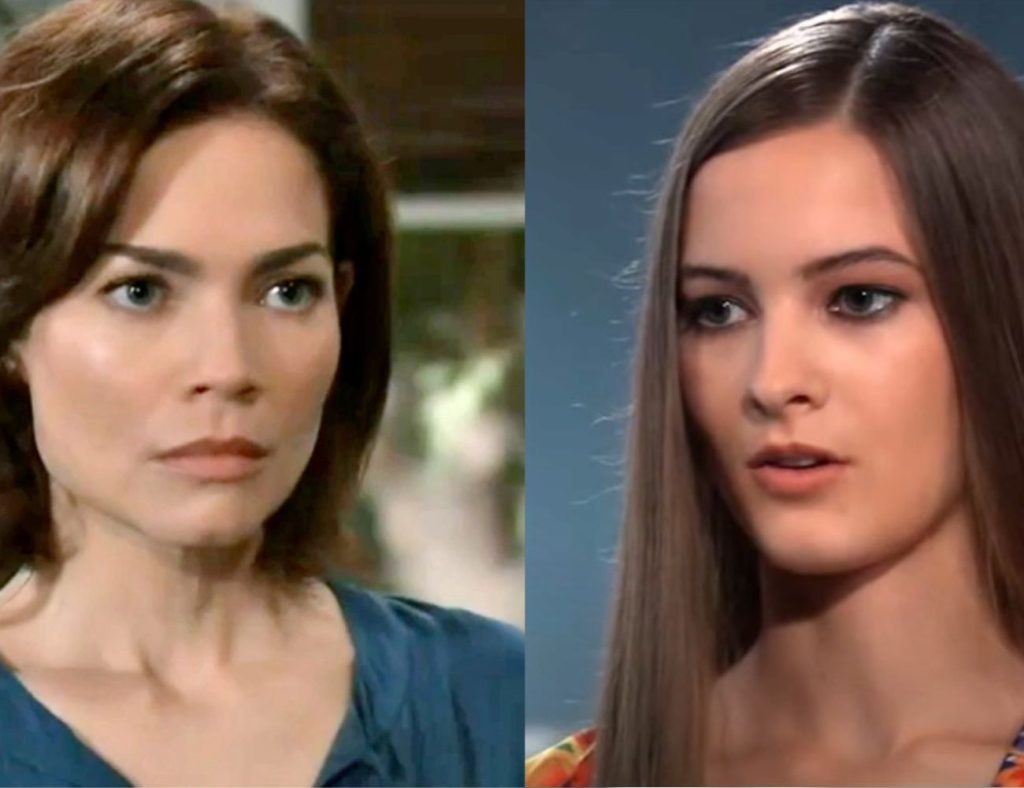 General Hospital has done a fine job of flipping Esme Price’s character a 180 on the famous ABC soap. The teen devil who was once the hunter is now an innocent lamb. Following the vents of her trying to escape Nik’s captivity, she jumped into the waters and ended up at the hospital. Thankfully, she and her baby survived the fall. However, her memory did not. Currently, on General Hospital, Esme cannot remember squat. She has no clue what led to her pregnancy, nor can she recall how she landed at the hospital. The only breath of relief for her now is Elizabeth Baldwin.

A Dismayed Esme Leans On Liz For Support

When Esme woke up in the hospital after her fall, she had lost her memory on General Hospital. The amnesiac mom-to-be could not recall the events that led to her fall. Neither does she remember who the father of her baby is. However, in the previous episodes, Esme’s ex-boyfriend Spencer Cassadine told her he could be her baby’s father, Although he assured Trina that he wasn’t. Perhaps Spencer was bluffing to see if Esme really had lost her memory. Her current behavior indicates that she, in fact, has lost her memory.

However, Esme’s amnesia has come as a blessing for one woman, Liz. Nikolas had embroiled Liz with him in keeping Esme captive. However, Esme doesn’t remember Liz’s involvement in it anymore. Moreover, she feels connected and safe with Liz. While talking to her yet-to-be-born baby, Esme said that Liz has been so nice to them and takes such good care of them. She clearly has begun to trust Liz a lot. The last General Hospital spoilers tease that Esme will make a shocking request to Liz. What could that be? Keep reading to find out!

Esme may have forgotten what transpired between her and Liz on General Hospital, but Liz remembers. She probably even harbors some guilt regarding her involvement in the circumstances that led Esme to take the drastic step

. However, is her guilt big enough to accept the request Esme could make in the upcoming episodes? Currently, it seems that along with her memory, Esme has also forgotten her evilness. Esme has been showing her softer side on the soap, which, frankly, we didn’t even know existed. Consequently, Esme might feel that, given her current situation, she is not ready to be a mother.

Esme can’t even remember who her baby daddy is on General Hospital. She is struggling to put the pieces together but failing. Moreover, the only person she seems to trust right now is Liz. Hence, she might ask Liz to adopt her baby and raise it as her own. In the upcoming episodes, Esme may begin to feel like she can’t provide her baby the stable life it deserves. And will look to Liz to step in as the infant’s mother. Will Liz accept Esme’s request? Moreover, given her own tragedies, is Liz prepared to be a mother? Perhaps she will decline and offer support in helping Esme raise the child.

What do you think? Do you think it would be the right decision for Esme to give away her baby? Please share your views with us in the comments below. Meanwhile, stay tuned to ABC to see what happens next between Esme and Liz on General Hospital.