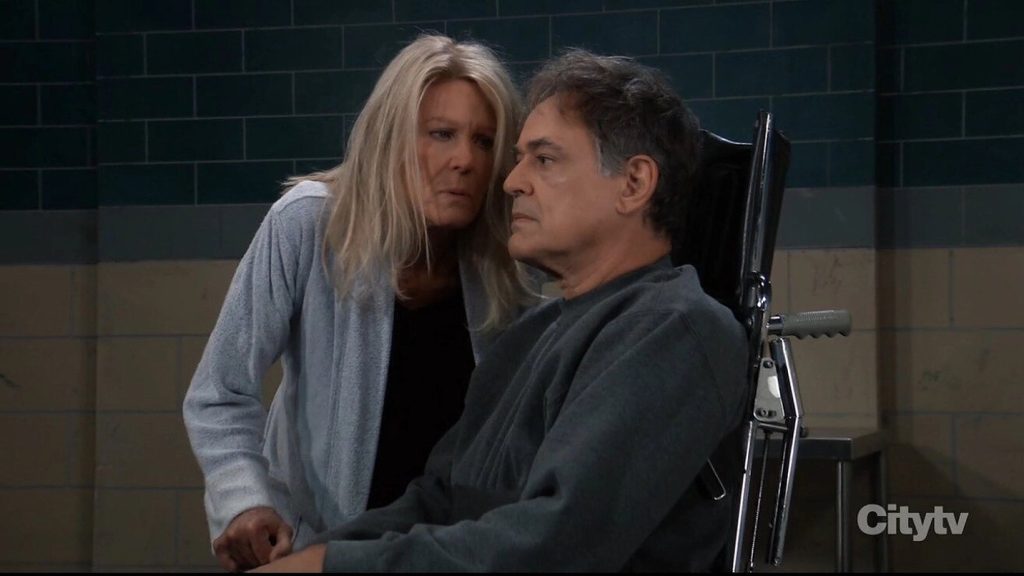 General Hospital: Ryan HOOKS Heather, Wants Her Away From Ava And Esme

General Hospital spoilers tease that Ryan might hook Heather and want her away from the track. Chances are that Heather might again plan to hook Ava which might piss Ryan off. He might decide to throw Heather out of the way. What might exactly happen if Ryan to take such a drastic step? Let’s discuss what Heather might come up with and if Esme sees her father’s true face.

General Hospital already disclosed that the hook killer is none other than Heather. Even though she is the killer, Ryan kept telling her to surrender and get Esme out of the mess. Because of Heather’s crime, everyone in the town were thinking that Esme is the killer. Recently on the show, Heather and Ryan shared their dream to build a family with each other. Even though Ryan wants to build one with Ava, he still acted like he can also include Heather.

Chances are there that Heather might not like to include Ava in this family since she doesn’t like her. Fans know that Ryan is obsessed with Ava and can never exclude her from his plans. So, he may eventually decide to take Heather out of his family. Seeing how Ryan is preferring Ava over her, she may decide to hook Ava next.

This may be just an eye-opener for Ryan, who may eventually realize that Heather is not just a problem for Esme but also for Ava. Will Heather’s plan to attack Ava backfire on herself? What will Ryan plan to do to keep her away from Esme and Ava? Let’s discuss that.

Looks like Heather’s plan to attack might backfire on her. Although people in town already have started dropping their suspicion on Esme, Ryan may feel like this is the best time to save his family. General Hospital spoilers say chances are there Ryan might hook Heather this time to keep her away from Esme and Ava. What will happen after he kills her? As usual, Ava won’t be bothered, but what about Esme?

Fans are aware of how much Esme tried to find her birth mother, even when Ryan knew who it was, he kept it a secret from her. As for now, Esme is acting or really has amnesia, but it will be a huge problem once she regains her memory. Killing Heather might actually distance Esme from Ryan, she will know what’s the true color of her father. Whatever the case, Ryan might kill Heather for the sake of Esme and Ava. But this might also ruin the father-daughter bond. Stay tuned and watch General Hospital, it airs every weekdays on ABC. For more updates and spoilers, visit our website, TV Season & Spoilers.