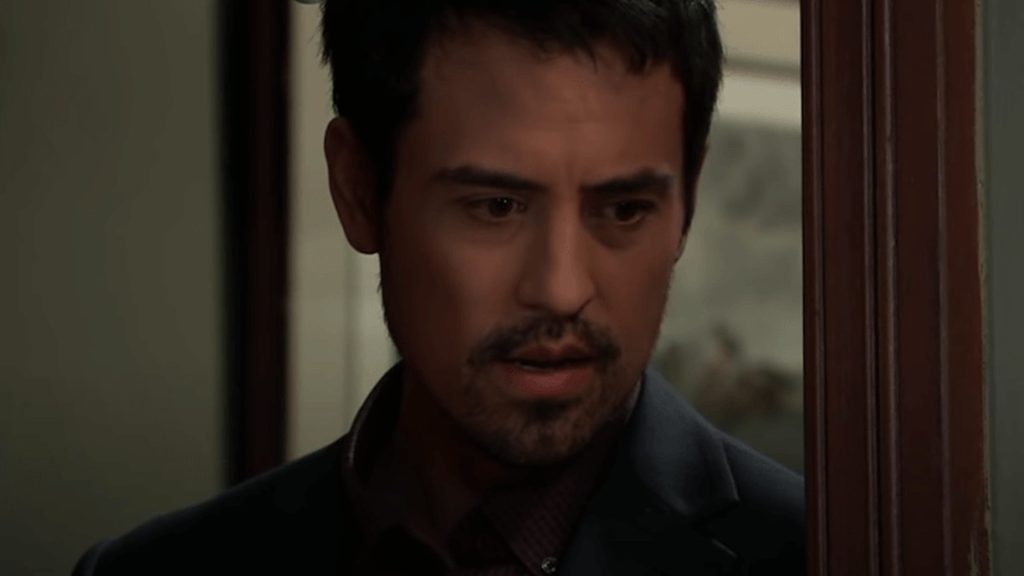 General Hospital February sweeps 2023 reveal that Willow might take some time but will eventually forgive her mother. That certainly won’t be applicable to Michael, who won’t want to forgive Nina for her past deeds. Over with Anna and Valentin, their search for Lucy will lead them to a new place where Rene will join them in their mission. As for Anna, she will have some trust issues with Rene. Who is this, Rene, and where are Anna and Valentine? Keep reading and find out what GH has in store for the viewers.

First, Nikolas knows that he is already in huge trouble, so he will seek some help from Laura. General Hospital spoilers say Laura will have a bad update for him in the coming weeks. Looks like Ava and Victor will make a dangerous move putting Nikolas in more trouble. This might either be about Esme’s baby or his confession of trying to kill Esme. Whatever it is, Nikolas will surely feel that his walls are closing and make a major decision because of it.

Of course, he won’t want to end up in prison for a murder attempt and kidnapping Esme. So, he may choose to escape the town. It will be interesting to see whether he escapes or land in jail. While Victor is targeting Nikolas, Valentin will reach Victor’s office. Their search for Lucy will bring them to Paris. Valentin will call in his former ally, Rene. Anna will have trust issues on her and will wonder if including her in the team is the right thing to do.

Coming up next, Willow and Michael already made it clear to Nina that they will never forgive her for her past deeds. General Hospital spoilers suggest Willow might not accept her mother for now, but their bickering won’t last longer. Even if she fights and lashes out at Nina, Willow is very forgiving

from the heart, so she will eventually forgive her.

However, this life-saving bone marrow transplant might be the right start for their bond to grow. Nina will be ready to give Willow as much time as she needs to but will only hope to end their enmity. On the other end, Carly will still continue to face the music. Sonny will accuse her of taking revenge on Nina for such a sensitive issue. Fans know that Carly just wanted to save Willow. Michael will also be upset with her since it was Willow’s decision to be with Nina or not. Carly is not the right person to make a decision for her.

At Spring Ridge, Ryan will have another disagreement with Heather. General Hospital spoilers say it might involve her next move to target someone in town. He will warn her to watch her step since he will be feared of getting caught. If Heather lands in jail, Ryan will also go down

with her. Although both had plans of building a family together, Heather will witness his evil side. He still is that dangerous person from within, even if he talks about children and family.

Finally, Cameron will witness something upsetting. So, chances are there, he might see Josslyn and Dex kissing each other. It will definitely break his heart if he finds that Joss cheated on him when she was in relationship with him. Stay tuned and watch General Hospital, it airs every weekdays on ABC. For more updates and spoilers, visit our website, TV Season & Spoilers.