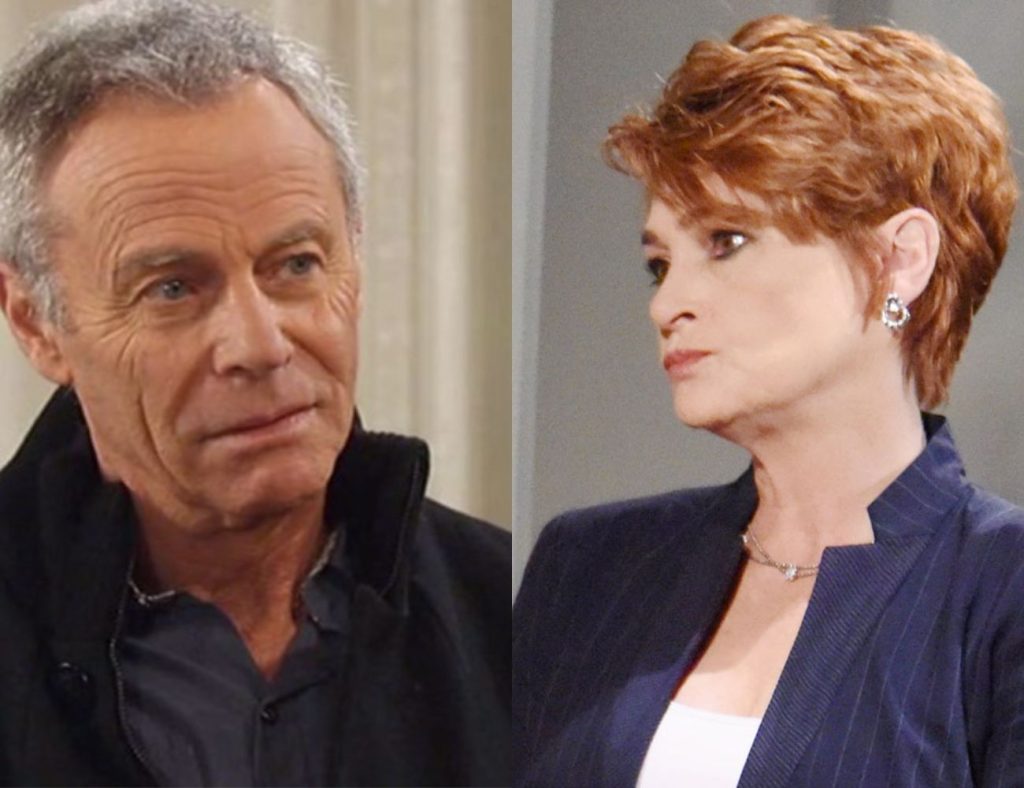 For two long years, the citizens of Port Charles believed Holly Sutton to be dead on General Hospital. In attempt to get Robert and Anna off his trail, Peter had decided to hit Robert where he knew it would sting the most. Holly was Robert’s weakness, and when Peter needed to divert Robert away from all his schemings, he kidnapped Holly and made it look like she was dead. However, two years later, a disoriented Holly walked back into Port Charles and back to Robert. But it looks like her time in PC is up again and she is about to leave behind Robert heartbroken. Will he find comfort in Diane?

Holly Is Forced Out Of Port Charles All Over Again

When Holly returned home to Port Charles after two years of being presumed dead, she came back a changed woman. Her behavior was odd and sketchy on General Hospital. It left viewers as well as all her friends baffled as to what was she up to. It was soon revealed that Holly did not just stumble back into town. She was, in fact, brought back by evil kingpin Victor Cassadine. He had been blackmailing Holly into doing all his dirty deeds as he was holding her son Ethan hostage. Understandably, Holly was left with no choice but to do Victor’s bidding for her son’s sake.

She confessed to Robert that she was the one who shot Lucy and then framed Anna for it. Furthermore, things get increasingly complicated when Victor forces her to steal the Ice Princess Necklace. The necklace is in Robert’s protection on General Hospital, and the heist puts Holly directly up against the man she loves. During the mission, Holly finds herself caught between a fire and the police asking her to surrender. But can she surrender? If she does, Victor may kill Ethan, as Holly would have failed her mission. This will put Holly in a real tough spot and she will have no choice but to find a way to escape the authorities one last time and never show face again.

Robert Is Heartbroken, Finds Solace in Diane On General Hospital

Robert Scorpio could not contain his happiness when he saw Holly alive, in the flesh, On General Hospital. He has been by her side ever since she returned. Despite the fact that he knew there was something wrong with her, secrets or games, he wasn’t sure, but he stood by her regardless. Now, if Holly leaves town again, Robert’s heart will be in pieces. He will find it really tough to deal with the loss of losing his dear Holly all over again. However, spoilers suggest there might be someone waiting in line to give Robert all the comforting he may need.

Ever since Diane was attacked by the horrid Hook Killer, Robert had been checking in on her and the two had been spending a lot of time together. If Holly leaves Robert behind heartbroken in General Hospital, Diane might want to return the favor. She may check in to see if Robert was holding up okay and the two might get closer. Robert may lean on Diane, and things could take a more romantic turn from there. However, as of now, there are no concrete reports whether Holly would leave temporarily or if her time is up for good. So stay tuned to General Hospital on ABC, to find out what happens next in Holly and Robert’s life.