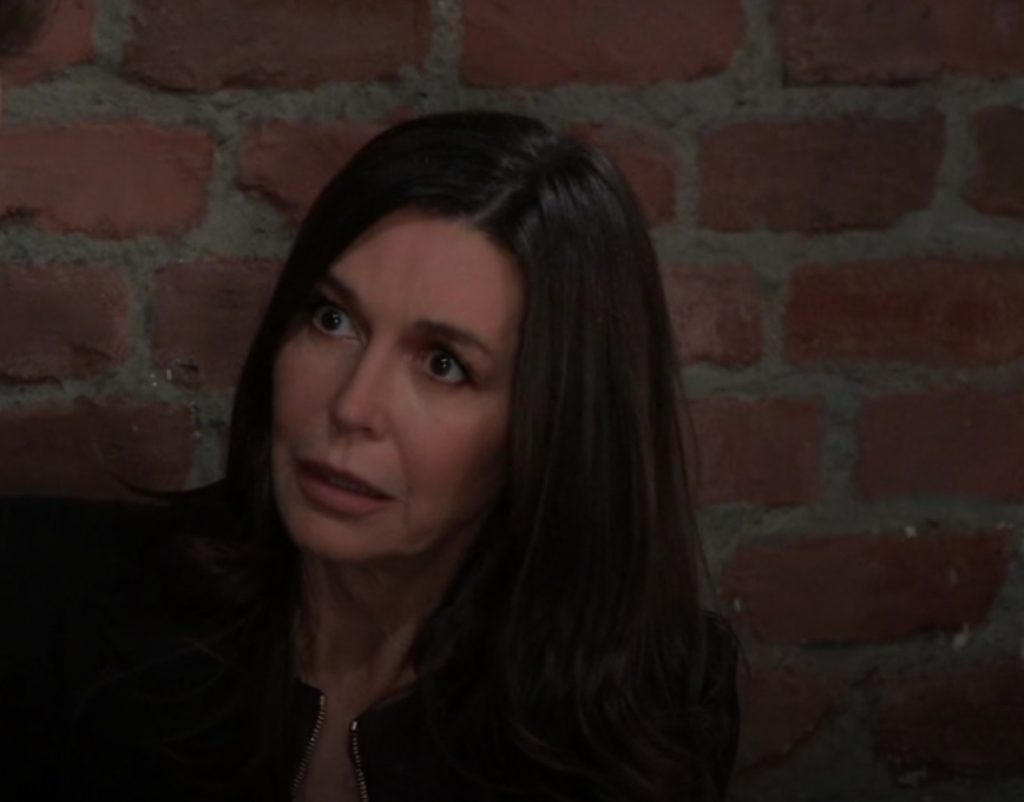 General Hospital: Is Anna Next On The Hook Killer’s List? SERIAL KILLER ON LOOSE

General Hospital spoilers tease that the hook killer is on a killing spree. After attacking Ava and Brando, hints point toward Valentin’s love interest, Anna, to be the next target. If that is the case, will Anna also land in the hospital like the other two, or will someone come to rescue her? Read further to understand what GH writers are planning to make the storyline more interesting.

With the recent attacks, looks like someone is on a killing spree. Last week we saw how Ava was attacked with a hook. Fortunately, she survived the deadly attack. General Hospital showed how everyone was scared that a hook killer was roaming scot-free in Port Charles. At that time, Jordan did mention to Sonny that it looks like more is to come.

Indeed, Jordan’s hunch was absolutely correct. The hook killer targeted another citizen. And this time, it was Brando! Everyone in Port Charles prayed for him. even though he showed signs of recovery, but he ultimately succumbed to the injury. Looks like Brando’s few minutes of gaining consciousness was only to provide the clue. He informed Jordan that he heard metal clinging before he was attacked.

Later, Portia will discover something horrifying in Brando’s test results. Chances are there that Portia will inform Jordan that she found traces of poison in Brando’s body. Whatever the case, this just shows that the killer is thirsty for revenge. By hook or crook, he or she wants the target to die. If not by the hook, then the poison will eventually kill the victim. Now that Brando is gone and Ava is in hospital, who will be the killer’s next target? We will know that.

Just like how we check the list once things are done, the killer is also doing the same as he or she makes progress with the targets. After killing Brando and nearly killing Ava, who will be the next target on the list? The recent spoilers of General Hospital point toward Valentin’s love interest – Anna.

On 21 September 2022, Anna will ensure Valentin that she will be careful while crossing the pier. However, poor Anna will not know that the hook killer is lurking at her from a distance. Without knowing anything, she will walk down the pier. Chances are that this is where the killer will try to attack her.

GH preview video for the week showed Anna and Valentine terrified for some reason. If we connect the dots, it looks like Valentin will jump at the right time to save Anna. Even though the killer will try to attack her, but looks like this time she will be saved. However, does that mean Anna is the next target? If not now, will the killer wait for another chance to finish her off? We will know that in the upcoming episodes.

With all the danger and horror, the police need to speed up the process of finding the killer to ensure everyone’s safety. Stay tuned and watch General Hospital, it airs every weekdays on ABC. For more updates and spoilers, visit our website, TV Season & Spoilers.