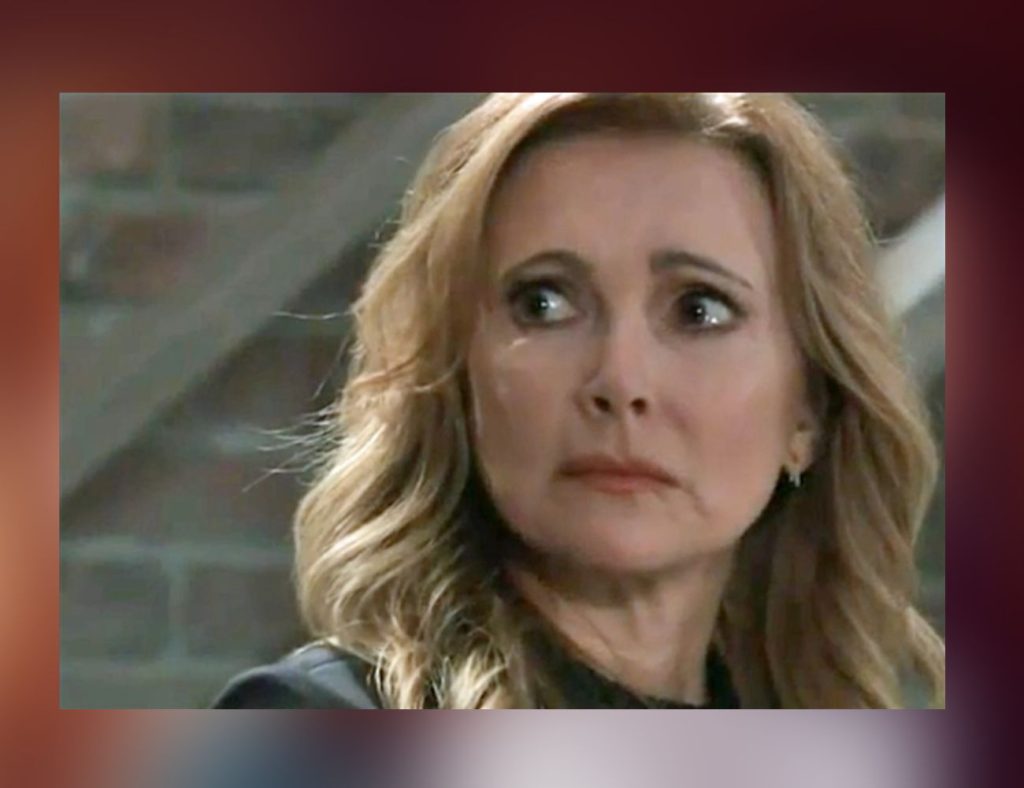 General Hospital: Is It THE END Of Holly, ALREADY?

It seems like just yesterday when Holly stumbled back to Port Charles on General Hospital. After being in captivity for two years and being presumed dead, Holly showed back alive. Her return not only sent her beloved Robert over the moon, but also all her fans. However, it seems like her current predicament, thanks to Victor, is forcing her out of Port Charles yet again! So, is it the END of Holly? Or will we be in for a pleasant surprise later on? Let’s dig in!

Holly did not just randomly walk back into Port Charles. She was brought back by the criminal menace, Victor Cassadine. Ever since she returned, she had been working under Victor’s thumb at General Hospital. He had been pulling her strings, making her do all sorts of evil, for example, spying on Robert and shooting Lucy, then framing Anna for it. Holly had to be compliant, as Victor has been holding her son, Ethan, hostage. However, things took a severe turn when Victor ordered her to steal the Ice Princess Necklace from Robert’s safekeeping.

Seeing no choice, Holly pulled the heist, she stole the necklace, and hid in a cabin. Determined to deliver to Victor, so he would spare Ethan’s life on General Hospital. However, her plans hit a snag, and Robert, along with fellow cops, shows up outside the cabin, asking Holly to surrender. Just as we thought, Holly has no choice but to surrender, she did the unthinkable. Holly set the whole cabin on fire and let the flames consume her! Right there, in front of her beloved, Robert. Does that mean Holly is dead for real? Were we seeing the last of her and didn’t even realize it until it was all over?

Holly Emerges Out Of The Fire Like A Phoenix

Okay, we gotta give it to General Hospital for making us skip a heartbeat or two right there! When the cabin went up in flames, it looked like Holly and the necklace with the Ice Princess diamonds went right up with it. But, Hell No! Holly walked out of the cabin with fire flying off her clothes! And no, GH is not going all outlandish with superpowers and all, it was a ploy! Robert and Felecia orchestrated the whole thing to make it look like Holly died in the explosion. However, she and the necklace survived, courtesy fireproof clothing!

Later, Felecia hands Holly a passport to get her out of the country. Which sadly means Holly is definitely leaving Port Charles. However, it is yet to be seen if she is stepping away from General Hospital for good or if she will return to avenge Victor. But for now, Holly has left, although not before handing the necklace back to Robert and exchanging emotional goodbyes with him. Meanwhile, in another part of the town, Victor is furious to know that Holly and the necklace are combusted. Enraged, he sips on his drink, which has been nicely spiked with a drug that Holly provided Selena.

While it breaks our hearts that Holly is gone. At least for now, she is! But looks like Victor is about get a dose of his own medicine on General Hospital, Literally! However, Robert gave a tiny dot of hope when he said to Holly “This wasn’t our time.” Does that mean, there will be a better time for them to unite in the future? Stay tuned to General Hospital on ABC to find out!