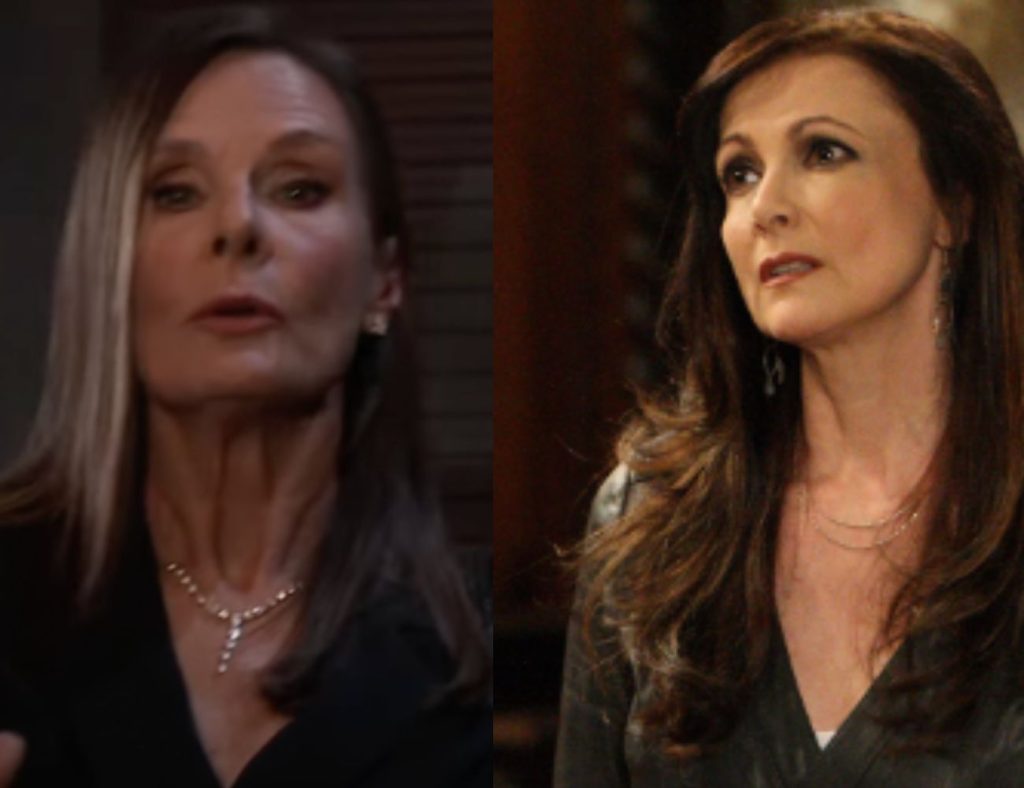 General Hospital was already reeling in the terror of The Hook Killer when Lucy was mercilessly shot to death. The shock of the incident doubled when viewers realized it was Anna who shot Lucy. However, it didn’t take long for viewers to put two and two together, and it just had to be a Victor ploy at play. However, the latest spoilers suggest that Lucy is, in fact, alive. Furthermore, in an even more shocking turn of events. Spoilers reveal it was Holly who shot Lucy! So, is it possible that she is holding Lucy hostage? But why? Let’s find out!

Ever since Lucy’s shooting was aired on General Hospital, speculations were rife that Anna could not do it. Viewers strongly believed that Victor plotted to have Lucy killed for betraying him. And, he had Anna framed for it, just to get her out of his hair. Now, ever since Holly returned to Port Charles, she hadn’t been her real self. Her odd behavior made viewers wonder if she had anything to do with Lucy being shot. Looks like the speculations have hit the bulls eye!

In a recent episode, While talking to Laura and Robert, Holly had an emotional outburst. She expressed her devastation at how people are being used, and by the time it comes to forth, it gets too late. Holly then went on to insist that Anna cannot be responsible for Lucy’s disappearance and that she could bet her life on it. When Laura asked her if she knew anything about the real truth behind the incident, Holly backtracked. Later, Holly remembered, in a flashback sequence, that she shot Lucy on General Hospital and was wearing an Anna mask while doing it!

The only proof that was ever found post the shooting was some blood and Lucy’s shoe. A dead body was never found. Even in the surveillance video, Anna can be seen shooting Lucy and that’s all. However, now we know that it really wasn’t Anna. It was in fact Holly who shot Lucy

on General Hospital. In her flashback, she shoots Lucy and then removes her Anna mask and stuffs it in her bag. But who’s to say that the incident ended there? We know Holly is not a violent person. Besides, she is doing it all only under Victor’s pressure. He is surely holding her loved one hostage.

It won’t come as much of a shock if it’s later revealed that Holly used rubber bullets to shoot Lucy. Planted some fake blood and the shoe to create the murder site. Then, transported an unconscious Lucy to a safe location. Holly is no killer, but she had to hide Lucy to make Victor think she killed her. General Hospital spoilers have revealed that Lucy will return to seek revenge on Victor. Perhaps, she will somehow escape her captivity and come back to Port Charles. However, there is also a possibility that Lucy and Holly are in cahoots and Lucy is just hiding and waiting for the right time to strike at Victor!

Whatever the case may be, it will surely be intense and intriguing to watch how all of it plays out on screen. So stay tuned to ABC over weekdays to find out what actually happened to Lucy on General Hospital. Meanwhile, if you have any theories, the comment section is all yours!