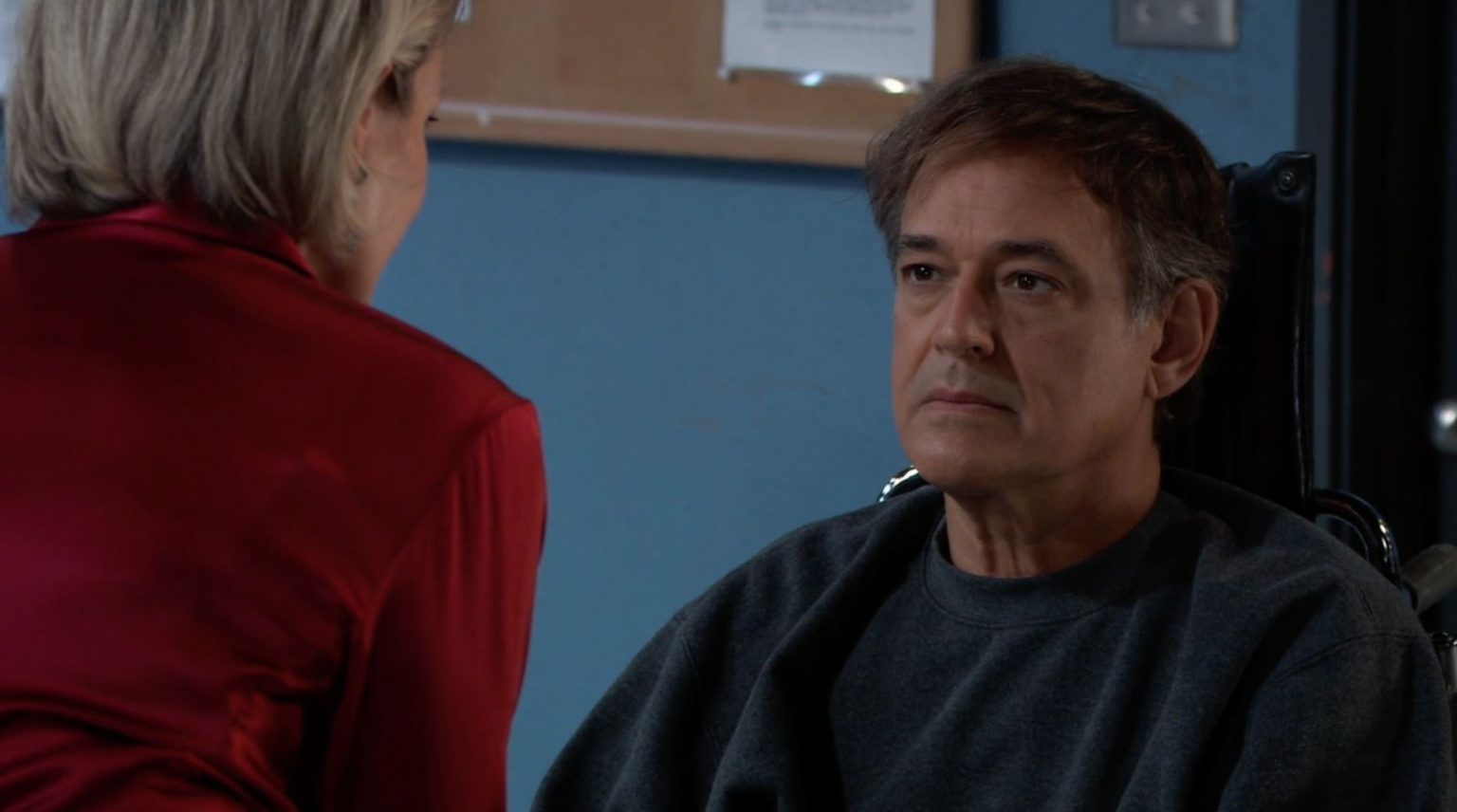 General Hospital spoiler teases that the hook killer is on a killing spree. Looks like he or she has a set list of people to attack. Who is so sinister in Port Charles that they are not afraid to get caught? Maybe someone who knows people can’t suspect them. What if it is Ryan? People already think he is in prison, so it is obvious that people will strike his name off the list of suspicious people. Moreover, Ryan also has motives. Let’s discuss the possibility of Ryan being the killer.

One by one, people in Port Charles are getting attacked. This spree started with Ava, who fortunately survived. However, the next to get attacked was Brando, who lost the battle. Everyone is rattled by the anonymous hook killer who is on a killing spree. Initially, Brando showed signs that he could pull it through. But it turned out to be just a chance for him to spill a clue. Unfortunately, he succumbed to his injuries.

However, the General Hospital spoilers suggest that he or she was not going to stop here. Immediately, the speculations next targeted Anna. However, Valentin jumped at the right time to save her. At the hospital, Portia discovered some shocking updates from Brando’s test results. General Hospital showed that Brando’s body had traces of poison. It looks like the hook was first rubbed with poison before attacking. The killer wants their target dead either by hook or by crook. If the target doesn’t die by hook, then they will definitely die of poisoning.

This intense planning just shows how much wicked of a butcher he or she is. The real question is: Who can possibly be this fearless in Port Charles? One after the other attacks just proves that the killer is confident they won’t get caught. Well, does that mean that he or she is already caught and in jail or is something else there? We can’t strike that hunch for now.

General Hospital Spoilers: A Person Already In Prison – Could It Be Ryan?

Looking at the sinister way through which the hook killer is attacking people, one thing is clear, The killer either has to be awfully revengeful or someone who can’t easily come under the suspicion radar. Well, if we look closer, these points sit perfectly with Ryan. Right now, he is the one who is dangerously revengeful and is locked in prison. Not only that, but Ryan also has made everyone believe that he indeed has locked-in syndrome. But General Hospital fans know that all of that is a facade. So, no doubt, absolutely no one is going to suspect Ryan.

If you think about how he can escape the prison to carry out the attack? Well, Spencer is the perfect example that anyone can take undetected field trips from a low-security prison. Fans know that the killer first attacked Ava. Ryan has a long-term obsession/ sour attitude towards Ava. So, it won’t be a surprise if she tops the target list. After her, the attacker also targeted Josslyn, but Brando came in the way. Josslyn was one of Esme’s rivals. So, perhaps he first went to end his enemy and then his daughter’s.

Fans might remember the clue Brando gave to Jordan – clinging metal sound. It could simply be a set of keys given to him to have easy access to Spring Ridge. The recent episode of General Hospital showed that Alexis wanted to publish an open letter to the hook killer. Through this, the people will be able to call out the killer and what he wants.

Well, if Ryan is actually the killer, then he will have to watch his steps. Everyone thinks that he is behind bars, absolutely no one will suspect him. However, if he spills out too much in a response letter to Alexis, it would be easy to track him down. Let’s see what fate has in store for Ryan if he truly is the mastermind behind the bloodbath. Stay tuned as GH is going to air more mystery-packed episodes in the coming week. General Hospital airs every weekday on ABC. For more information on updates and spoilers, visit our website, TV Season & Spoilers.