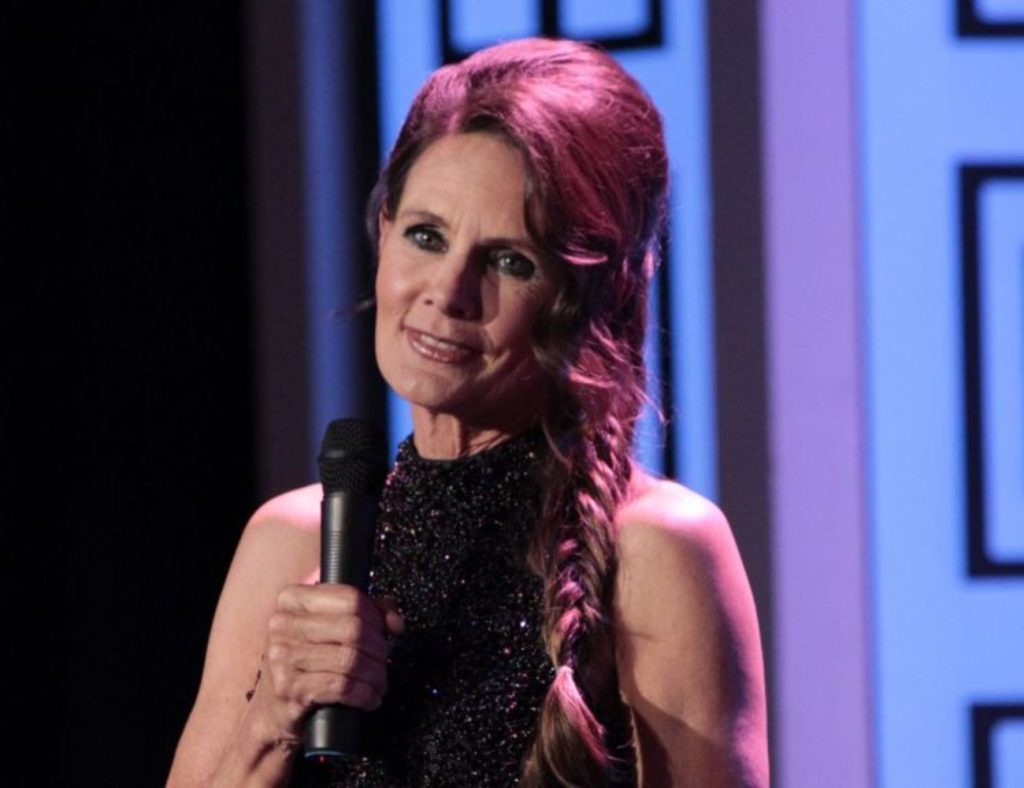 General Hospital fans skipped a heartbeat when they saw Anna point-blank shoot Lucy Coe on the soap. They again missed a few more heartbeats when they realized it was Holly who shot Lucy, wearing an Anna mask. Just as the fans were running out of spare heartbeats to miss, another shocker emerged.

Thankfully, this time it was good news! Holly confessed that she did not kill Lucy and just staged her death. However, this brought us a big question. Where is Lucy Coe? Well, looks like we will get the answer from the horse’s mouth itself! The latest General Hospital spoilers tease that Lucy will make a big comeback on the Nurses Ball!

The Ongoing Hunt For Lucy Coe

Ever since Anna and Valentin learned that Lucy is alive at General Hospital, they have been on a quest to find her. They need her back in town to be able to clear Anna of allegedly murdering Lucy. The two are convinced that Victor is holding her hostage in some far-off place. However, they don’t know his motive behind keeping her alive and in captivity. Earlier, it seemed that Victor had Lucy killed because he found out that she was spying on him. It was his way of punishing her for betraying him. But it seems like he has a bigger motive here. Otherwise, he wouldn’t keep her alive. After all, Victor Cassadine is not averse to murder.

Currently, Anna and Valentin are in the Netherlands trying to seek leads for Lucy at General Hospital. There, they had a meeting with an old Cassadine accomplice, Maddox. He nudged Anna and Valentin towards Paris, France. General Hospital spoilers tease that it is in Paris that they will find more solid clues to Lucy’s whereabouts. Anna will bump into a little french boy who will lead them to a building where Lucy could be. However, there is no news yet on whether or not the duo will find Lucy in the French building.

Lucy Coe Returns To General Hospital On The Nurses’ Ball

Earlier this month, we reported that General Hospital’s iconic charity event, the Nurses Ball, is returning this year. It will coincide with the week of the 60th Anniversary Celebration of General Hospital. The official press release that announced the Nurses Ball also teased that many iconic characters will be returning to expose a notorious villain. We know that Lucy Coe has been the torch bearer for the Nurses Ball since the word go. Hence, it is impossible to accept that the Ball will happen in her absence. Especially not when it has already been revealed that she is alive.

Actress Lynn Herring as Lucy Coe has to be amongst the iconic characters that return to expose the mighty villain on General Hospital. Moreover, it is high time someone brought down the evil Cassadine. And, who better than the ferocious Lucy? He was downright wretched with her. Furthermore, the ball is scheduled to air in the first week of April 2023. That gives Anna and Valentin enough time to trace and rescue Lucy from Victor’s well-manicured but poisonous clutches. Would you like to see Lucy make an epic comeback on the Nurses Ball and rip into Victor? If yes, then stay tuned to the upcoming episodes of General Hospital to watch it all godown.