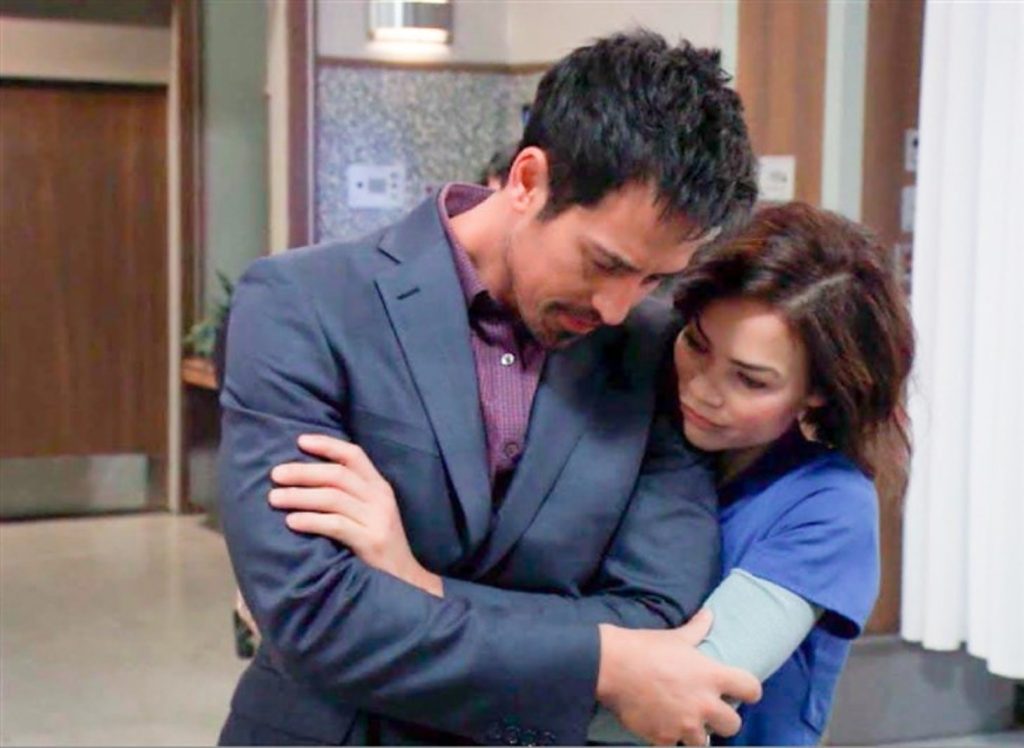 General Hospital: New Couple In The Making, Everything Is About To SHAKE-UP

Nikolas Cassadine has made his fair share of screw-ups on General Hospital. Some of them have blown up spectacularly in his face! In fact, he is paying the price for one of them heavily in the form of Esme and an incoming Esme junior! However, it seems like our boy Nik has learned nothing from experience. He is about to get involved in a torrid romance that can potentially blow up everything he has ever known in life. Keep reading to find out what could go down next on General Hospital.

There was a time when Nikolas and Elizabeth couldn’t take their eyes off each other. Although, nobody ever complained about that, they were gorgeous together on General Hospital. However, like true star crossed lovers their love for each other was just right, but their timings could never be. Like two ships in the night they have existed in the same plane but never have been able to be together. But their love for each other has never really faded over the years.

Even today, Nikolas is walking troubled grounds with his hands full of the whole Esme issue on General Hospital. While at the same trying to maintain his marriage with Ava which has already suffered many blows. Meanwhile, Liz too has gone through literal hell after Abigail’s death, and the who ordeal that followed lead her to discover that she was partially responsible for her husband’s first wife’s death.

That being said, now that Nik has embroiled Liz in his mess with Esme, the two will be spending a lot of secret hours together. We doubt it would take much for the two to reignite old passion. With the adrenal of imminent threats and the stirring love, they will surely fall in each others arms. However, that could spell literal disaster on General Hospital!

If Nik and Liz give into their pent-up feelings for each other that have been brewing up for years, they could send waves of shocks all across Port Charles. Liz and Finn’s relationship is already so strained on General Hospital. It will completely explode if Finn feels that Liz got intimate with Nik. And while we are on the topic of spouses, let’s not forget Ava. She did not take kindly of Nik cheating on her with Esme, imagine how she would react to the second round of betrayal! She is not a woman to be taken lightly and can unleash hell on Nik’s life.

Imagine Ava joining forces with someone as despicable as Vic tor, to get back at Nik? Ava sure does have a taste for power. And who can offer her more of it on General Hospital than Victor Cassadine! Then again, Cassadine senior has never been one to let go of a chance to create trouble, he will surely welcome Ava into team Vic with open arms! Furthermore, Spencer already despises his dad, and he is an impressionable young man. It won’t take Ava and Victor

to talk him into standing by them against his father, who just impregnated his ex-girlfriend, by the way.

Oh and speaking of the pregnant girlfriend! The fact that Esme came to Nik, she surely still wants a piece of him. So she definitely won’t be happy about Nik necking Liz. She might end up being the first to find out about them. And then be first to stir trouble for the star crossed lovers! What do you think about the above possibilities? Do you think Nik and Liz finally coming together would be worth the possible explosions? Please share your views in the comments. Meanwhile, stay tuned to CBS to find out what happens between them on General Hospital!