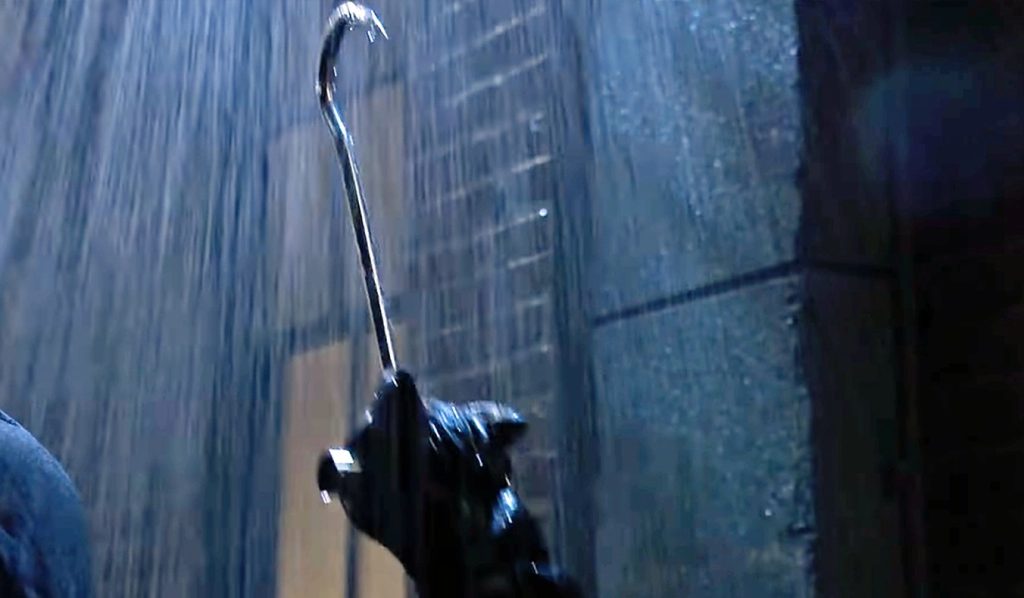 General Hospital spoilers for the next two weeks, from December 5 to 16, 2022, reveal that Britt will open up about her recent decisions to Austin. Next, Esme will also try to make Liz fool but will get caught. Over with Sonny, he will get some hints about Josslyn and Dex’s relationship, so he will deliver a stern warning to Dex.

During the week of December 12-16, 2022, Ava will get some shocking updates on Esme. Will that be about Esme’s pregnancy? Elsewhere, Drew might come to know about Carly trying to sabotage his efforts to search for Willow’s birth parents. Across the town, the Hook killer will also find his or her next victim. Will that be Cameron? Keep reading to know what is brewing in Port Charles this coming week.

General Hospital Spoilers For The Week Of December 5-9, 2022: Sonny’s Warning To Dex

This week, Sonny will get some hints about the growing relationship between Josslyn and Dex. So, he will deliver a stern warning to Dex. General Hospital spoilers tease Sonny won’t want his daughter to get dragged into any sort of mess. Elsewhere, Britt will confess about her recent decisions to Austin. She will inform him about her decision to leave the hospital and invest time in travelling and living a normal life. So, Austin will also open up about his complicated family problems with her. No matter what happens, Britt will continue to push Cody away from her, but it won’t take that long for him to understand her health crisis.

Elsewhere, Ava will try to trick Ryan and will manipulate him with words. She will tell him that Esme is no longer interested in being with Ryan. Once she tries to stir the pot even further, Ryan will agree to help Ava in finding Esme. Fans know what Ryan is made of, he certainly is just lying to Ava and trying to get under her skin.

Next, Esme will try to beg Liz to let her go from the mansion. General Hospital spoilers say Esme will argue with Liz and will threaten her that she will kill the baby if she doesn’t let her go. However, Liz will know that Esme cares about the baby more than she thinks since she secretly will hide some prenatal vitamin medicines to take afterwards.

Over with Finn, he will ask Nikolas to tell him what is going on with him. Looks like Finn will know that Nikolas has some special work for Liz, which she is doing. Since she can’t spill the beans about Esme, she will keep mum. Finn will only have Nikolas and will make request him to tell the truth. The spoilers say Finn will witness something shocking when he sees Nikolas and Liz together. Of course, he will get the wrong. We will have to wait to see where this storyline goes.

Next week, Drew will get some updates regarding Willow and her birth parents. Looks like Carly will again work on that from behind the scenes. General Hospital spoilers tease Carly’s sabotaging plan will backfire and will put her into trouble. Drew will also come to know about her plans and will want to know the real reason. Other General Hospital spoilers reveal Carly will later get some updates on Willow’s health crisis and will know the real reason herself on why she wants to know her birth parents.

Elsewhere, Ava will get a shocking updates about Esme. She will discover Esme’s pregnancy, and that will turn her world upside down. Either Ryan might spill the update or someone else, but Ava will surely get the shocking updates. Heather will also team up with someone to plot some sinister moves. So, it could be Ryan, keeping both of their personal problems away, Heather and Ryan might team up. Britt will also come clean about her disease to Brad.

Further on General Hospital, The Hook killer will again come to attack another innocent victim. General Hospital spoilers say this time, it might be Cameron who gets attacked. Josslyn is already decided to leave him, but she might need to hold that decision for some time. Everyone will be on high alert again as Christmas approaches.

Over with Spencer, he will misunderstand something about Trina as he will assume that she is going to get married instead of Portia. Nina will also think about her future with Sonny, so she might now try to start a conversation about marriage with him. Finally, Valentin will meet with Anna and will promise that he will somehow get her out of the whole mess. Stay tuned and watch General Hospital, it airs every weekdays on ABC. For more updates and spoilers, visit our website, TV Season & Spoilers.