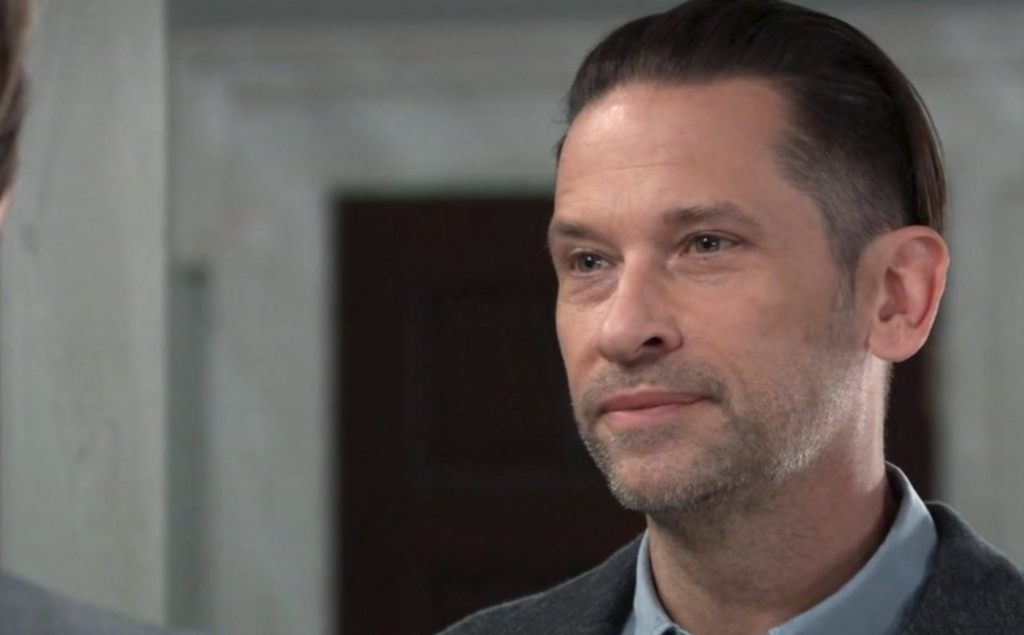 General Hospital Recap For August 11, 2022: Austin Gets Another Call, Portia Has To Act

General Hospital recap for August 11, 2022, reveals the ongoing sinister plot with Austin. The spoilers say that Maxie and Austin were talking about Damian’s crush on Britt. Austin seemed surprised because he thought Damian had a crush on Maxie. She reassured him that he was the only man in her life. They decided to make plans with the kids for the weekend. Austin left to attend a call and Maxie suspected that their weekend plans with the kids would get canceled.

Meanwhile, Portia assured Curtis that she would have to deal with Rory alone at the hospital. Diane called to tell her about the announcement of the verdict in Trina’s case. Portia realized that she had to act fast to save Trina Robinson. What would she do? Here is all about it.

Maxie Had A Chat With Austin

In this episode of General Hospital, Maxie apologized to Austin for arriving late at the Metro Court Gardens. The two of them discussed Damian’s crush on Britt and Austin was surprised to hear that. Austin always thought Damian had a crush on Maxie. She told him he was the only guy she was interested in. Later, they discussed their weekend plans with the kids. Austin gave Maxie a pamphlet with some information about weekend activities.

Maxie asked Austin if he was ready to have a family of his own. He got a call on his phone before he could answer her question. When he came back after taking his call, he told her the call was about a property he owned in Pautuck. After the chaos, Maxie thought Austin might end up canceling their weekend plans with the kids. He told her he would be back in town before the trip. In fact, he suggested if she wanted to leave town and tag along with him for a while.

Meanwhile, at Charlie’s pub, Martin spoke to Lucy and told her all about Anna’s blackmail attempts. Martin wanted to leave town with Lucy but she wanted to stay and deal with the whole Deception issue. Later, Lucy joined Maxie, and they discussed their men leaving town. Lucy spoke to Maxie about how Martin had told her all about the plans, whereas Maxie was suspicious of Austin.

Portia Has To Act Fast

At the General Hospital, Jordan Ashford declared Rory Cabrera as the officer for Oz Haggerty’s room. This was an issue because Portia and Curtis were required to administer the drugs to Oz and wake him up. Jordan grew very suspicious when Portia offered to get the hospital security to take over the guarding. Portia managed to cover up her words soon. Later, the commissioner informed everyone that Esme had left town.

In private, Portia informed Curtis that she could be near Rory as a doctor. She did not care if she would get caught; she was ready to take the risk for Trina. Austin could sense that Portia and Curtis were on edge. They said this was because of Trina’s ongoing trial. Diane informed Portia that the jury was just about to give the verdict. Portia knew she had to act now or never. Will Portia be able to pull this off? We will know in the upcoming episode. General Hospital airs weekdays on ABC. Catch the latest news and updates from the show on TV Season and Spoilers.