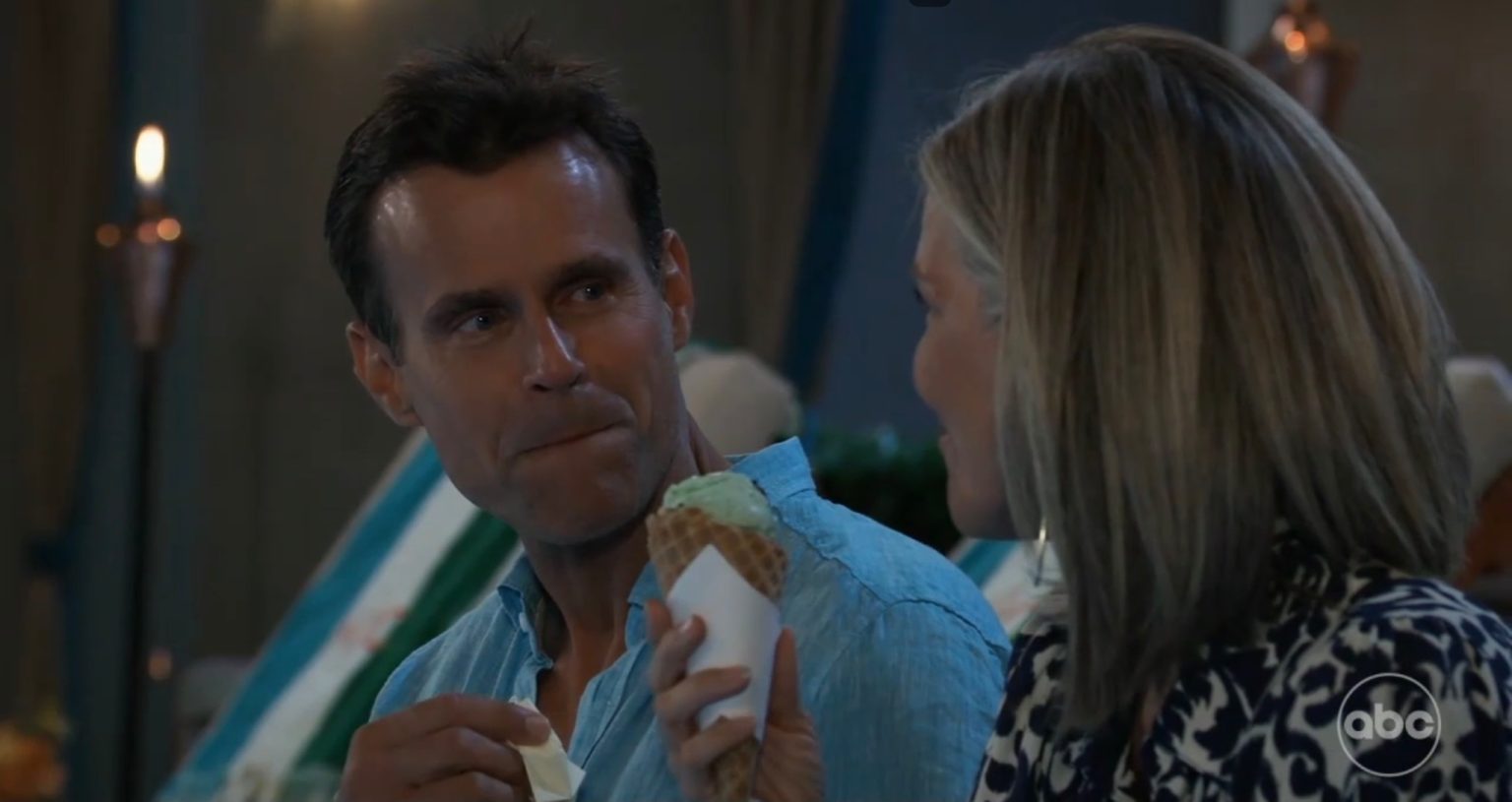 General Hospital recap for Thursday, June 30, 2022, revealed Esme’s interaction with Rory. She wants to get back into Spring Ridge whereas Rory tries to steal her phone, recalling Trina’s words. In another part of town, Spencer succeeds in getting Britt’s help with the DNA test. Carly’s recent debacle has reminded us all that we should not let money get to our heads. Meanwhile, Willow’s pregnancy news has stirred the whole town. Michael came to check on her whereas Brando enquires about her to Sasha.

Esme Talks To Rory, He Tries To Steal Her Phone

In this episode of General Hospital on Thursday, June 30, 2022, Esme flirted with Rory. And Rory agreed to get Esme back into Spring Ridge so she could see Ryan Chamberlain. He informed Esme that he is a novice with no power.

Then Rory remembered Trina telling her that Esme had set her up. Rory teases Esme and tries to steal her phone. Esme, on the other hand, is aware that Rory is on to her. Eventually, Esme moves to the other side of the Metro Court Pool when Trina interrupts.

Meanwhile, Spencer Cassadine attempts to enlist the assistance of Brad Cooper. Britt Westbourne steps in and has a heated argument with Spencer. Despite Spencer’s apology, Britt cannot trust him as long as he is with Esme. Britt eventually agrees to assist Spencer with the DNA test.

Yes, Carly was the angel buyer that alerted other Aurora stockholders to the notion that something strange was going on. This, combined with the failure of the ELQ merger, caused the stock price to drop and Carly to lose everything. She assumed she could just sell some other assets and reclaim her part of the Metro Court, but her broker assured her she’d never have enough.

Drew Cain was, of course, as sympathetic as he could be to his little insider trading chum, offering to be a support system during this tough time. Carly will welcome his attention as Sonny rests at other harbors.

Dante And Sam Hatch A Plan Against Cody

Dante Falconeri informs Sam McCall that Cody Bell was a total jerk when they were kids. Cody, according to Dante, is still causing problems. Sam devises a scheme after a strange interaction between Cody and Damien Spinelli. Sam instructs Cody to inform the hotel’s front desk that he is her guest.

Cody accepts and depa+rts to meet Spinelli. Next, Cody tries to persuade Spinelli to accept a new contract. Meanwhile, Sam informs Dante that they must discover why Spinelli was so terrified of Cody.

In another part of town, Willow Tait is taken aback by the pregnancy announcement. TJ departs and requests that the nurse contact an OB. Sasha overhears and is reminded of the time she lost Liam Corbin. Sasha rushes out of the hospital, leaving Michael Corinthos to check on Willow. Michael is concerned because he believes Willow is dissatisfied with the pregnancy. Even though Willow admits that this was not their intention, she does not object to the baby.

Willow reveals that it was completely unexpected and that she is already in love with her unborn child. Gladys Corbin informs Brando Corbin

that she wants to resign from her position. She tells them that now that Sasha is wealthy, they must modify their ways. Brando fully disagrees and is content with their current circumstances. Gladys reminds Brando of Sasha’s anguish and temptation when he mentions his love for her.

Brando inquires about Willow when Sasha interrupts the talk. Sasha claims that all she knows is that TJ said it wasn’t serious. She receives a phone call from Felty and plans to meet Brando and Gladys later. Sasha accepts the call after they have left and is ready to make a deal. General Hospital airs weekdays on ABC. Catch the latest news and spoilers from the show on TV Season & Spoilers.