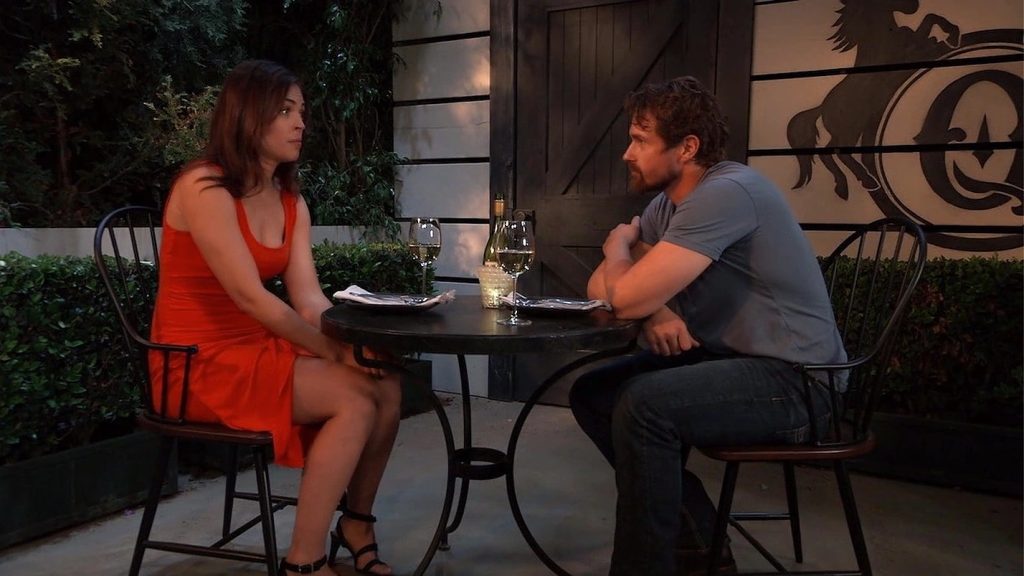 General Hospital recap for Thursday, August 18, 2022, revealed the story of Britt and Cody. Scott tried to remind Britt of Cody’s family history, but she insisted that she had made up her mind. Meanwhile, Elizabeth snapped at Scott and apologized. She saw a flash of a woman warning her to stay away from her mother. The vision was so distressing that she squeezed a glass tube in her hand.

Meanwhile, Olivia told Cody she did not care about his family history. Cody teased Britt and asked her if she was here to see him and ask him out for a second date. In another part of town, Chase told Gregory and Hamilton about his musical career. Ned and Brook helped him put together a good fashion look. But would it work? Here is all that happened.

Elizabeth Gets A Vision

At General Hospital, Britt ran into Scott, who was there to check on his nose. While Britt examined Scott, He suggested that Britt should not trust Cody. However, Britt insisted that she had decided and left Cody with Elizabeth. Later, Scott talked to Elizabeth and told her about Cody’s family.

Elizabeth had had enough; she wanted everyone to remove their nose from her business. This insult was directed at Scott as well. Later, she apologized to him for snapping at him. She was sensitive at the moment because of everything that was going on. Scott had mentioned Elizabeth’s skewered relationships with her mother and father.

This triggered her memories, and she saw a woman near a staircase. The woman called out and ordered Elizabeth to stay away from her father. Elizabeth snapped back to the present and realized she had squeezed a glass tube she was holding. As a result, she bruised her hand.

Meanwhile, Maxie spoke to Britt and found out all about what went down between Cody and Scott. Regardless, Maxie wanted Britt to hear Cody’s side of the story and give him a sincere chance. At the Quartermaine Stables, Olivia also heard about Cody’s biological mother

. Previously on General Hospital, it was revealed that Dominque Stanton was Cody’s mother.

Then, Cody confessed that Katherine Bell was his adoptive sister. Olivia heard him and told him she did not care about where he had come from. However, Dante was apprehensive. He was worried about other secrets Cody could be keeping from everyone. In private, Dante admitted that he never got the chance to thank Cody for what he did for him at the camp.

Britt appeared and wondered what Cody did at camp. Cody quickly changed the topic and acted like he helped Dante get friendly with the girls. However, it was obvious that there was a deeper story behind their past. Cody wondered if Britt was looking for him because she wanted another date with him

Meanwhile, Chase was with Violet and praised Violet’s swimming skills. He also talked to Hamilton and Gregory about his music career. Later, just before Chase left to meet Brook, Gregory offered a check to help him. Chase reluctantly accepted the check and thanked him.

In this episode of General Hospital, Chase put out a fashion show for Brook, Ned, and Leo. They tried to help him put together a look. Ned helped him with a pair of Eddie Maine pants. Brook reassured Chase that he was very talented. General Hospital airs weekdays on ABC. Catch the latest news and spoilers from the show on TV Season & Spoilers.