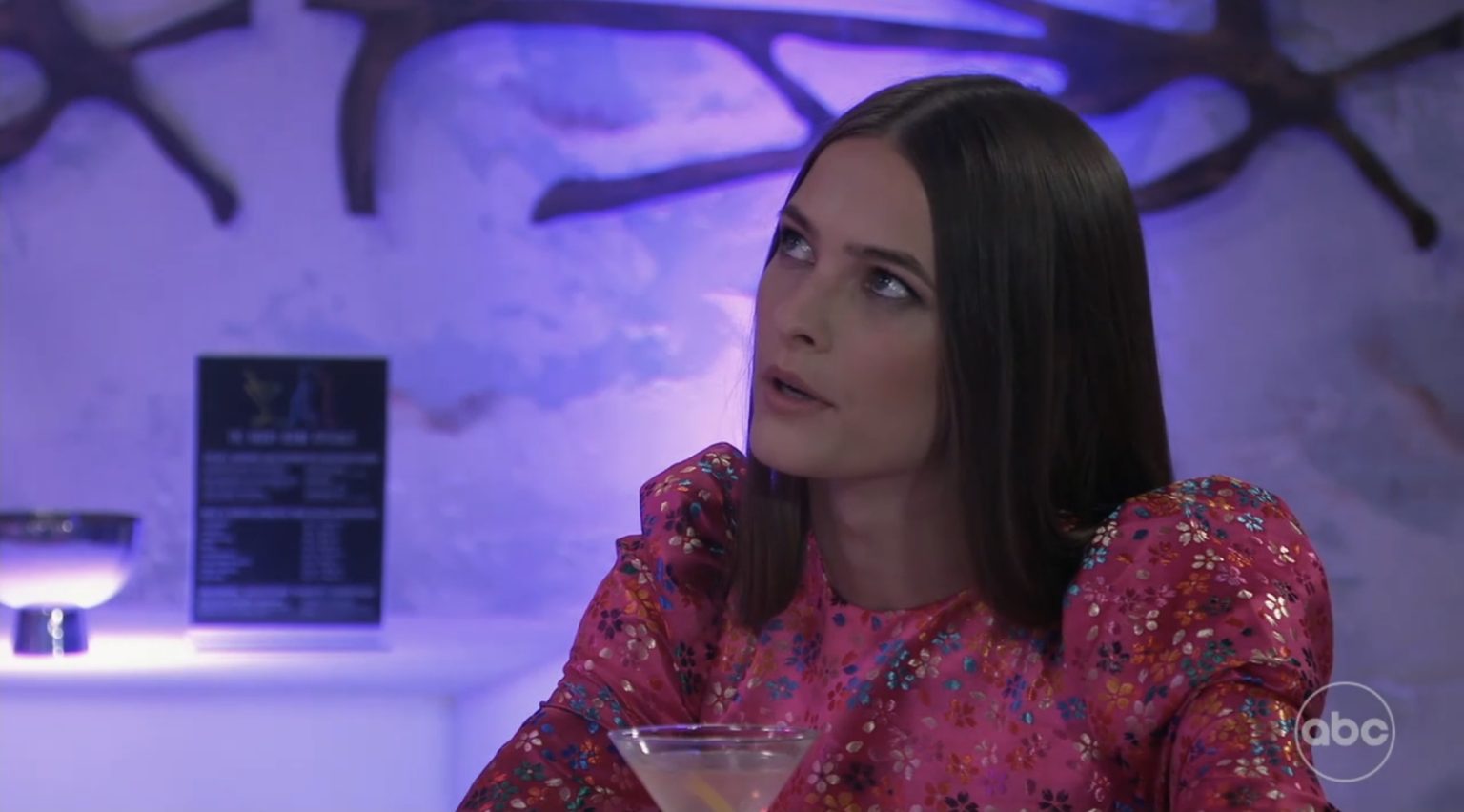 General Hospital recap for Thursday, October 6, 2022, revealed the story of Cody and Esme. First, we saw Cody dunking shots and playing a shady game of poker with Selina. Maxie was concerned and thought he was avoiding Dante and the DNA test. Meanwhile, Oz barged into Jordan’s office and demanded his immunity. He signed the papers, but Jordan wondered if he would ever change his ways.

Esme met Ryan and told her story. She was rescued and nurtured back to health by a fisherman in a Canadian hospital. She recounted how Ava left her to die after the parapet incident. Ryan accused Esme of butchering Ava, but she denied his accusations.

Maxie Is Concerned About Cody

In this episode of General Hospital, we saw Cody Bell and Selina Wu enjoy a poker game at The Savoy. Cody warned Selina that he wanted to play a legitimate game, and she asked him to stick to his words and count the cards. Later, Maxie asked Cody if he was ready to conduct a DNA test. She realized he was ignoring Dante.

Moreover, Maxie was concerned about Cody and wondered if he was alright. Cody was drinking heavily that night and joined Selina for a shady moment. Speaking of Dante, he met Brook Lynn and informed her that Jordan could control the review board and that Harrison Chase might get his job back in a few weeks.

Brook Lynn was worried about Chase’s music career and wondered what this break would mean for his future. Chase met Curtis and asked him if he had missed his job in law enforcement. Moreover, he confessed he was pursuing his music career for Brook Lynn and would not mind being a cop again if he had the chance.

Meanwhile, at Jordan’s office, Oz arrived and interrupted her conversation with Robert. Oz was here to finalize his immunity deal and decided he was representing himself. Furthermore, he threatened to sue the PCPD if they did not do as they had promised. He signed the paperwork, but Jordan wondered if Oz would ever change his ways and learn a lesson.

In this episode of General Hospital, Ryan confessed he had lost Esme forever. Esme told him she would not leave so easily; now, she wanted revenge on everyone. In this episode, she revealed she recovered in a Canadian hospital, and a sympathetic fisherman took care of her. Later, she told Ryan what happened with Ava at the parapet and how she had left Esme to die.

Ryan accused Esme of taking her revenge and butchering Ava with her hook. Esme denied this accusation and was done having this conversation. Moreover, Esme declared she was not scared of Ryan or anyone else, given what she had been through. She had a weapon she could use to destroy the Cassadines, and Ryan could have Ava again. General Hospital airs on weekdays on ABC. Stay tuned with TV Season & Spoilers for the latest news and updates.