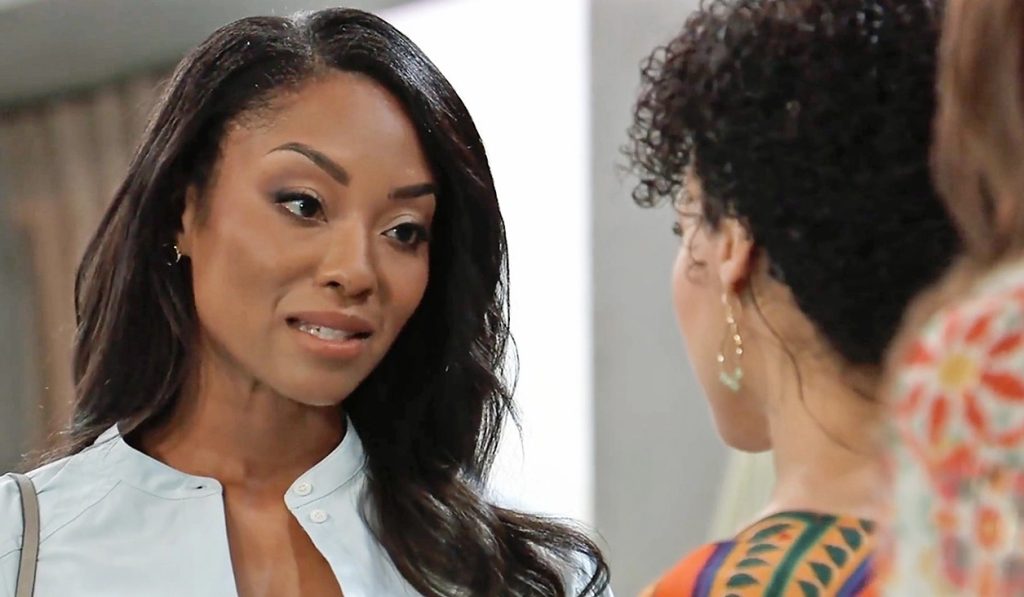 General Hospital recap for Wednesday, September 28, 2022, reveals the story of Curtis and Spinelli. First, we saw Jordan confront Portia about Curtis’ relationship with Trina. Portia refused to tell the truth and feared Jordan would break the marriage.

After that, Trina met Ava and discussed Curtis’ overprotective ways. Later, Ava informed Trina that she could not be her boss, anymore, because the job at the gallery was risky. Elsewhere, Cody met Maxie and asked about Mac and Dominque’s history. Sam and Spinelli spoke about Spinelli’s feelings for Maxie. Eventually, Spinelli told Sam that he was the owner of Society Setups and the matchmaker. How did Sam react to that? Here is everything to know.

In this episode of General Hospital, we saw Jordan ask Portia if Curtis was Trina’s father. Portia argued that this was none of Jordan’s business. However, Jordan insisted it was because Portia was barging in. Moreover, Jordan had a list of clues supporting her claims, especially since Portia had enquired about genetic counseling for Trina.

Jordan and Portia were going to get married; they could not afford to have this in between them. Portia felt threatened by Jordan’s remarks even when Jordan insisted it was not a threat. Speaking of Curtis, he found Ava roaming around; she was advised to take laps before leaving the hospital. She learned about the attack on Diane. Trina arrived, and Curtis scolded her for not being vigilant.

Later, in Ava’s room, Trina talked about her conversation with Cameron. Previously, we saw the two of them patched up and decided to let go of the past. Furthermore, Trina was concerned about Curtis’ badgering, but Ava insisted it was good for her. However, Trina objected to Curtis asking Ava to fire her because she liked the job.

Curtis was concerned about Trina working at the gallery when the killer was still out in the open. Later, Ava called and confirmed that she could not be Trina’s boss. Meanwhile, Cody met Damian in the hallway and interrupted Maxie and Austin’s date

. He was fixated on the “Gatlin” part of Austin’s name. Moreover, Maxie assumed Cody had spoken to Mac because he called her “sis”.

Maxie was glad things were out in the open, but Cody was shocked to know Maxie believed Mac was his father. He wanted to know more about Mac and Dominque’s past. Maxie insisted Cody was lucky to have a father like Mac.

At General Hospital, Sam and Michael discussed Diane’s attack and Dex’s arrest. Michael learned Dex was out of the PCPD and left with Sonny. He left, and Sam chatted with Spinelli, who confessed Georgie doubted Austin. Sam thought it was jealousy and got Spinelli to admit he was jealous of Austin because of his feelings for Maxie.

According to Society Setups, Spinelli was happy to see he was a suitable match for Maxie. However, he did not have the nerve to act upon it. Sam was confused because Maxie was not a part of the service, which forced Spinelli to reveal the truth and confess he was the owner of Society Setups. Furthermore, this had to remain a secret because he could go to jail if anyone found out. General Hospital airs weekdays on ABC. Stay tuned with TV Season & Spoilers for the latest news and updates from the show.