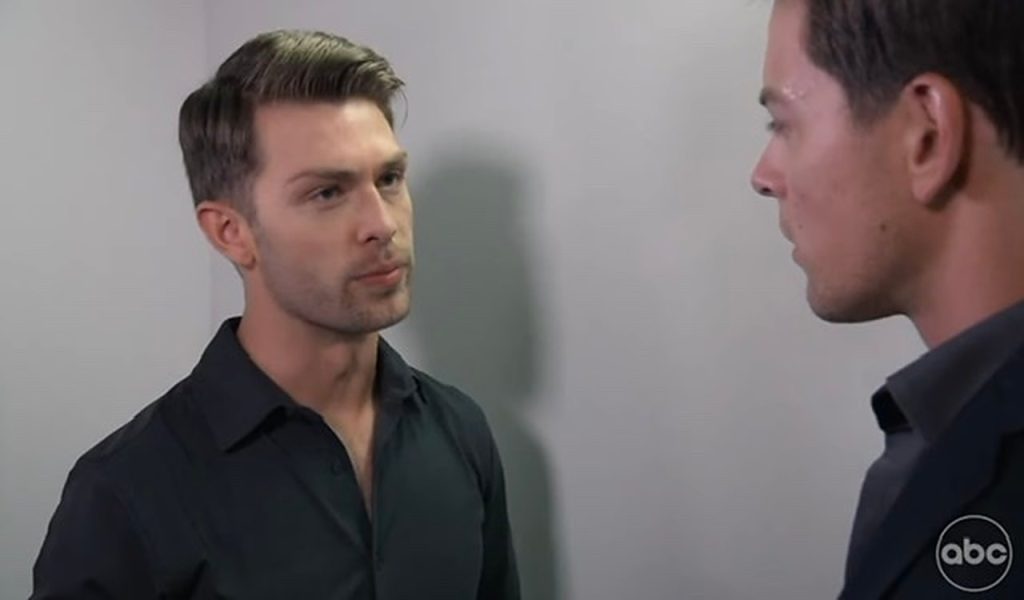 General Hospital spoilers for September 27, 2022, tease that Sonny and Curtis will patch things up with each other. Later, Sonny will get pissed when he learns about another deadly attack in Port Charles. Of course, Dex will be the one suspected and eventually will land in the hot seat. So, Dante will interrogate him. Let’s read further to know what is brewing in Port Charles.

Finn’s Battle To Save Diane

After yet another attack, Diane was rushed to the hospital in a critical state. Now, General Hospital spoilers For September 27, 2022, tease that Finn will battle to save her life. Since he already knows that the killer is recently started using poison, he will know what to do.

Once Finn receives the anti-venom serum, he will inject it into Diane’s body. He will wait, hopefully, while the medicine spreads across Diane’s body. Other General Hospital spoilers hint that Finn will be successful in saving Diane. But, this will happen in the mid-week. We will have to wait till she gets consciousness, only then will she be able to provide any clues regarding the attacker.

Elsewhere, Gladys will be in the same state as Sasha. she won’t be able to cope with Brando’s loss. In the meantime, Nina will come to comfort Sasha. Later, they will all plan to prepare for Brando’s funeral. However, they will still wonder if Sasha is ready for it.

Over with Curtis, he will apologize to Sonny for behaving harshly with him the last time they talked. Not just that, Curtis also owes Sonny since he was the one who saved Marshall. After sorting out all the misunderstandings, Curtis and Sonny will patch up.

Since the General Hospital preview video suggested another attack, Sonny will soon receive a call regarding that. The moment he learns of Diane’s state, he will be furious. This is the third time that Sonny’s loved ones are targeted. Meanwhile, Dex will be suspected of attacking Diane and will land in hot water. Sonny will head straight to question Dex regarding the same.

At the ax throwing club, Trina, Rory, Josslyn, and Cameron will be having fun. Over there, Cameron will ask Trina about Spencer. Chances are there that he might call out her feelings for him. Since Trina couldn’t meet Spencer before he headed to Pentonville, Cameron may suggest she meet him now.

At the PCPD, Dex will refuse to talk to Mac without a lawyer. So, Dante will try his best to make Dex talk. It is also pretty difficult for the police since Dex was spotted near all three crime scenes. However, the reality is far from this, and GH viewers know it.

The real hook killer is roaming scot-free, maybe choosing their new target. And here, Dex is stuck in the police station, grilled for the crimes he has not committed. If another attack happens while Dex is in custody, maybe then they will realize he has got nothing to do with the crimes. Who will be the killer’s next target? We will know soon.

Finally, Carly will be surprised to see Drew in Jacksonville. She will be touched by Drew’s efforts to find her room. Other spoilers tease that Drew will help Carly. As a result, their bond will be strengthened. Stay tuned, as GH will air more action-packed episodes in the future. General Hospital airs every weekday on ABC. For more updates and spoilers, visit our website, TV Season & Spoilers.