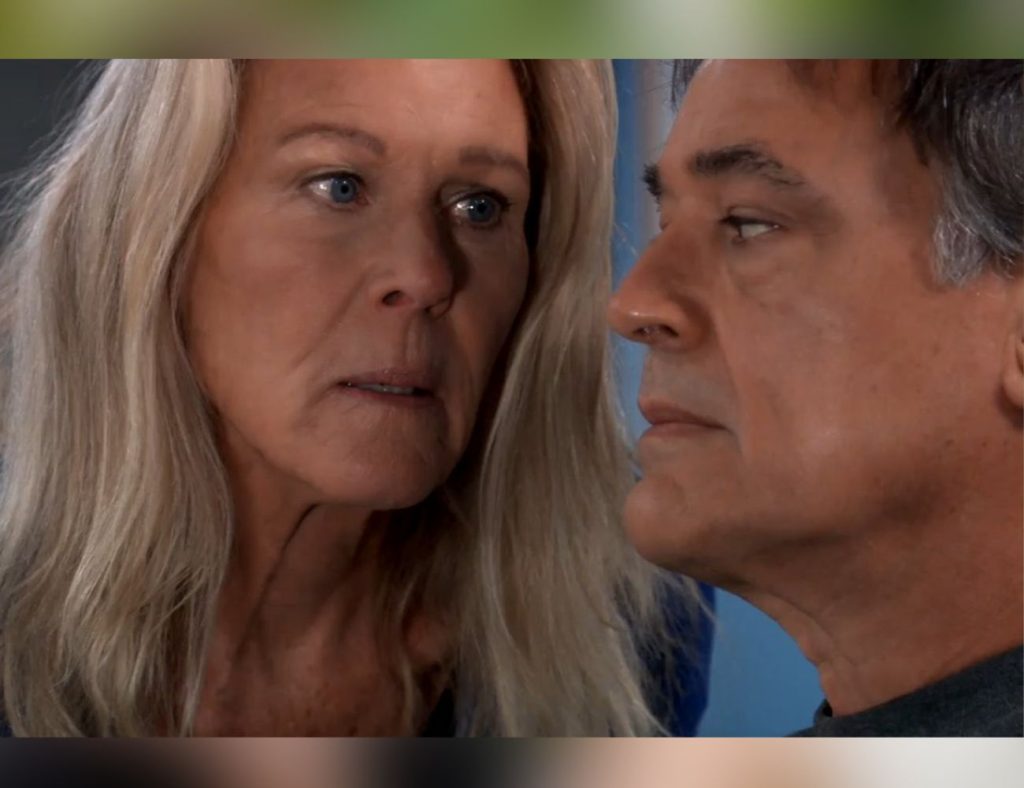 The crescendo around Esme’s pregnancy track has been building up on General Hospital for quite some time now. However, the latest spoilers suggest that the pregnancy track is about to reach its climax, with Esme finally giving birth to her child soon. This baby seems like Esme’s one and only chance at finding true and unconditional familial love that she has craved all her life. But will it really be all that easy? We would love to say yes, but unfortunately, it’s a hard NO. All thanks to Heather’s manic baby stealing plans! Keep reading to find out what the psycho mom has on her mind!

Okay, so first things first. There is obvious chemistry, between Ryan and Heather on General Hospital, a long lingering one. Ryan has still not gotten over the setback of Heather leaving him back in the day. The psycho sinner not just left him heartbroken, she left him without warning and without any closure. And, criminal mastermind Ryan has held on to the hurt with a heavy heavy heart ever since. Although, these days the two former lovers are incarcerated behind the same minimum security bars and have the perfect opportunity to rekindle.

However, a locked-in syndrome pretending Ryan is putting up a cold front towards Heather at the moment on General Hospital. But, that hasn’t deterred Heather one bit from her attempts at hovering over him at all times possible. And why wouldn’t she? She does have a plan in mind, to which Ryan is absolutely essential. The latest GH spoilers suggest that Heather will soon be pushing Ryan to break out of prison and go on a rescue mission for their daughter, Esme. Ryan, wanting to reunite with his girl, will eventually agree, also, he isn’t really immune to heather’s charms , btw. But, the twist in the tale is, it isn’t Esme that Heather is interested in. It is Esme’s baby! Heather wants to make Esme’s newborn her own do ever baby!

Heather And Ryan Steal Esme’s Baby On General Hospital, What Will Esme Do Now?

It is no secret that Heather lost her mind on General Hospital after her son was shot dead. So if there is anything that could bring back some stability in her life, it is another chance at motherhood. Considering that, one would assume that the chance is right in front of her. In Esme’s form! And, Esme has forever been longing for a family. All the blocks fit, right? Wrong! It is psychotic Heather Webber we are talking about, how can it be so easy-peasy? Heather wants to start from the beginning! And she can’t do that with a grown up Esme. Hence, she will device a plan to get her grubby hands on Esme’s baby and then ditch her to go start a new life with Ryan and the baby as their own.

But what would that mean for Esme on General Hospital? She can’t possibly just stand by and let her parents steal her child. In a chat with Soaps in Depth, actress Avery Pohl admits that Esme does have a softer side. A side that is coming forth because of her baby, as she realizes that her baby is the only one who will give her that unconditional love she has always craved for. Besides, Esme herself hasn’t been able to love anyone truly either, but she does love her baby. So, it’s safe to assume that Esme will put up a fight to get her baby back. But with her connections severed in Port Charles and the fact that Nik is soon going to be out of the show at least for a while, who will help her?

Can Esme look up to Victor Cassadine for some help on General Hospital? After all the baby is a Cassadine heir after all. Apart from Victor, the only other people in Esme’s proximity are, Ava, Spencer and Liz. Ava being the only one strong enough to face the likes of Heather and Ryan! But will she ever help Esme? The girl who cost her her marriage with Nik? Stay tuned to General Hospital to find out!