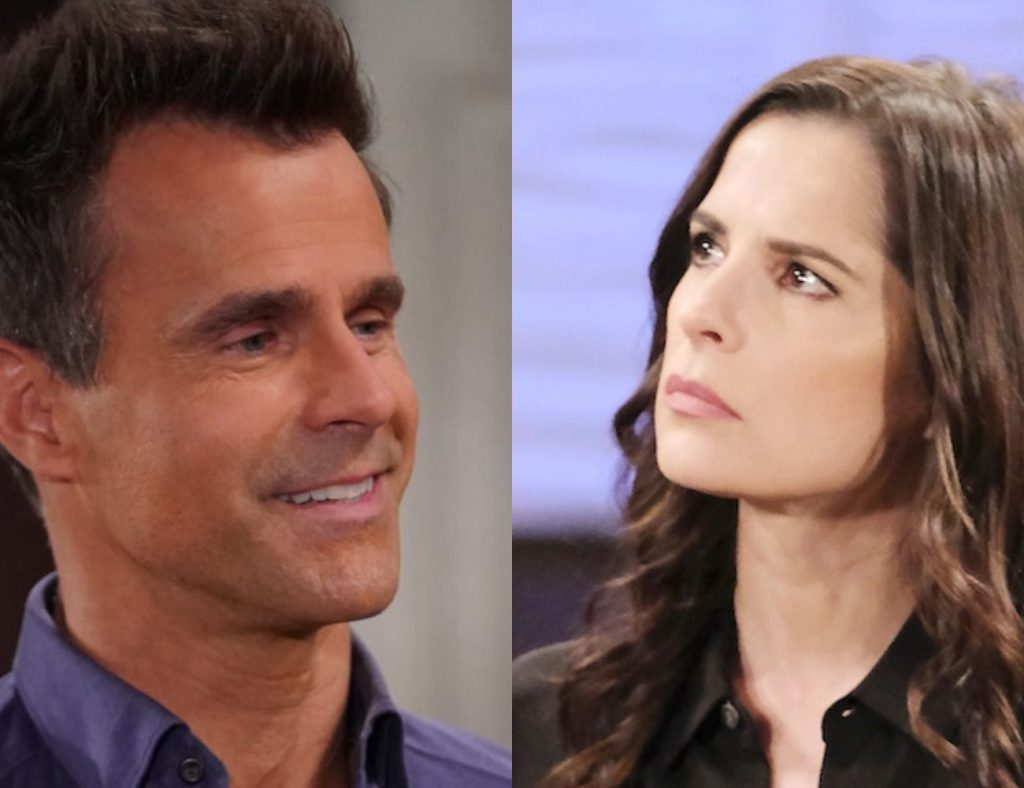 After months of secrecy, Willow’s Leukemia truth finally saw the light of day on General Hospital. However, the delay in bringing it forth has cost Willow and her loved ones dearly. Not getting treatment at the right time has catapulted the would-be mom’s disease to an advanced stage, and she now requires a bone marrow transplant. Drew has taken it upon himself to locate Willow’s bio family to find her a donor. Drew will also gain help from Sam in his quest! Spoilers tease that this “help” could bring the two closer than expected! What would happen? Keep reading to find out.

Sam Helps Drew In His Mission On General Hospital

Willow is in dire need of a bone marrow transplant on General Hospital in her fight against leukemia. Her best bet of finding a match for her is to get the bone marrow from a blood relative. However, as far as Willow knows, she has no living family member to turn to. But, our man Drew, has taken up the mission on his shoulders to unearth some bio relative to Willow, who can donate the mom-to-be the marrow she so desperately needs. However, this is a crusade that Drew cannot complete alone. And the only help he has had so far was Carly! But does Carly REALLY want to help Drew on General Hospital? Well, no!

Carly already knows the truth about Willow’s mom, but she is hiding it for obvious reasons! So Drew is actually running backward in all the anti-help he is getting from Carly. Although, that will soon change on General Hospital. We know that Spinelli recently confided in Sam about the software he can use to get people’s personal info. Spoilers suggest that as soon as Sam learns of Drew’s noble mission, she will come to his aid. She will enlist Spinelli with the task of searching for Willow’s family through his software. Interestingly, Sam was dead against Spinelli’s software. But hey, isn’t this the perfect example of Good coming out of the bad?

As we mentioned earlier, Carly is not actually helping Drew on General Hospital. All she is really doing is creating road blocks in his search attempts of Willow’s family. One would wonder, why she would do that? Well, the thing is, Carly already knows of the perfect bio relative. Unfortunately though, it is a name she would rather keep under wraps. Carly knows that Nina Reeves is Willow’s birth mother. She has known it for a while now. But, Willow had mentioned to Carly rather plainly that she doesn’t want to know who her mother is. “God forbid, it turns out to be someone like Nina,” Willow had stated.

Now, that Drew is getting actual help from Sam, chances are he will discover the truth on General Hospital. Not only will Drew find out that Nina is Willow’s biological mother, he will also find out the Carly knew it all along. This will blow his mind. As he would fail to comprehend why she would hide the truth. A truth that could save Willow’s life. Drew will feel aversed by Carly’s actions and decisions. Their relationship is already fragile, with the fact that Carly wants to keep it a secret. And, once Drew knows the truth, he may feel like he doesn’t even know what all Carly is capable of. Spoilers suggest that this may cause a major rift in their relationship, and he may want out!

Drew Breaks Up With Carly, Gets Closer To Sam On General Hospital

When Drew learns of all that Carly had been hiding on General Hospital, he will be stunned. He may feel betrayed by the wild goose chase Carly had been sending him on, while, she could have simply told him the truth. This would break his heart and lead him to break his relationship with Carly. While going through the process of searching for Willow’s birth family

, Drew will reform a connection with Sam. This friendship will be all the support that he may need once he decides to break it off with Carly.

Viewers will remember that Drew and Sam had a beautiful bond once upon a time in General Hospital. Not only did they share love, but they also share a daughter. And we know exactly how becoming friends with your ex plays out! A heartbroken Drew will soon start finding comfort in Sam’s friendly arms, and the friendship will eventually take a more romantic turn. The two will reignite their old flame with each other! Would you like to see Drew and Sam back together as a couple? they, along with their daughter, Scout, will surely make a picture-perfect family! Stay tuned to General Hospital on ABC to find out what happens next!