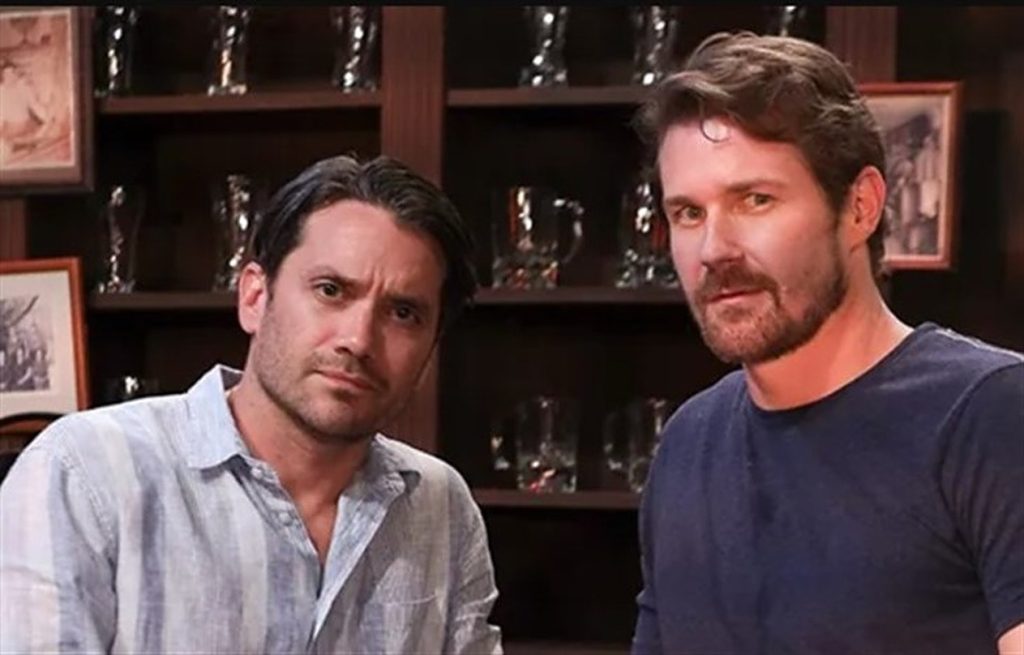 General Hospital spoilers for August 18, 2022, reveal that Maxie will try convincing Britt to give Cody another chance. However, Scott will be against that idea and might approach Britt to warn her beforehand. In the meantime, Elizabeth will have another trigger and might get a glimpse of her childhood trauma. She might even try to threaten Finn and ask him to back off. Elsewhere, Dante will get suspicious of his childhood friend, Cody. Keep reading to find out how things unfold in today’s episode.

With traumatic memories increasing Elizabeth’s anxiety, Finn will grow more concerned about her. The General Hospital spoilers claim that Finn will share his concerns about Liz with Gregory Chase in the upcoming episode of General Hospital. Finn knows that her traumatic past and the sudden triggers which she gets definitely have to do with her parents. However, he will fret over the breakup threat that Liz gave him.

Finn will tell Gregory that he respects Liz and wants to give her the space that she needs. But, it is extremely difficult for him to see her suffer and not do anything about it. Liz has tied his hands with her beak-up threat. She doesn’t want Finn to contact Jeff, but fans can expect him to not respect Liz’s decision and approach Jeff nevertheless. For him, if he can help her in any way, he will do it.

Meanwhile, Liz will lash out at Terry and ask her to back off. She will be there to support Finn and tell her that he is trying to help her out. According to Liz, she wants no one to interfere in her problem, and instead, they can all mind their own business.

Fans already know the efforts which Anna is taking to find out Valentin’s secrets. On Thursday, the spoilers for General Hospital say that Victor will still have a suspicion about Anna. He knows that she is trying to dig deeper into Valentin’s secrets. However, Valentin will ensure him by saying that Anna won’t be a problem in any way.

Speaking of Anna, she will team up with Lucy to blackmail Martin. In any which way, Anna wants to know what Valentin is up to. As for Lucy, she won’t like to work with her, but Anna will have her ways to get her onboard.

On the other end of the town, Brook Lynn will have a surprise for Chase. It might have something to do with his pursuit of a music career. Later, Harrison will ask Brook if she really believes in him. To that, she will ensure that she does. Nevertheless, Brook and Chase are plotting against Linc Brown, but Brook surely has trust in Harrison’s capability.

Cody is hell-bent on convincing Britt to give him another chance. However, Britt is not sure and will keep on avoiding him. The spoilers for General Hospital claim that Maxie will try to convince Britt. She will want Britt to accept the date and give Cody another chance. However, Scott might think otherwise. He will come to warn Britt and might tell her not to trust Cody. He knows that Cody is keeping many secrets, and it would be a waste of time to invest in him.

Related spoilers suggest that on the other end, Dante just got to know that Cody is Dominique’s son. This might lead him to think about what else he is hiding from him. Meanwhile, Cody recently received Dominique’s developments; it is teased that he is to get more shockers in the upcoming episodes. Fans know that Cody has already threatened Spinelli with his society setup.

Things might take a turn when he decides to confess something to Olivia. In the meantime, Scott might decide to inform Lucy that Cody is Dominique’s son. Whatever it is, the storyline will get more twisted once she learns about Cody. Stay tuned and watch General Hospital, which airs every Weekdays on ABC. For more spoilers, visit our website, TV Season & Spoilers.