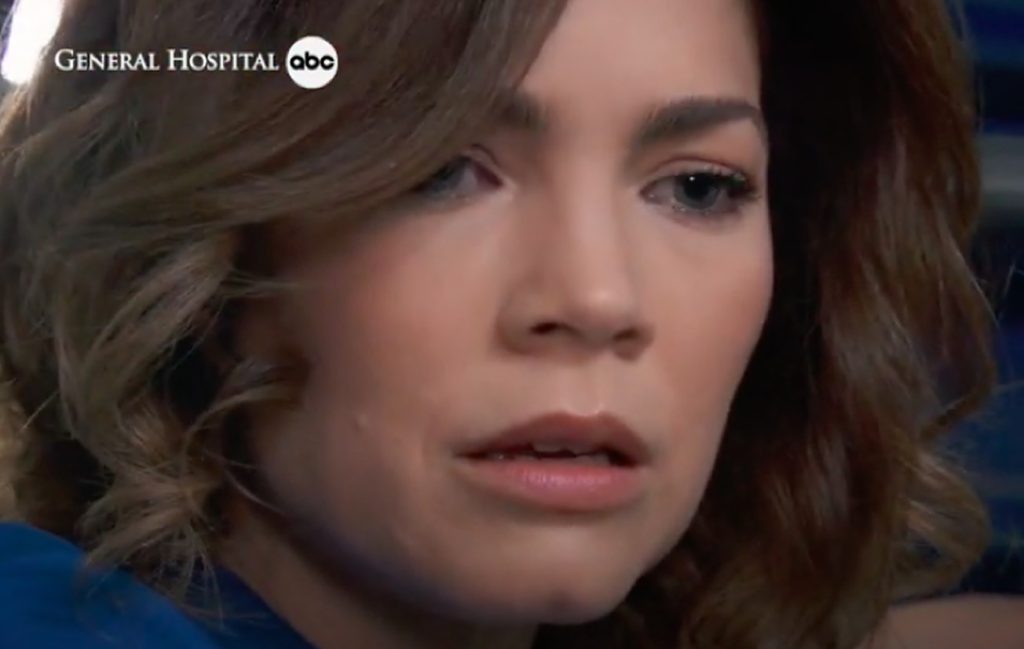 General Hospital spoilers for August 19, 2022, reveal that Elizabeth will again get triggered in the upcoming episode. This might lead to her injuring her hands. In the meantime, Sam might still be thinking over the move-in suggestion. On the contrary, Dante might confide in Olivia and open up about his ordeal. Elsewhere, Cody will say something to Britt which would confuse her. Keep reading and find out where the storyline will take you today.

Sam-Dante’s Worry For Their Relationship

At Kelly’s place, Alexis will have a chat with Sam and Molly. Since Alexis has not heard about any recent dramas, she will feel that her daughters are doing good. However, the spoilers for General Hospital claim otherwise. Even though Sam and Dante were able to sort a few things out, problems still seem to linger around them.

For Sam, she will reconsider Dante’s move in offer. Even though she is head over heels for Dante, things might still not be okay. Her only concern, for now, is, living in Lulu’s old home. However, she’ll change her attitude and will think that there is no need to change things. As for Molly, she will explain to her how she didn’t want to marry TJ, but things changed for good when they started cohabiting.

Over with Dante, he might also have similar thoughts to that Sam. He will not want to mess things up which are already going well. Fans can expect to see Dante confide in Olivia and might open up about his ordeals. In the meantime, Alexis and Gregory will meet each other. They might talk and show concern for their children’s problems.

Over with Maxie, she will confront Spinelli and might ask him what he is hiding from her. Later, Spinelli might stumble upon Cody once again. This might remind him of the threat which Cody passed on to him for brainwashing Britt.

Speaking of Cody, he will continue to woo Britt. However, things might take a rough turn when Cody blurts out some weird comment. He will say something to Britt which will confuse her. She will think if Cody was just having a cheap talk or was actually complimenting her.

Whatever it is, it looks like instead of easing the bond, Cody is more trained in messing things up. Even after following her for so many days, Cody seems not to understand Britt’s personality. GH spoilers tease that their relationship will remain patchy.

Elsewhere, Austin will be pressurized by his cousin. Mason will want Austin to obey their boss’ command. Fans know that both the cousins work for the same boss. But for Austin, he is trying to set boundaries and will not want anyone to come into it.

Further on General Hospital, Finn will continue to confide in Gregory. She will warn him that if he pushes Liz too much, she might leave him. However, he will argue with her that he can’t just watch her suffer. Even if she breaks up with him, he is going to help her. In the meantime, even after asking Finn not to interfere

, he will make a call to her father, Jeff.

On the other end, Elizabeth will have a conversation with someone. Possibilities are there that it might be TJ. However, he might have questions for Liz, who seems to have injured her hands. As for Liz, she might say that Scott triggered her past memories, which made her to lose control.

She will smash a grass beaker in her hand. However, TJ will be concerned for her. How will Liz react when she learns about Finn’s call to Jeff? We will know this in the coming week. Watch General Hospital, which airs every Weekdays on ABC. For more information, visit our website, TV Season & Spoilers.