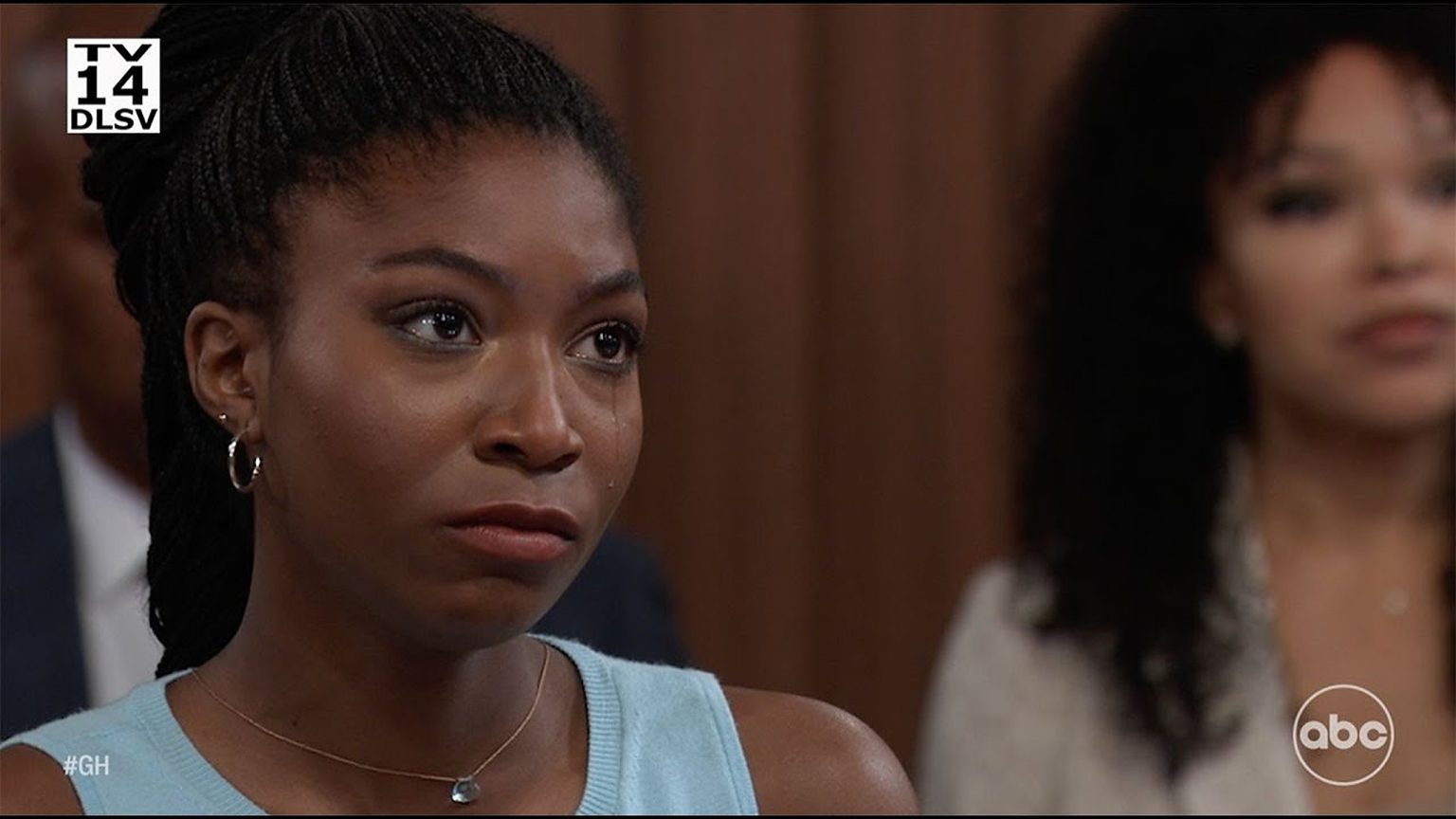 General Hospital Spoilers For The Week Of August 8, 2022: Sonny-Nina RETHINK Their Relationship, Trina Is ARRESTED?

General Hospital spoilers for the upcoming week of August 8, 2022, reveal that Sonny will celebrate something with his kids while Nina deals with another situation. Then, Cody will be harboring a secret. Speaking of secrets, Ava will also be keeping one, and she will be in a pickle. Then, Carly, along with Drew, will make some plans. Are they moving forward in their romance? We will have to wait to know.

General Hospital: Sonny Visits Kristina; Nina Is Up to Something

Starting the week of August 8-12, 2022, reveal that the week will start with some father-daughter bonding moments. General Hospital spoilers say that Sonny will visit Kristina Corinthos as the week starts, and they will celebrate something at Charlie’s Pub. While Sonny spends time with his family, Nina will be up to something.

GH viewers know that Nina just bought Carly’s half of the Metro Court, and now she wants to make it better. So, she will reach out to Jamika Pessoa for this and ask her to join them as a celebrity chef. This will give both these women some fun scenes together. Speaking of Nina, Liesl will have a gift for her, and she will want to gift her that.

General Hospital spoilers suggest that in this week, Sam will reach out to Maxie. It is likely that this will be about Britt’s date with Cody. Damian Spinelli will also try to shut the idea of another date between Cody and Britt, but Cody will be persistent. More Cody-related spoilers suggest that he will run into a familiar face in the upcoming days. So, he might have a connection with Port Charles after all.

There will be a lot of troubles in Port Charles in the upcoming episodes. Victor will start doubting Valentin in terms of his loyalty towards him while Anna Devane digs into what Valentin is hiding. General Hospital spoilers suggest that Anna will be very serious because she will recruit Martin Grey as a part of her plan.

General Hospital: Ava Is In A Pickle

Speaking of looking into things, General Hospital spoilers say that Scotty will have some questions for Ava. Scott will want to know why she is stalling the divorce. However, right now, Ava has a bigger fish to fry. She has to think about the whole Esme situation. Ava cannot really break up with Nikolas because he knows her Esme secret and is even working to keep it a secret. We can be sure that while Scott grills Ava, she will not tell him anything. She might be able to stall him further.

Further spoilers suggest that Dante will make an arrest in the upcoming days. It would be too soon for Ava to get caught. So, we will have to wait to see who Dante arrests. There will be a lot of other things happening around Dante because he just told Sam that he wouldn’t mind moving in with her. However, Sam won’t be quite so ready. She will be scared, and she will talk to someone about her fears.

What Is Happening With Trina?

As we move forward in the week of August 8-12, 2022, Jordan will continue trying to save Trina Robinson. Curtis and Portia will also make a significant choice as the verdict on Trina’s case come near. Portia will feel that she and Curtis need to act as quickly as possible, and Curtis will grow concerned about what is going to happen next.

Not only Curtis but Rory will also have to deal with a difficult situation. So, it is likely that Rory might be ordered to take Trina in custody. It would be hard for him to put handcuffs on Trina. He will hope that things don’t go so far there, but everyone will be terrified.

General Hospital spoilers for the week of August 4, 2022, reveal that Drew and Carly will come together and meet with Mia, who is an executive coach. The three of them will together go through some business tactics.

It is likely that Mia will help Carly find a sense of purpose and a new career. Since Carly has lost everything, she will have to start from the start. More Drew-related spoilers suggest that she will tempt Valentin with an offer. However, we will have to wait to see if Valentin falls for this.

Rounding off, Nikolas and Victor will reach out to Alexis for some help. They will want Alexis to help Spencer by publishing a story in Invader that speaks in his favor. They will want to pressure the police to drop the charges like this. However, it won’t all be very easy. Spencer will continue being in a pickle, and we will have to wait to see how he deals with this. General Hospital airs on ABC all weekdays, and new drama is coming up on the soap opera. Make sure you tune in and enjoy.