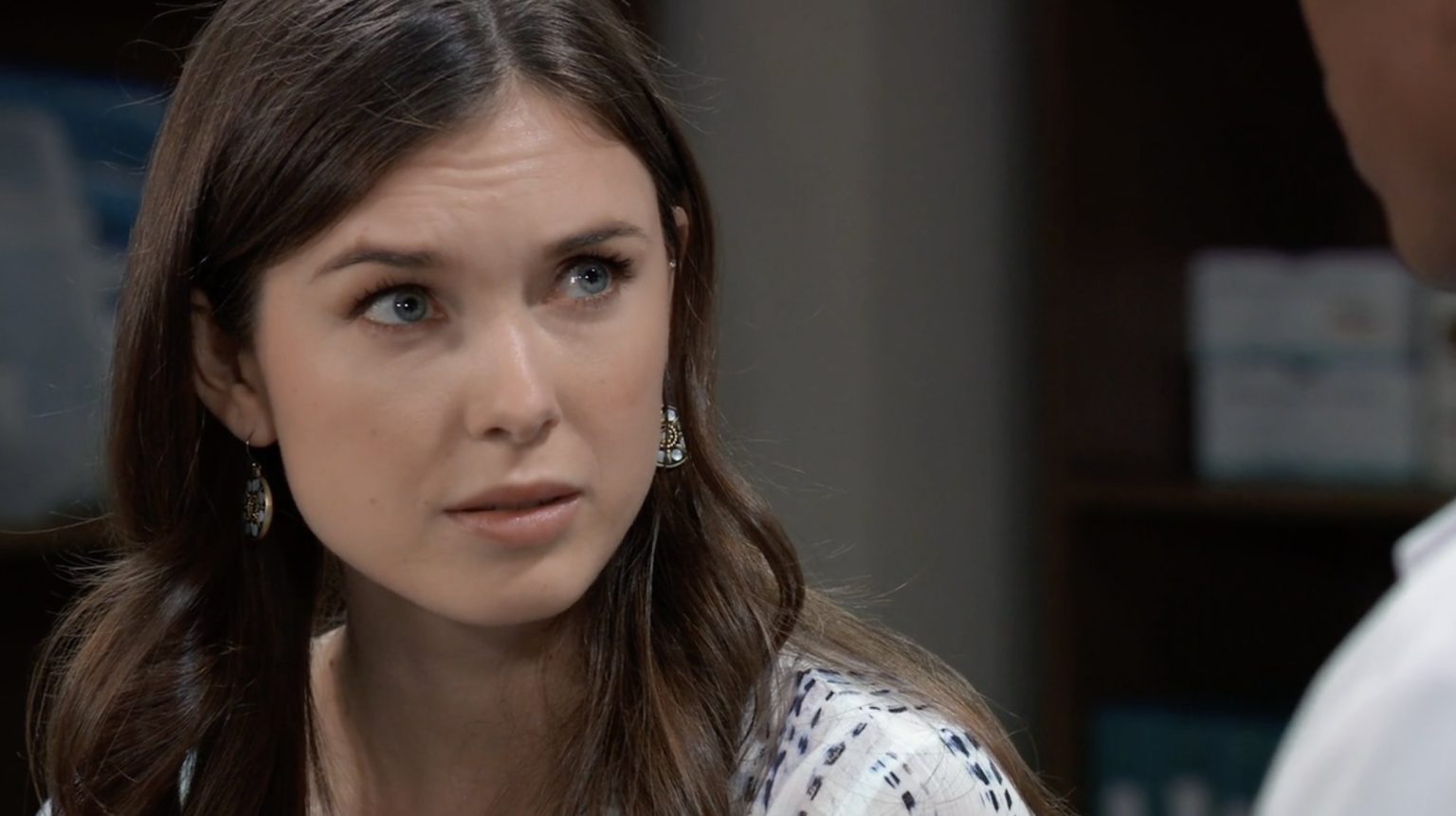 General Hospital spoilers for August 22, 2022, reveal that Dex will alert Michael about the recent confrontation. He will tell him about Sonny knowing about his past. Speaking of Sonny, he might invite Nina to the charity picnic. In the hospital, Willow might decide not to take the treatment for now. On the other end, Portia will hide the paternity secret from Curtis. As for Ava, she spill the beans about Esme to Spencer. How will Spencer react? Read the entire article to know what unfolds in the next episode.

Willow’s Decision For Her Unborn

Willow already got her biopsy reports. It confirmed that she had leukemia, but her main concern will be her unborn. The spoilers for General Hospital Monday episode say that Britt and Terry will guide her on the possible options in the treatment.

However, GH spoilers say that she will learn that she needs to start with her chemotherapy. This treatment might be life-threatening to the baby and she will want to prioritize it. But, if she doesn’t start her treatment, it will threaten her life. Willow will decide to postpone the treatment to avoid a miscarriage. Even though she knows cancer might spread, she will risk it for the unborn.

More General Hospital spoilers say that at the picnic, Curtis and Portia will have a conversation. Over there, Curtis will share his future dreams with her. This will make her feel very positive about her relationship as well. In the meantime, she will feel bad that she is hiding secrets from Curtis. She will remain silent about the paternity secret.

Over with Dex, he will approach Michael and will alert him about Sonny’s discovery. The Monday spoilers for General Hospital claim that Sonny will learn about an incident from Dex’s past. Apparently, Dex was discharged from his military service for assaulting a superior officer. It looks like Brick was very prompt in informing this piece to Sonny.

However, Michael will calm Dex by saying that this might just be Sonny’s tactic to scare him. Whatever it is, Dex will fear that Sonny might know his secrets soon. On the other end, Michael will ask Dex not to worry and try to get Sonny to trust him. As far as Sonny is concerned, he will take his time to decide if Dex is worth his time. Speaking of Sonny, he will invite Nina to the picnic. She will be curious to know what might be the reason.

At the hospital, TJ will get ready to leave for the picnic with Molly. However, Jordan will feel like TJ is trying to get rid of her. Later, Jordan will use this time to have a chat with Marshall. Now that Trina is free from the conviction, Jordan and Marshall will be relieved.

Olivia-Brook’s Plan to Connect Dante-Sam; Ava To Spill The Beans?

Further on General Hospital, Dante will confront Brook Lynn. He will ask her if accepting Harrison’s proposal was a part of her plan against Linc Brown. Brook will deny that accusation and tell him she really likes him. Adding to it, she will also express her belief in Chase’s talent. Later, Olivia will team up with Brook to connect Sam and Dante. They both will make some love portions which will work wonders.

Elsewhere, Nikolas will devise a plan to hide the whole Esme incident. As for Ava, she will have a chat with Spencer. She might spill the Esme secret to Spencer over there. However, Nikolas will interrupt her at the right time and will distract the whole conversation.

Looks like Spencer will get only bits and pieces of what Ava said. Whatever it is, later in the next week of August 22-26, 2022, Spencer might get to know the Esme issue. As of now, it is teased that he might learn about Nikolas’ cheating bomb. We will know on Monday what really happened with Ava and Spencer’s conversation. Stay tuned and watch General Hospital, it airs every Weekdays on ABC. For more information on updates and spoilers, visit our website, TV Season & Spoilers.