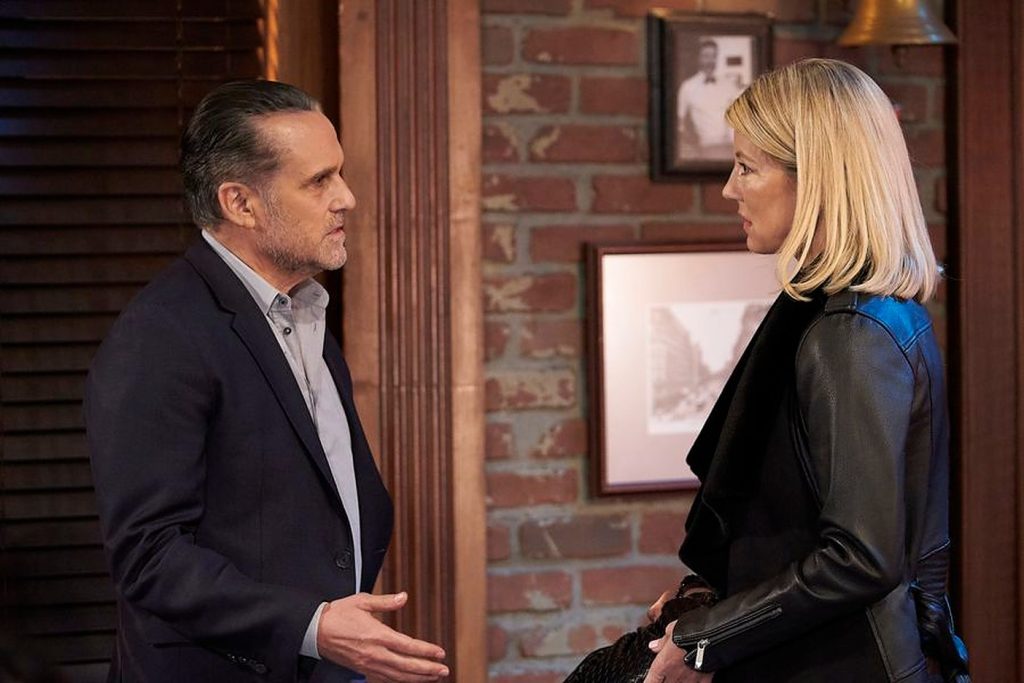 General Hospital spoilers for August 9, 2022, reveal that Sonny and Nina will have a chat about their relationship. They will try to sort out the complicity in their relationship. Meanwhile, Cody will again try to woo Britt. On the other hand, Ava will push for divorce from Nikolas. However, Nikolas will try his best to make Ava stay. At the metro court, Carly will meet someone and will feel fortunate to meet her. Who did Carly meet, and what did they discuss? Keep reading and find out what unfolds in today’s episode.

Ava and Nikolas’s relationship have been in a rough patch for quite a while. The General Hospital spoilers for August 9, 2022, claim that Ava will be ready to file the signed divorce papers. However, Nikolas will not like that as he wants Ava to stay in the marriage. He will also warn her that their divorce will also raise questions about Esme Prince.

Whatever it is, Ava will tell him that she is doing what he wants from her. Nikolas will try to convince Ava to stay in the marriage. Meanwhile, Scott will quiz Ava about the situation she is in. He will know that Ava’s divorce might have something more to it. So, he will push her for more information.

Elsewhere, Dante and Sam will have a conversation. Sam will open up about why she is hesitant to move in with him. However, Dante will make one thing clear he will not put any kind of pressure on their relationship.

Further on General Hospital, Carly and Drew will have a chat where Drew will hint about a plan against Valentin. Later, he will introduce Carly to his executive coach named Mia. When Mia asks Carly about her goals, she says that she wants everything that she lost. However, Mia will have some great ideas in her store. So, fans can expect Carly to be grateful to meet Mia.

Elsewhere, Cody will continue to woo Britt. He will make sure that she acknowledges his consistency. Later, Cody will come across someone familiar; it will turn out to be Scott. General Hospital spoilers say that they do share a possible connection which is Scott’s ex-flame Katherine Bell.

General Hospital fans know Anna started suspecting Valentin long before. She knew that he was hiding something from her but didn’t know what. The spoilers for the upcoming episode show that Felicia will grill Anna

and ask her about the plans that she has in store. She will tell her that she indeed has a plan in mind to dig out the truth.

Elsewhere, Victor will quiz Valentin. He will try to convince Victor that he has taken care of Anna-related issues. He will show that he is loyal to his father. But Victor might think otherwise. He won’t be so sure if he can trust his son. It is teased that the relationship between father and son due will remain patchy for now. Watch General Hospital, which airs every Weekdays on ABC. For more information on spoilers, visit our website, TV Season & Spoilers.