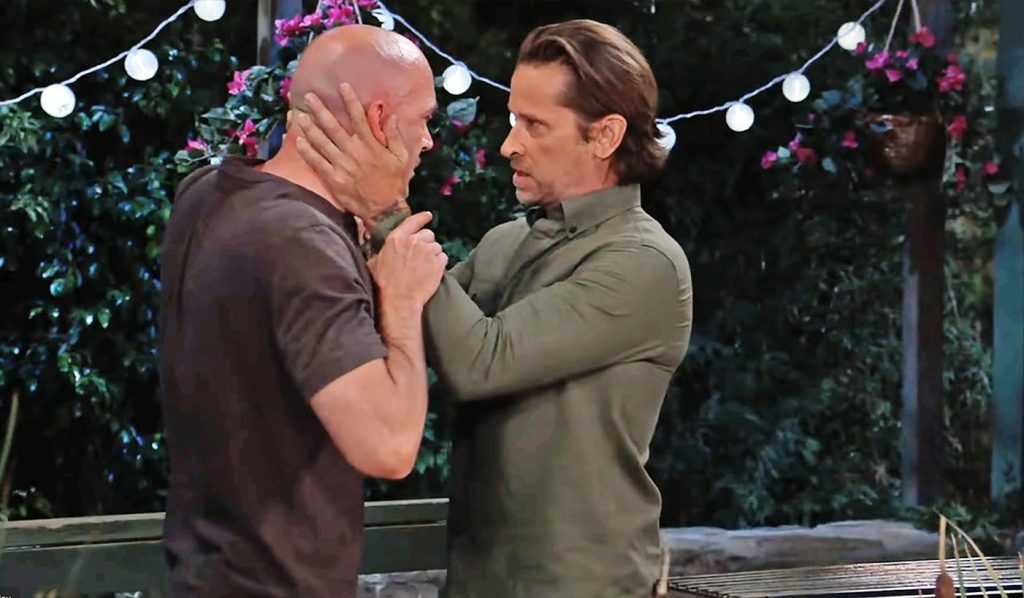 General Hospital spoilers for January 20, 2023, reveal that Marshall will shout at Portia for pushing him to take the genetic test. He also won’t want to play a clarinet solo at her wedding. However, Curtis will come to convince Marshall later. Will he be willing to take the test for his son? Elsewhere, Austin won’t want to take any orders from his shady family. So, he will eventually attack Mason when he comes with another demand. Keep reading to know what is to happen in today’s episode.

After causing problems that are beyond repair, Victor will realize that Nikolas is just a burden and nothing else. General Hospital spoilers say Victor will meet with Nikolas and give him a last warning and ask him to watch his steps. However, Victor will end up giving a death threat to Nikolas. He will warn Nik that if he goes against him again, it will be Nik’s last move! Looks like he will also make some dangerous move that will stun Nikolas and make him believe that Victor is serious about his threat.

Over with Dex, he will inform Josslyn that he’ll be leaving Sonny’s organization soon. He may say that after he completes his assignments, he will quit his job. It will be interesting to see whether Dex spills he is working for Michael secretly or not. Later, Cameron will witness something heartbreaking. Looks like it will be a sizzling moment between Josslyn and Dex.

This might actually help Cameron to realize that Dex wasn’t the only reason for the breakup, but it was Josslyn who let him interfere. He may decide to confront Joss and demand to know the truth if she cheated on him. Spoilers already hinted that Cameron and Dex would land in some legal mess

. It won’t be a surprise if Cam punches Dex or exposes him to Sonny. Let’s wait and see what happens between these two.

Coming up next, Portia will want Marshall to change his mind about getting the test. However, he will not just refuse to get the test but also refuse to play a clarinet solo at the wedding. He will fear that he might get another schizophrenic episode and ruin her marriage. Portia would continue to doubt if he got the right diagnosis. Even if the diagnosis is wrong, Marshall will still won’t want to know the results.

According to him, if he discovers that he isn’t schizophrenic, then all these years when he stayed away from his family will be of no meaning. So, he will purposely deny knowing the truth, which could actually hurt his feelings. The more Portia pushes him to do, Marshall will lash out

at her and leave her upset. Later, Curtis will come to give a pep talk to his father. Will Marshall agree to get the tests done? We will know that soon.

At the Hospital, Michael will rip into Carly again. She will try to explain her intentions, but he will wonder if there is no difference between Carly’s and Nina’s actions. Stay tuned to see what happens between the mother-son duo. General Hospital airs every weekday on ABC. For more updates and spoilers, visit our website, TV Season & Spoilers.