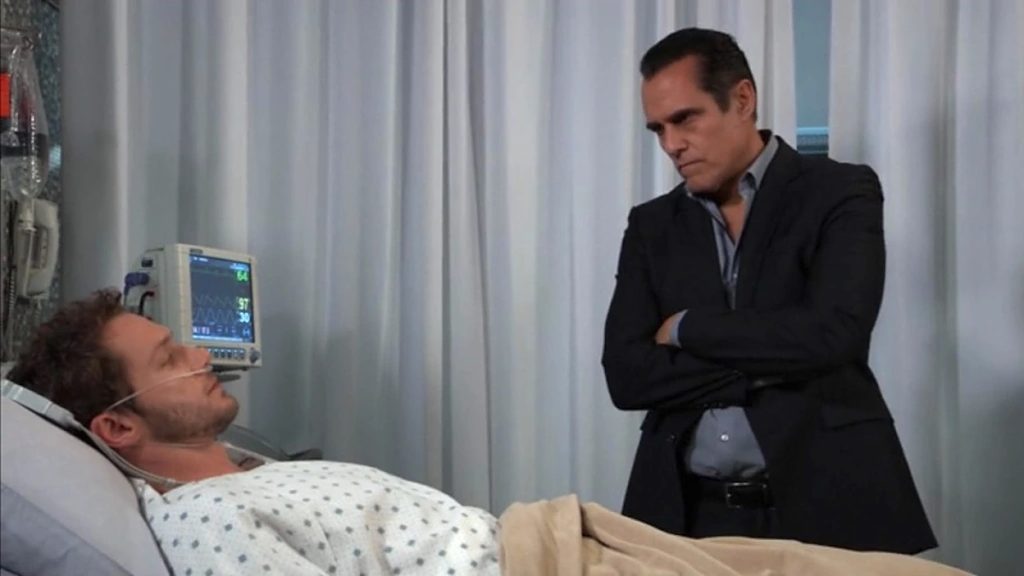 General Hospital spoilers for Monday, September 19, 2022, revealed the story of Brando and the attacker. He woke up and told Jordan he remembered hearing the sound of jewelry when he was attacked. Next, we saw Dex and heard the sound of his military tags clicking against each other. He was there to watch Josslyn on Sonny’s orders.

After that, Sasha took care of Brando, and they kissed. However, he started coughing loudly and had a seizure. Later on, Portia confronted Curtis about his relationship with Jordan. Curtis accused Jordan of misplacing the divorce papers intentionally. What was that? Here is everything about it.

In this episode of General Hospital, we saw Curtis confess he felt bad about Jordan. However, he assured Portia his marriage was in the past now. Portia asked him if Jordan knew he was returning to work. Further, Jordan-related spoilers suggest that Sonny told her he did not want to be left in the dark. However, Jordan was not sure about the investigation. Furthermore, Jordan wanted Sonny not to tell people about the hook being the murder weapon.

Meanwhile, Brando recovered and touched Sasha’s face tenderly. Sasha was relieved to see he was doing better. Jordan arrived, and Brando informed her he did not see the attacker’s face. However, he remembered a jingling sound, just like when Sasha’s bracelets clinked against each other. Jordan wondered if the assailant was wearing jewelry.

At the Metro Court pool, Dex s at down, and his military tags clinked against each other. Josslyn thought she was being stalked and told Trina about a strange man in sunglasses. He was staring in their direction, and Josslyn decided to confront him. Trina tried to stop her. Dex arrived and took the stranger aside. He was a man that worked with Sonny and was here to relieve Dex, who had been watching Josslyn.

Dex made sure the guy left and reassured Josslyn. He called Sonny and asked about Brando. Dex told Sonny he was relieved to hear the news, but his expression said something else. Brando spoke to Sonny and then kissed Sasha when she suggested an anniversary trip for them. However, Brando started coughing loudly, and there was blood in his cough. He had a seizure and left Sasha in complete panic.

In this episode of General Hospital, Alexis met Gregory Chase and accepted his invitation to the journalism panel at PCU. They discussed Kristina and what she had been through. Hamilton arrived and caught up with them, he revealed the hook connection between the victims of the crimes. They wondered about the possibility of another attack.

Curtis and Jordan met and tried to break the tension. He wondered if Jordan misplaced the documents or hid them intentionally. Jordan was annoyed to hear the accusation. Meanwhile, at Kevin Collins’ office, Elizabeth undertook hypnosis and tried to remember her past. She recalled a memory of seeing a woman sprawled at the bottom of the staircase. General Hospital airs weekdays on ABC. Stay tuned with TV Season & Spoilers for the latest news and updates.