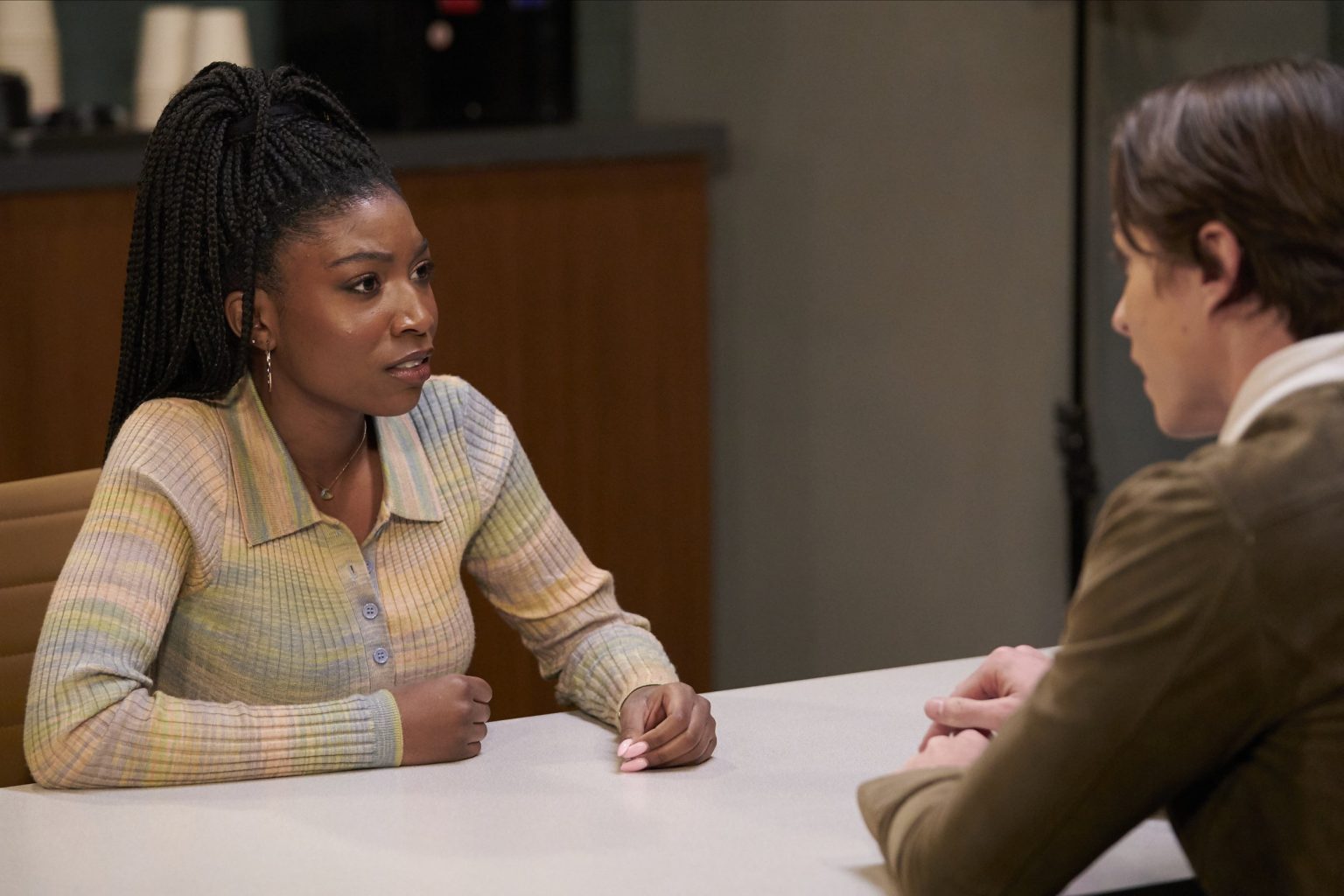 General Hospital spoilers for November 14, 2022, reveal that Esme will try to call for PCPD through Nikolas’ bodyguard. However, she will fail to trick them. Elsewhere, Liz will learn about Esme’s pregnancy and will confront Nikolas about it. On the other end, Trina will lash out at Spencer when she goes to meet him. What is Trina trying to confess to Spencer? Keep reading to know what is brewing in Port Charles in Monday’s episode.

Trina Lashes Out At Spencer

At Pentonville, Trina will finally go to meet Spencer in prison. General hospital spoilers reveal that Trina will want Spencer to confess about the letter. She knows that her feelings for Spencer were clearly visible, but he didn’t take any effort to come and ask her. However, the same applies to Spencer even. They both have had feelings for each other past many months, but no one dared to confess it. Afterward, Esme’s problem arose, and the situation got even worse. Ultimately, Trina ended up with Rory and Spencer in jail. Once Spencer’s prison time ends, will these two get together? We will know soon.

Elsewhere, Marshall and Curtis will wait for the genetic results. It turns out Curtis won’t be passing on his schizophrenic tendencies to his children if has any. So, Portia will breathe in relief. However, she will remain to be on edge with Trina’s paternity issue. Above that, Jordan will also keep pushing Portia to come clean about all the lies she’s telling Curtis. In the meantime, Marshal will call Curtis a lucky man and will ask about his family plans. Looks like Curtis wants to have children with Portia. However, he doesn’t know that he already has one!

Next, Esme will come up with a trick. General Hospital spoilers tease that Esme will try to convince one of Nikolas’ guards to call the PCPD. She will say that it is very urgent or else Nikolas will be in danger. However, the bodyguard won’t be that easy to manipulate. So, Esme will now have to come up with another trick. Later, Ava will come to discuss about something with Nikolas. So, she will wonder how Nikolas is going to handle the situation. But, he may insist that he can do it.

Over with Carly, she will land at the doorstep of Liz. However, Liz will insist that it is not the right time to talk. But she will confront Liz about her Esme encounter. Later she will take some time to grill Nikolas. This is when Eliza beth will discover a pregnant Esme Prince

in Wyndemere. Elsewhere, Finn will learn that Jordan is looking for Liz to investigate her run-in with Esme.

Finally, Josslyn will help Dex hide from someone and will also have a close call. No matter what happens, Joss’ first priority will be to help Dex. Stay tuned as GH will air more mystery-packed episodes. General Hospital airs every weekday on ABC. For more updates and spoilers, visit our website, TV Season & Spoilers.