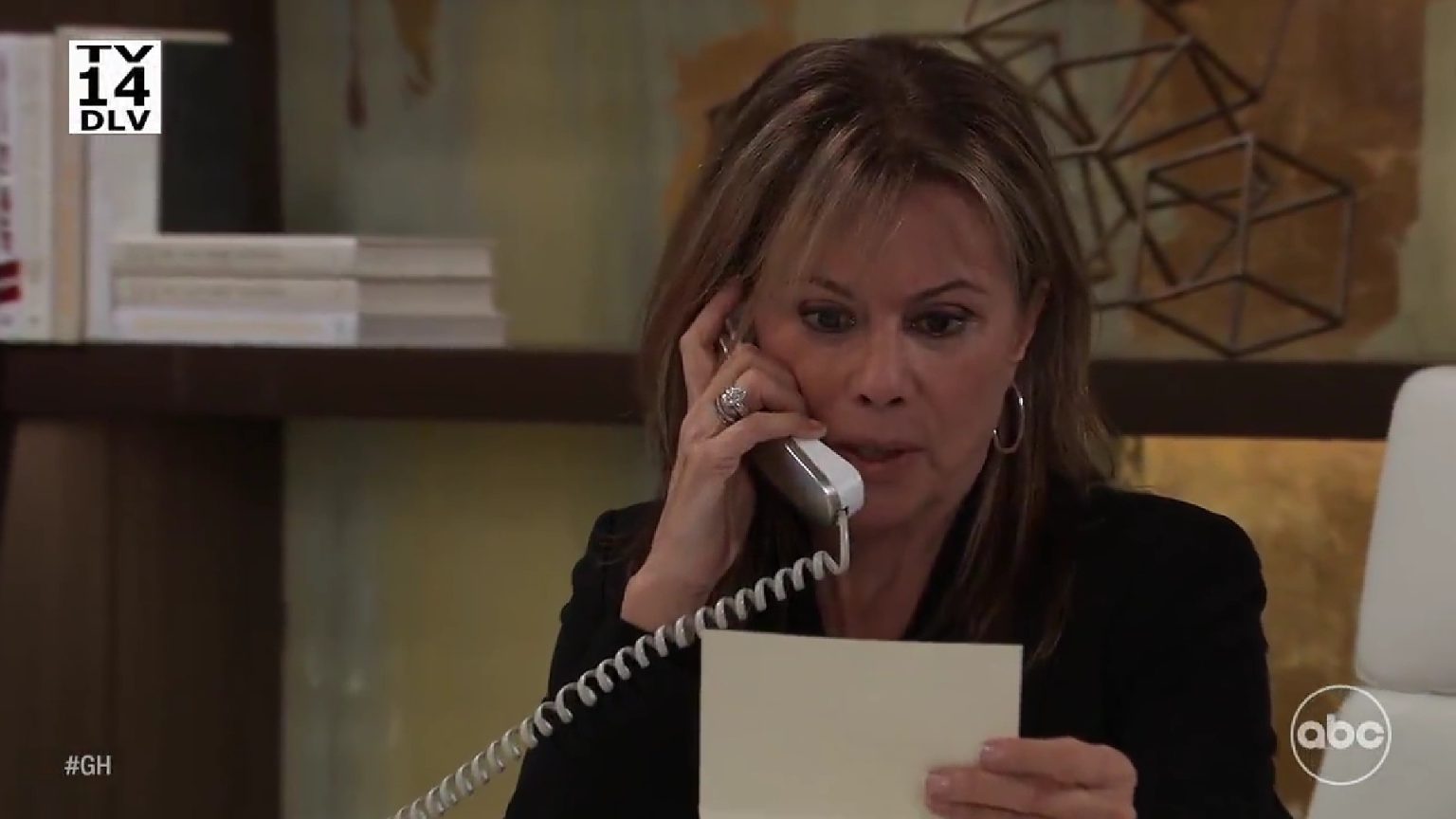 General Hospital spoilers for November 2, 2022, tease that Alexis will warn Drew and Carly that their relationship might end both in prison. Later, Alexis will receive a shocking letter from the hook, which will explain a few horrifying updates. What could it be? Elsewhere, Josslyn will sense that Cameron might be in danger. Will Cameron be the next victim in town? Continue to read and find out what will uncover in today’s episode.

All this while, Alexis was trying to communicate with the Hook killer through her articles. She used to make triggering articles just in the hope that the Hook might reply to her. General Hospital spoilers tease that Alexis will finally be able to get one response. On Wednesday, the maniac killer will respond to one of her articles and give some shocking updates. The maniac will admit that the victims were not random but instead linked to Trina.

Once Alexis gets these horrifying updates, she will fill in Jordan with that. Looks like Alexis will have the plan to handle the situation. But Jordan will insist on not doing anything and letting the cops handle the killer. Following this, Jordan will instruct Dante on what she wants him to do next. Chances are there that the PCPD might now track where the letter came from.

On the other end of the town, Elizabeth will be devastated after getting some shocking updates about Reiko. Looks like Jeff will fill in Liz with all the answers to her doubts. Turns out that Liz was the one who caused Reiko to fall down the staircase. So, she will now want to share the same with Finn. Will this revelation lead to Liz and Finn’s relationship going downhill? The chances are high. But given how Finn is a doctor, he might also understand Liz’s health condition.

First, Josslyn and Trina will have a chat. Trina will share how she only kept thinking about Spencer while she was sharing a bed with Rory. Even though she is in a relationship with Rory, her heart is with Spencer. General Hospital spoilers reveal that Trina will remain in denial of her feelings for Spencer.

As for Josslyn, she will also share how emotionally distant she feels from Cameron nowadays. To this, Trina will offer some quality advice to her best friend. However, Josslyn will soon get updates from Jordan about the attacks not being random. Also, it is connected to Trina. Joss’s gut feeling will tell her that Cameron might be the next target, so she will want to intel him about it. The preview video also showed Cameron in danger, will he be the next target? We will know that by this week.

Further on General Hospital, Sam will assign a task to Spinelli. She will want him to dig deeper and find dirt on Cody. Speaking of Cody, he will fall on Scott and Liesl’s radar again. Scott will warn Cody to stay away from Liesl’s daughter. So, it is pretty clear that Cody is indeed hiding something really big from Britt and everyone. Over with Obrecht, she will also warn Britt about the same thing. She won’t want her to get close to Cody. But Britt will shut her up.

Finally, Alexis will point out some risky doing of both Drew and Carly. This will lead to Drew stopping Carly from spilling about their romance to anyone. He will alert her to what Alexis told him. However, fans know Carly, and Drew’s romance is in its budding stage, and they are pretty crazy for each other. So, chances are there, they might sneak around to meet in private. Will they get caught soon? We will have to wait to see what happens in the future. General Hospital airs every weekday on ABC. For more updates and spoilers, visit our website, TV Season & Spoilers.