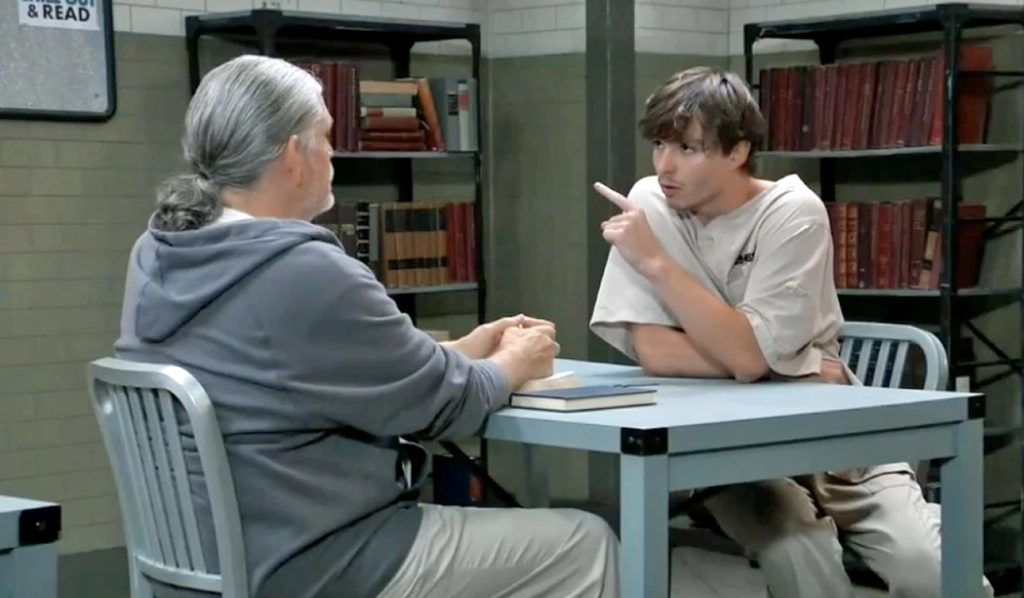 General Hospital spoilers for October 19, 2022, tease that Lucy will be shot by someone she knows in the upcoming episode. So, who could that be? Elsewhere, Cyrus will approach Spencer with an offer that will confuse Spencer. Over with Alexis, she will sort things out with Kristina, who will be upset with her. Will Alexis’ plan really work? Keep reading to see what GH has in store for the viewers in today’s episode.

Alexis and Kristina will have been having some problems with each other. Looks like Alexis disapproved of Kristina’s job, which pissed her off. Now, Alexis is trying to make peace among them. Later, she will pay a visit to Diane in the hospital. As she narrates how scared she was when Diane was attacked, Diane will simply pass jokes. She will tease that Alexis’ article in The Invader might have triggered the hook killer attacked Diane.

Apart from Alexis, Robert will also come to meet her to see if she has got some recent clues regarding the hook killer. Speaking of the killer looks like someone else across the town will also be in trouble. It will be none other than Lucy. Anna already warned Lucy not to go on Victor’s midnight cruise. But she did not listen to him.

General Hospital spoilers say that someone known to Lucy will approach her with a loaded gun. The attacker will be working for Victor and tak ing his orders. Could that be Deputy mayor Eileen Ashby? That is a possibility we cannot overlook. Elsewhere, Valentin will also board the jet to meet Charlotte, so he will also be in danger.

In the meantime, Anna will come to meet Victor. she will accuse him of trapping Valentin. As of now, Victor is not sure if Valentin is working with Anna or not. So, he will shoot clever questions at Anna to pry for information. However, Anna will be clever enough to dodge the questions and not let Victor get any clues.

At Wyndemere, Ava will rip into Nikol as

for his sudden change of heart on divorce. And the fact that Victor was the one to inform will piss her off even further. General Hospital spoilers say that Ava will wonder if Nikolas is playing with her feelings. Just a few days before, he was asking for another chance, and now suddenly, he wants a divorce.

While they are clashing, Esme will try to escape the place from another door, but her efforts will go down the drain. Chances are there that Ava might have a run in with Esme. Once she notices the baby bump, there are possibilities that Ava might join the dots. Fans can expect Ava and Esme to have a face-off real soon. So stay tuned.

At Pentonville, Cyrus will approach Spencer with an offer. He will want to help Spencer. However, Spencer won’t understand what he might get from helping him. Fans know that Cyrus wants to impress Laura, and he can do that by helping and protecting Spencer while he is in prison. Nevertheless, Spencer will definitely like the offer of having some powerful like Cyrus as a backup. So, Spencer will be ready to accept his offer.

Over with Sonny, he will finally give Jason Morgan’s post to Dex. All this while Dex was trying hard to convince Sonny, but now it looks like he has finally gained his trust back. Once Sonny appoints Dex as a lieutenant, things will take a turn for the worse. Since Dex is working for Michael, he will continue to plot against Sonny. Stay tuned and watch General Hospital, it airs every weekday on ABC. For more updates and spoilers, visit our website, TV Season & Spoilers.