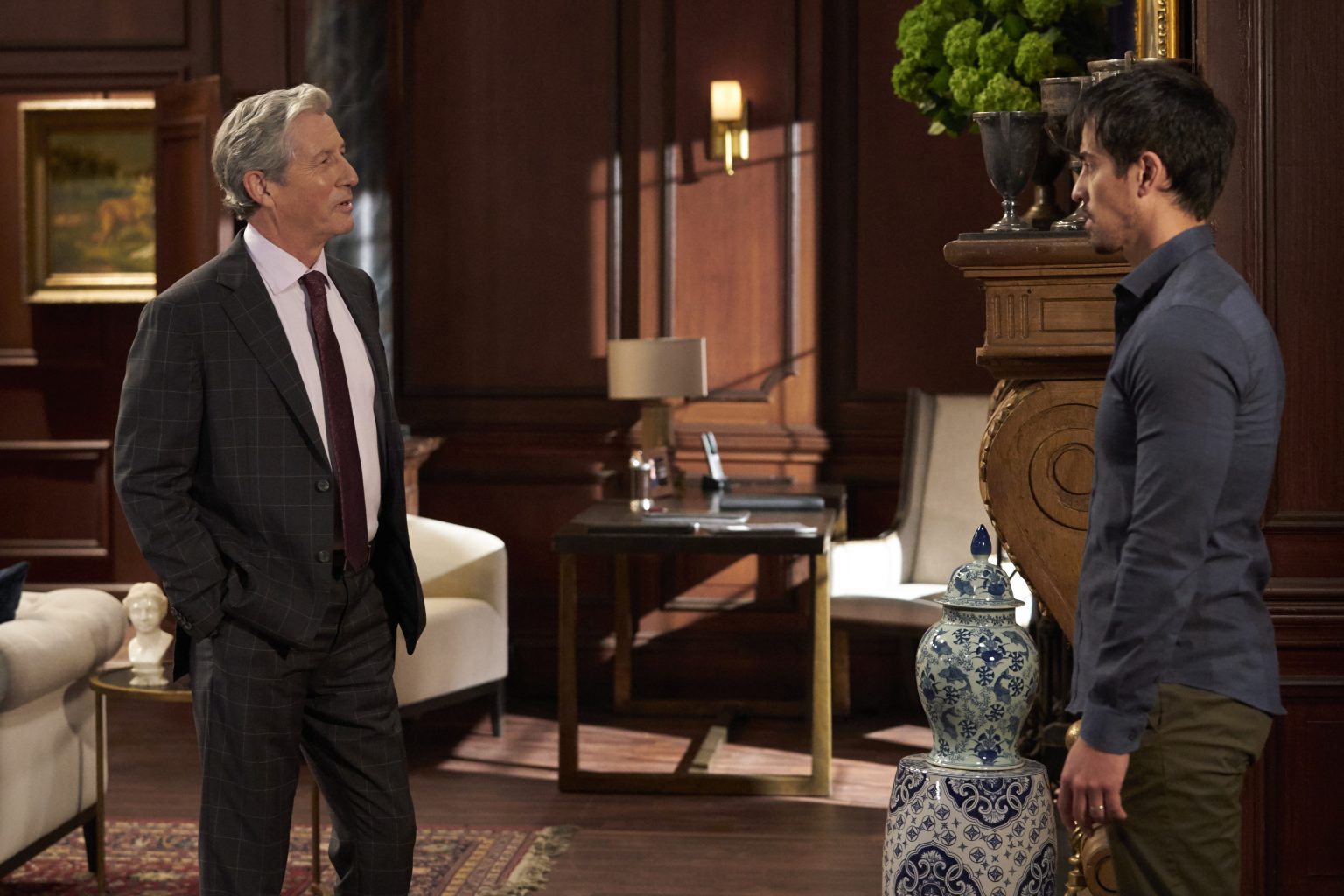 General Hospital Spoilers For October 26, 2022: Britt Is Curious To Unsolve A Mystery, Victor Is After Nikolas

General Hospital spoilers for October 26, 2022, tease that Britt and Cody will find a diamond necklace inside Peter’s safe box. This will stun Britt, who will now want to know the mystery behind it. Elsewhere, Cody will reject someone’s help. So, we will have to figure out what that could be about. Over with Victor, he will decide to move into Wyndemere using Nikolas’ letter as leverage. Victor’s move is certainly going to shake things up in Nikolas’ life. Keep reading to know what is brewing in Port Charles.

Victor already is suspecting Nikolas and thinks that he is hiding something from him. Fans know what exactly he is hiding! But people in Port Charles are still unaware that Esme Prince is back, Ryan is an exception! Above this, she is also pregnant with Nikolas’ baby. Since Nikolas will be acting all suspiciously, Victor will make a major decision. General Hospital spoilers tease that Victor will decide to move into Wyndemere.

Speaking of Nikolas, he is already kept Esme hidden in there. So, will he support Victor in this decision? Well, whether he supports it or not, Victor will certainly make himself clear. He will use Nikolas’ letter as leverage to make his wish come true. However, Victor doesn’t know that Ava has Nikolas’ video confession, which is more explosive than the letter. Other General Hospital spoilers say that Ava just found out that the letter was stolen, so she will know just what she needs to do with the video confession.

Later, Ava and Nina will have a chat, Nina will notice that Ava’s visit is not temporary. Rather, it looks more of a permanent stay. So, Ava will hint to her about the ordeal between her and Nikolas. Since Ava has the video, she knows that she has the upper hand. So, she will tell Nina that Nikolas can’t keep her away from his life until and unless she wants it.

At the hospital, Britt will ask someone if they were ever a thief in their past. Since Britt will turn to Sam for help, chances are there that she will be asking this question also to her. Given how shady Sam’s past has been, Britt will be curious

if she ever stole some jewelry. General Hospital spoilers claim that Britt and Cody opened Peter’s safe box only to find a diamond necklace worth millions of dollars.

Even though Britt left the necklace in the box itself, Cody became very curious about it. Considering Cody’s knowledge about diamonds, chances are that he might be a thief himself. At the boxing gym, Cody will reject someone’s help. It could be Dante, to whom Cody will open up later about something. We will have to wait to see if he shares about the necklace discovery with Dante.

Back with Sam, Britt will assign her some tasks that she won’t be able to decline. Looks like Britt will want to know the real owner of the necklace. So, she will ask Sam to find what is the mystery behind the diamond necklace and who it belonged to in the first place.

Next, Robert will come to meet Anna in prison. He will assure her that he will take her out of all this mess anyhow. However, Anna will be concerned about Valentin and Charlotte. She will wonder if Victor might kill them.

Over with Holly, Felicia will take her out to make her feel comfortable. Even though Holly will appreciate Felicia’s gesture, she will still feel uncomfortable thinking about what might come next in her life due to Victor. Elsewhere, Maxie will be frustrated with Austin for hiding things from her. She has already sensed that Mason and Austin’s bickering is not something normal. However, Austin will keep on dodging her questions. Stay tuned and watch General Hospital, it airs every weekday on ABC. For more updates and spoilers, visit our website, TV Season & Spoilers.