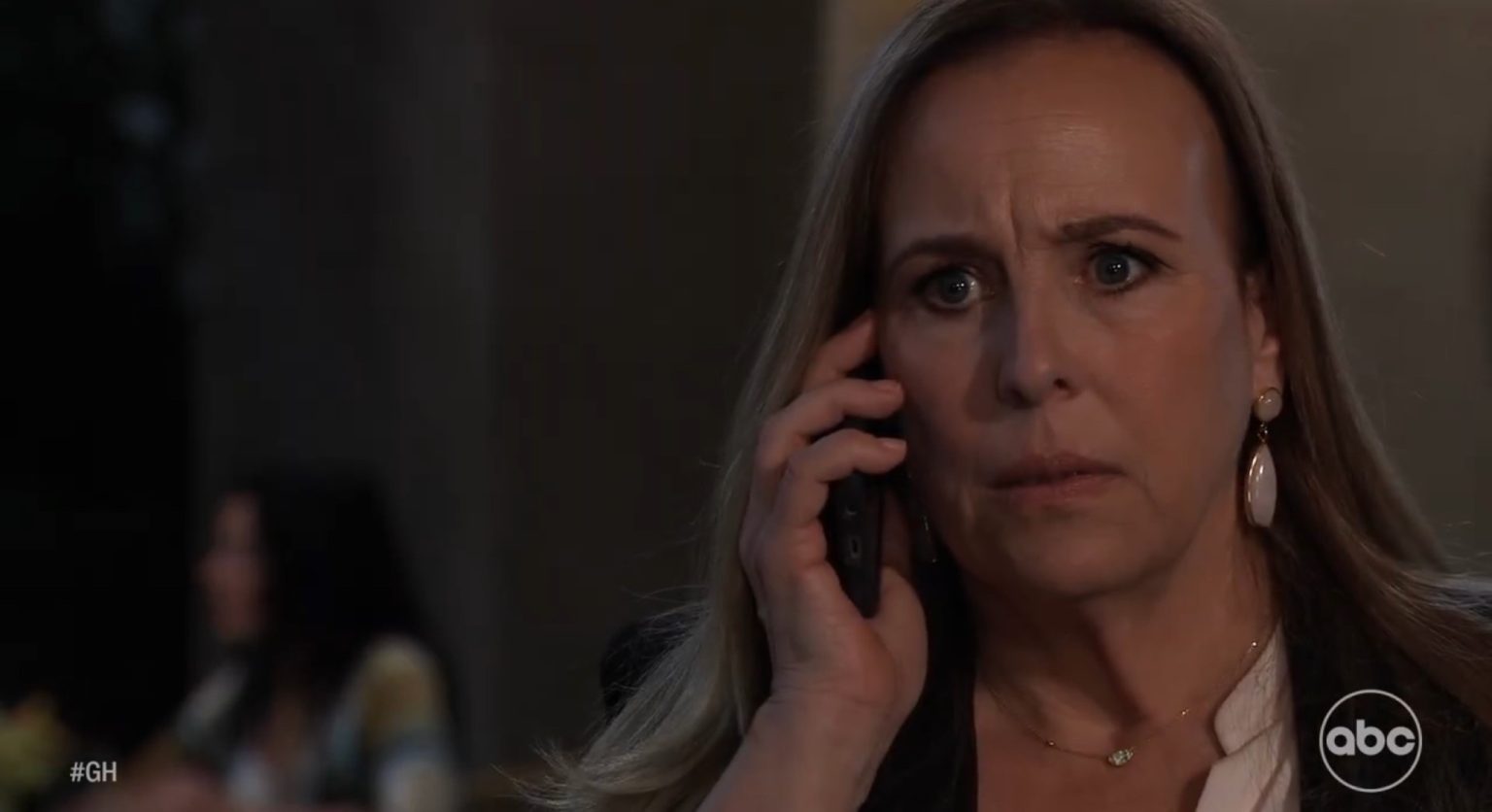 General Hospital Spoilers For The Week Of June 20, 2022: Laura Is In DANGER, Political Threat Looms

The upcoming week of June 20, 2022, will be a celebratory week for General Hospital. Not only will GH air Laura-centric episodes (the actor with the oldest contract) but also bring all the faces on the canvas. Owing to this, General Hospital viewers will get to see Cyrus Renault returning.

Other than that, there will be some ELQ meeting drama. Chase will be worried about his future, and Dante will dig for answers. Further, Anna will put Valentin in a hotspot, and things will become very tricky. What will all happen? Here is everything to know.

Laura Is In Danger

Starting the week of June 20, 2022, will be a celebratory week because General Hospital will air its 15000th episode. This episode will focus more on Laura Collins, played by Genie Francis, as it celebrates her time on the soap opera. As per the latest spoilers, Laura will face a political threat. While we don’t know who will do it, there is a possibility that Victor Cassadine might have something to do with it.

More related spoilers suggest that Laura’s half-brother Cyrus will make his way back to Port Charles. Since it is an episode that celebrates the 15000th episode, Cyrus will come back along with most of the regular cast members. All of them will come together for this special milestone.

The week of June 20, 2022, also reveals that there will be ELQ drama in the upcoming days. Owing to this drama, there will be a lot of clashing between Valentin Cassadine and Drew Cain. It looks like while things are getting heated up, Drew and Michael might be poised for the victory here. As Michael wins this whole thing, Carly, Josslyn, and Bobbie Spencer will have a little celebration. They will get some good news, and that will lead to these celebrations.

On the other end of the town Chase will start worrying about the future of his career. It looks like Chase and Brook’s plan against Linc Brown will backfire on them at some point, and that would lead to Chase almost losing his job.

Speaking of the detectives, another PCPD detective, Dante Falconeri, will grill Cody Bell and hope to get some information out of him. It looks like Dante will ask Cody about his stunt riding injuries. But the gear will shift soon, and they will start to talk about Dante’s past. Given how ominous all of this has become, it looks like Dante is hiding some very dark secrets from his past.

Further, General Hospital spoilers for the week of June 20, 2022, confirm that Brando will suspect something about Dex. The two of them will also have a spar over that. This will lead to Sonny intervening and trying to push these men to make peace. Sonny hopes that the two of them can resolve their differences, but Brando will remain skeptical. More related spoilers say that Dex could be working for Michael.

Spoilers also suggest that while Michael is trying to do some power play, Leo will end up eavesdropping on his conversation. Leo will overhear Michael planning something bold against Sonny. Will Leo tell someone about it? We will have to wait to know.

Best friends will patch up in the upcoming week of June 20, 2022. The latest General Hospital spoilers say that after going through a rough patch, things will become better for Brad and Britt in the upcoming days. Brad will get a gift for Britt, and the two of them will reconcile. However, some GH spoilers say that Brad will keep some secrets from Britt because the mob mayhem has started to heat up once again.

As per the General Hospital spoilers for the week of June 20, 2022, Olivia will have a showdown with Nina where Sasha will rush to Nina’s defense. It looks like Sasha will try to justify Nina’s past mistakes, and that will infuriate Olivia. However, things will change when Willow enters the scene. There is speculation that says Willow will collapse infront of all of these women. General Hospital has been putting the groundwork for a major revelation. Could this be Willow’s pregnancy? We will have to wait to know.

Anna Questions Dante, Spinelli Is In The Hotspot

The detective in Anna will start to get suspicious, and in the upcoming week of June 20, 2022, Anna will interrogate Valentin about the relationship he has with Victor. Anna will have questions, and that will lead her to the right path because Valentin will then open up about being the mysterious French captain.

Meanwhile, Damian Spinelli will find himself in a difficult spot because Cody will put him in it. Cody now knows Spinelli’s secret of the Society Setups. So, it might have something to do with it. We will have to wait to see what this is all about, but whatever it is, it will be interesting.

Rounding off General Hospital spoilers for the week of June 20, 2022, GH viewers will get to see a lot of teenage drama. Esme and Rory will cross paths, and Esme will try to flirt a little. Rory will not be interested. So, that will become a little embarrassing for Esme. While Rory ignores Esme, Trina, Curtis, and Marshall will prepare for whatever is coming for Trina next. Trina’s court hearing is nearing. So, that will need a lot of strength for all of them.

Speaking of strength, Sasha will need some, too, and she will catch up with Michael in the upcoming episodes. The two of them will bond, and it will be interesting. General Hospital airs on ABC all weekdays, and it’s bringing some very explosive storylines. Make sure you tune in and enjoy.