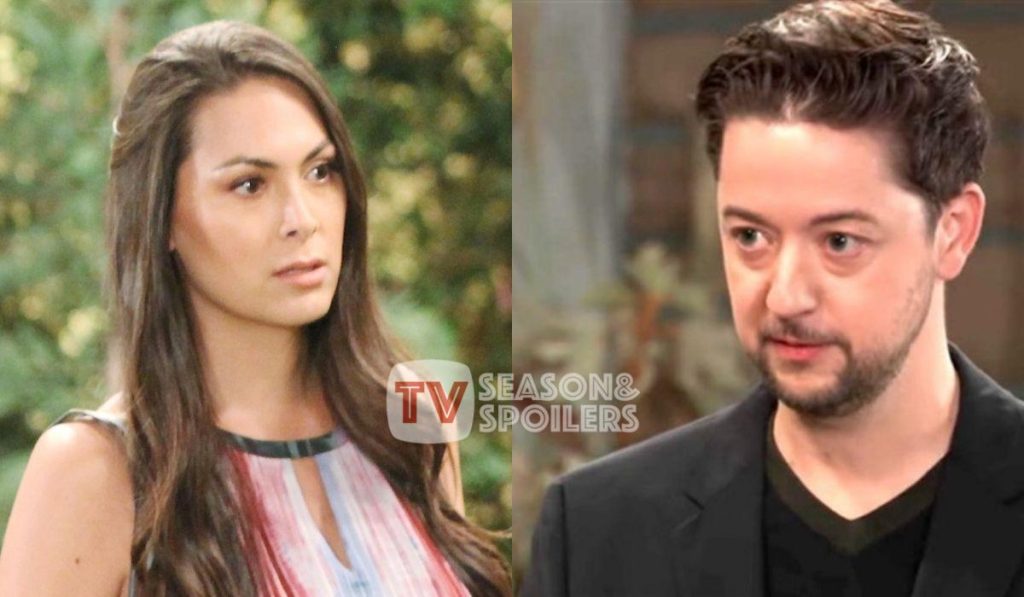 General Hospital Spoilers: SHOCKING PAIRING, Terry And Spinelli The Next Couple In Town?

General Hospital spoilers suggest that an unexpected pairing might be coming up on the soap opera in the upcoming days. As per the spoilers, Terry will meet a man and click with him. This will be a pairing that nobody had thought of. As per the latest spoilers, Terry and Damian Spinelli might end up in each others’ orbits, and things will become steamy and romantic there. What will all happen? Here is everything about it.

Terry Is Looking For Love

General Hospital viewers who have been keeping up with the soap know that Terry is consciously looking to meet someone she can have a romantic relationship with. She had been using dating apps. But recently she told Portia that all the guys she has met on these apps are looking for hookups. However, what Terry really wants is to get to know someone and move things along the way.

Portia then comes to Terry’s rescue and signs her up on an anonymous dating app that focuses on texting and does not shows pictures of the other person. While Terry didn’t think it was a good idea at first, she ultimately found her match. And now, she has been texting someone. In fact, General Hospital spoilers suggest that she is looking forward to going on a date with this person.

General Hospital: A Mistaken Identity Case Is Coming Up

More related spoilers suggest that a mistaken identity case is coming up around this whole date storyline. February sweeps reveal that when Terry goes on this first date, she will end up on someone else’s table. There will be a very funny confusion, and Terry will realize that she has got the wrong person. However, we know that this is General Hospital, and nothing here happens without reason. So, it is likely that all this dating app drama will not matter, and all GH writers really are doing is pushing Terry towards t he man Terry must date

Who Is This Man?

Keeping in mind how there aren’t many single men in Port Charles right now, we have very limited probably guesses. However, some spoilers suggest that this man could be Damian Spinelli. General Hospital tends to make Spinelli a part of such humourous and tricky situations. Not only that, Spinelli recently split from Ellie Trout. So, he might be open to trying something new. So, he is a guess that we would put our bets on.

Regardless of who the man is, General Hospital spoilers say that Terry will go on her first date in the week of January 14-18, 2022, and it will bring a lot of fun. General Hospital is bringing some engaging storylines. So, make sure you tune in and enjoy. GH airs on ABC all weekdays. Don’t miss the action.