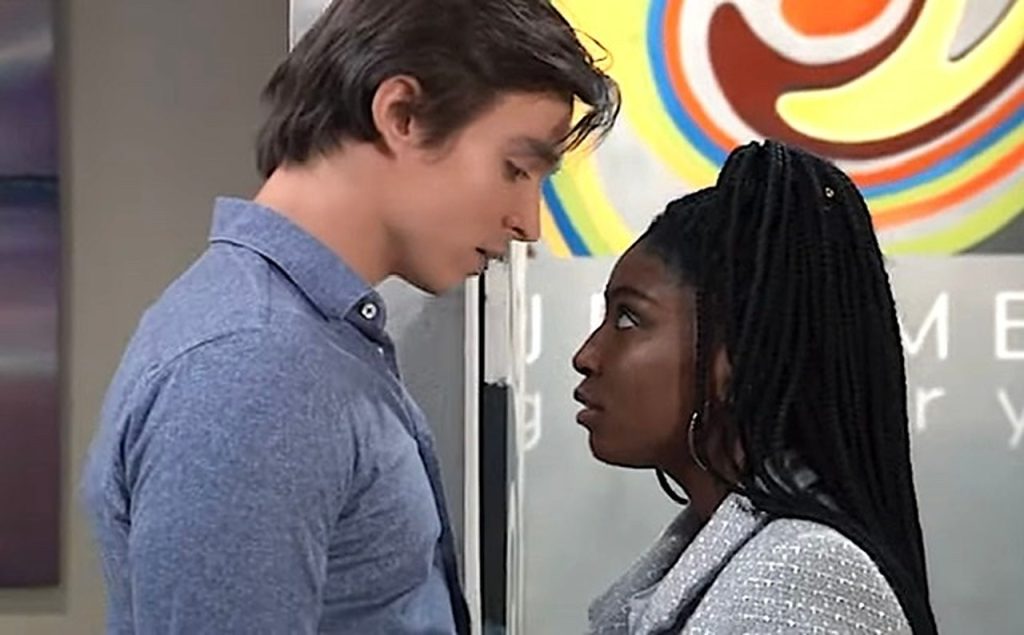 The internet currently is blowing up with speculations that Rory Cabrera is getting hooked next on General Hospital. The Rookie cop has gone rogue on the ABC soap and is hot on the trail of the Hook Killer. His mind is made up that he can nab the psycho slasher if he catches him off guard. Hence, like a lone warrior, Rory embarked on the quest, making his way to the apartment he found the address to in Hook killer’s files. However, if the Hunter becomes the prey to the poisonous hook, there is one man who stands to gain a woman out of the whole tragedy! So, are we heading towards a Spencer-Tria reunion, if Rory dies?

Now that Rory has taken it upon himself to unmask and bring to justice the Hook Killer on General Hospital, it will be interesting to watch where it leads. While, we want to root “Go Rory, Go!”, there might be a big Oh No! moment ahead on the soap. Spoilers indicate that the Hook Killer will lure Rory inside the apartment and once the two opponents are inside locked doors. One will attack the other. By the looks of it, Rory is about to taste the poison

A General Hospital preview video revealed Dante racing towards an apartment. Will he reach in time to give Rory some back up? Or will he land there a few minutes too late? Just to find a bloodied Rory on the floor, and the Hook Killer in the wind! If this happens, it’s case closed for Trina’s lover boy. Other General Hospital spoilers suggest that Trina is soon going to receive some devastating news. Will it be Dante rallying the news that Rory is gone? That would truly leave Trina heartbroken. However, she does have a certain Cassadine boy waiting in line, shoulders ready to lend some support. Looks like Rory getting hooked will open the door wide open for Spencer to come in and sweep Trina away!

Let’s be honest here for a mini minute. Twitter is flooding with fans wanting a SPRINA reunion. Besides, it really does seem like Spencer and Trina are end-game material on General Hospital. Ever since rumors broke out that Rory might be bidding goodbye to Port Charles, fans are roaring for Trina to get back with Spencer. The speculations started after actor Michael Blake Kruse (Rory) posted a picture of himself from GH in a post that seemed like a farewell. It convinced fans that Rory is indeed out and SPRINA are on their way to start the New Year together.

A user, Hayley, stated that she is giving Trina two weeks tops, to mourn Rory. And then, she needs to get over him and make out with Spencer on NYE on General Hospital. Another user, Eladh9, hopes that this will make her realize her mistake, and she will be more open about her feelings henceforth. Meaning she will open up to Spencer about how she actually feel about him.

However, there is a small section of fans that believe Rory won’t die, further complicating the Spencer-Trina-Rory love triangle. Looks like we will have to wait for the next episode of General Hospital to find out what actually happens. Meanwhile, let us know in the comments what you think will happen? Are you rooting for Rory to survive? Or do you want him gone and make space for SPRINA?