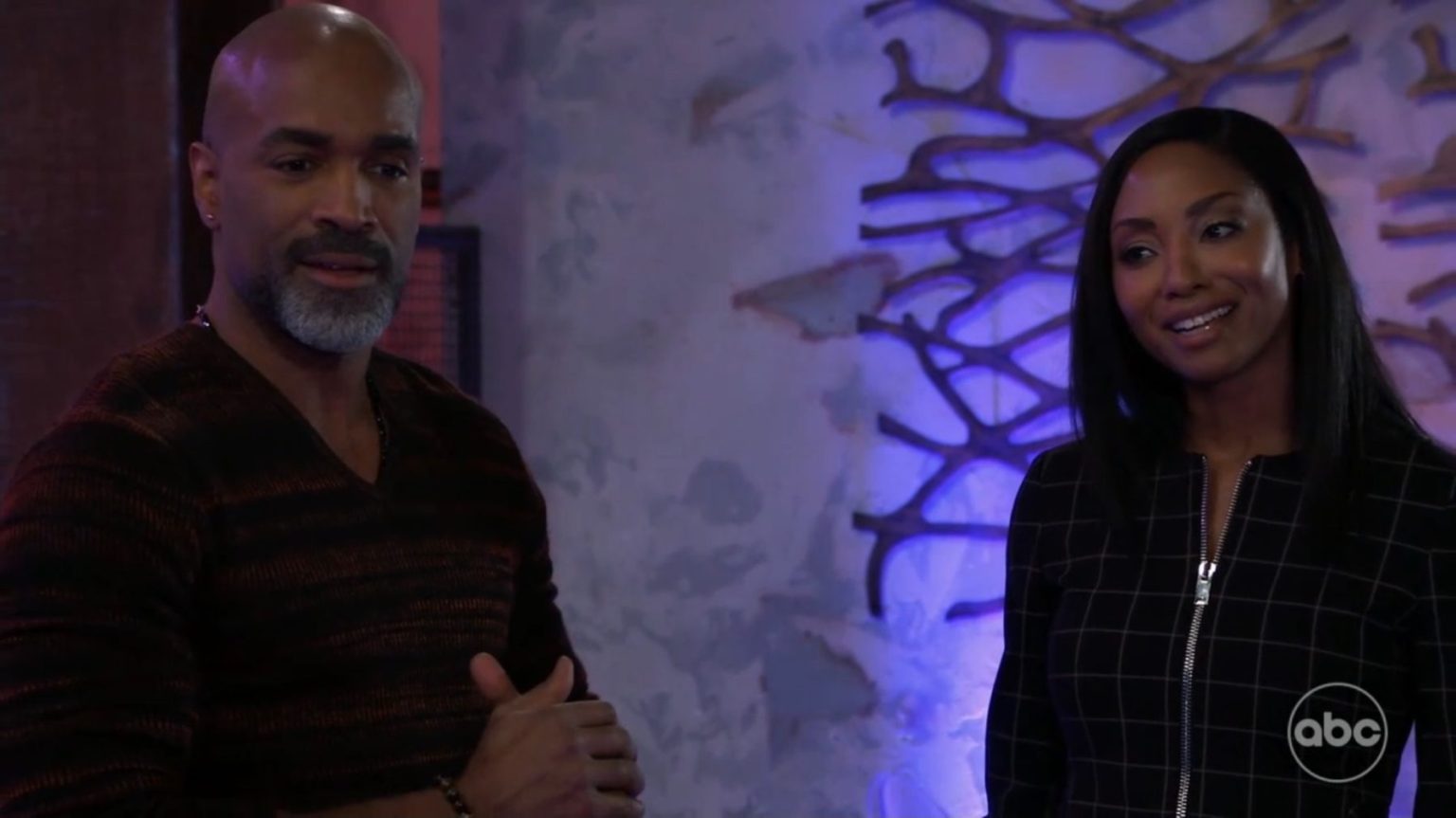 General Hospital spoilers for the week of April 11-15, 2022, are out. And it reveals that upcoming episodes of the ABC soap will be full of drama and trouble. We are in for an exciting week where some characters will fight for their loved ones, and some might be worried.

Spoilers suggest that Nina will continue to fight with Willow and Michael over Wiley Quartermaine. Then, Harmony will be worried about Brendan’s comeback. Viewers will also see a lot of teenage drama continuing this week.

Furthermore, Aiden Spencer might have a theory for Liz’s stalker while Brando and Sasha deal with something. It looks like we have so much to know. So, let’s dive right into all the storylines.

Starting off the week of April 11-15, 2022, Nina will continue to fight for her visitation rights with Wiley. And all the legal drama will stay on course. We might also see Sonny making an offer to Phyllis, which might involve Nina Reeves. Moreover, Sonny will also look out for Nina and try to calm her down amidst all this drama.

When Sonny visits Michael and Willow, the duo might tell their perspective and make Nina look like a monster. General Hospital spoilers tease that Michael and Willow will do everything to keep Wiley away from Nina.

Next on GH, Alexis will meet with Harmony, who will be worried about something. The reason behind Harmony being worried would be a secret meeting that she might have with Brendan. The spoilers tell us that Harmony will grow concerned, but she will try to put up a brave face and plan something. Viewers know the type of woman Harmony is. Because if needed, she might also resort to killing Brendan and get rid of him.

Moving forward in the week, Ava Jerome will continue to motivate Trina as her legal proceedings continue. Viewers might see Dante and Jordan making a new discovery over the videotape scandal, so Esme might try to hide it. More Trina-related spoilers suggest that she will have a heated confrontation with Spencer Cassadine

Speaking of confrontation, Joss and Cameron will also have one. It seems like the duo’s relationship will be tested during this week. Joss will also meet with Trina and talk to her about the issues with Cameron. We might see Cameron crossing paths with Spencer, which might lead to another round of arguments over Spencer’s evil girlfriend.

General Hospital: Aiden Has A Theory About Liz’s Stalker

On the other end of the town, Aiden Spencer will have another theory about Franco Baldwin haunting Liz himself. This might lead to some Ouija board stuff where Aiden might try to communicate with Franco’s ghost. But, Aiden might land in trouble for it as Laura will question him on what he is doing. All of this stress about the stalker situation might make Liz vulnerable, and she might get into an argument with Portia Robinson.

Later in the week, viewers will see hostility at the gym when Chase, Brooke, Austin, and Maxie reach at the same time. Chase will also receive an emergency which he might have to deal with. More spoilers suggest that Brando and Sasha will discuss their future together while Britt also goes with Brad to look for a good match for her.

Rounding off the week, Jordan will look at a worried Curtis, which might give them a chance to clear their issues. The spoilers suggest that Curtis will still be worried about Marshall’s past. We are eagerly waiting for what might happen next.

What will happen when Harmony and Brendan meet? We will know soon. Until then, Stay tuned. TV Season & Spoilers are your one-stop for all the soap opera news. General Hospital airs on ABC all weekdays. Don’t miss the action.