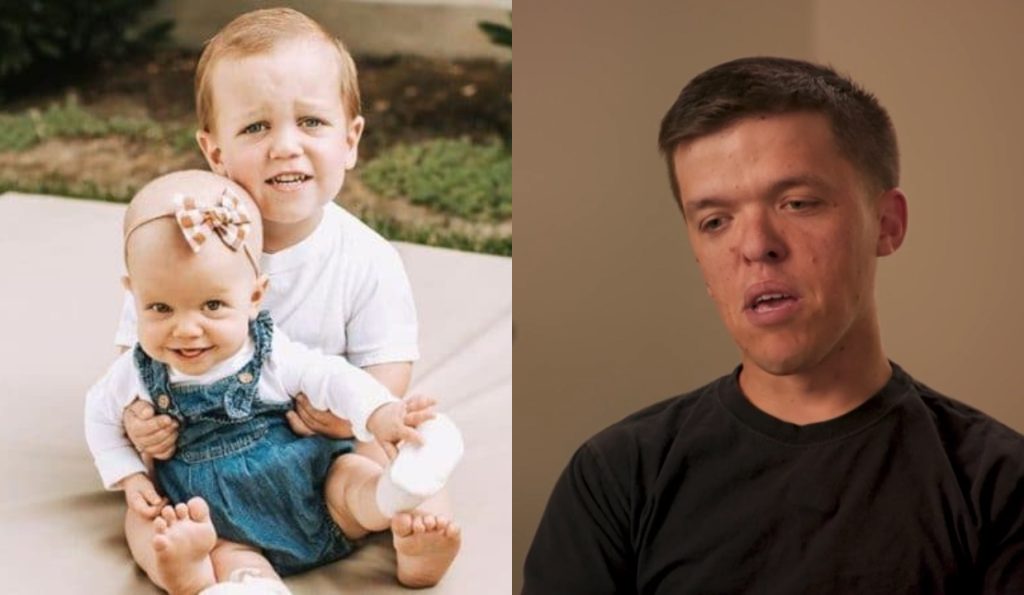 The Little People Big World star couple Tori and Zach have been going through a lot lately. Starting from the infamous Roloff farm feud to moving to Washington and restarting their life. However, the family issues were overshadowed when the couple’s son Jackson had to undergo emergency surgery. Last December, Tori revealed that her son had undergone leg surgery. Apparently, it was done to correct the bowing of his legs caused by Achondroplasia. Zach recently shared an important update regarding his son. To know how Jackson is doing these days, keep on reading.

The Little People Big World star couple shares three kids. Amongst them, Jackson is the oldest of all. The star kid underwent leg surgery in which plates were put up on his growing plates in his legs last year. Recently, Zach took to Instagram and posted a picture of himself. He captioned the picture, “Just me for a change.” The star also added that he is curious to know what everyone has to say at the moment. Fans asked a lot of questions, and among them, someone asked about well-being of Jackson. The star was quick to notice and replied with the current scenario of the 5-year-old.

Zach mentioned that the toddler is doing fine these days. He also added that the screws in his legs would eventually help him straighten his legs. However, as Jackson only grows an inch or so in a year, so it is difficult to note changes. Whereas for an average person with the same surgery, the results are visible a lot quicker. Not only this, but another fan asked about Lilah. Fans know that Lilah has strabismus. Strabismus is a disorder that deals with improper alignment of eyes, commonly known as improper eyes.

The LPBW star Zach replied to the question and answered that their current plan is to wait till the child is better talking, as it will be helpful if the toddler gives better feedback on the tests performed by the doctors. So, they have decided to put the situation on hold. Fans were happy to know that the kids were doing good and were healthy.

The Little People Big World star couple is planning to leave the show. Apparently, the couple has faced a lot of humiliation and toxicity from their own family. Zach has been a part of the show for around 16 years now. Fans have watched the teenager grow, fall in love and grow his family. Lately, fans used to watch the show just to get a sneak peek of Zach’s cute children. However, recently Tori, during a Q&A session on Instagram, revealed that she and her husband are thinking of leaving the LPBW.

A fan asked the star if they ever planned to leave the show. Tori abruptly replied, ‘Yes’. Though Caryn has also decided to quit the show, fans didn’t pay much heed to her. However, when it comes to Tori and Zach, people are really disheartened to know that the couple might leave the show like Audrey and Jeremy. Keep coming back to TV Season & Spoilers for all the latest Little People Big World updates.