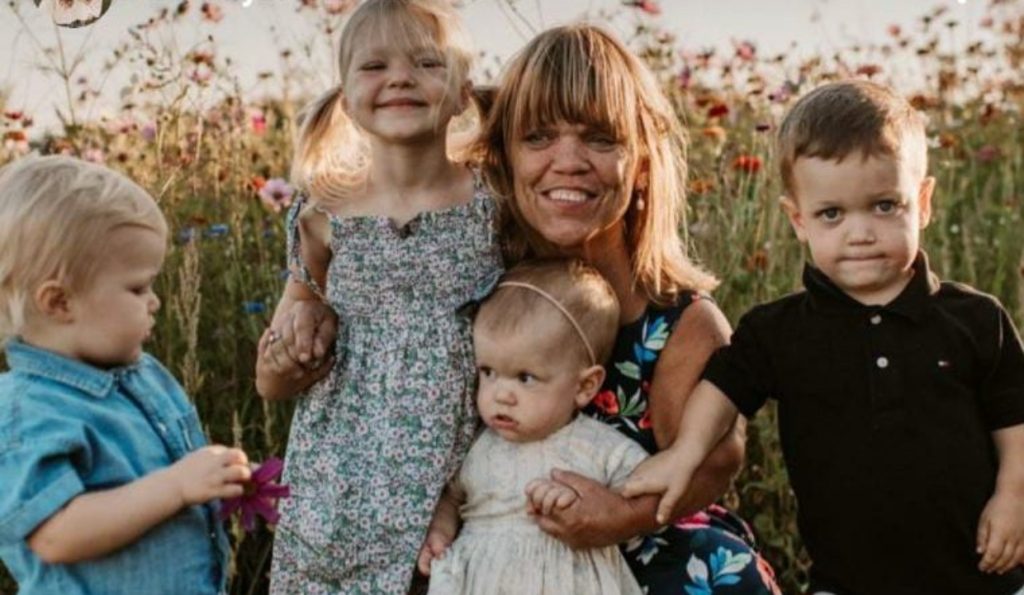 LPBW: Amy Roloff Has Been Awarded The “Mimi Award” For Her Latest Videos With Sweet Grandkids Jackson, Ember & Bode!

While the latest Little People Big World episodes are all about the drama revolving around the farm feud, things aren’t so bad between the Roloffs at all times. Well, Amy Roloff is one of the most drama-free cast members of LPBW these days. Most of her segments involve being cutesy with her husband, Chris Marek, and occasionally hanging out with her ex, Matt Roloff, and his girlfriend, Caryn Chandler. Amy’s latest Instagram proves that she does a great job at being the best ‘Mimi’ to her grandkids. Keep reading to know more details about this.

LPBW: Amy Roloff Has A Gala Time With Her Loving Grandkids! Gets The ‘Mimi Award’

Amy Roloff has been a fan favorite for a long time on Little People Big World. She has successfully impacted the LPBW fans positively through her presence on the show. As it turns out, the cast member is not just a fan favorite, but all her near and dear ones love her too. For instance, Amy Roloff has a knack for cooking and often treats her fans with new recepies through her Instagram handle. She has also published a cookbook under her name.

Lately, most of her loving grandkids, like Ember, Bode (Audrey and Jeremy’s kids), and Jackson (Tori and Zach’s son), joined Amy Roloff. Together, all of them cooked up some delicious breakfast for the family while showcasing the process to the LPBW fans. The little ones lovingly call their grandma “Mimi”. It is a name that has stuck with Amy for years now. Viewers loved seeing their bond on the video, and one of them even commented that she deserves “the Mimi award”. Well, a lot of people agreed with this opinion and liked the comment. That’s because she was such an awesome grandma. Many wanted more of this wholesomeness on their feed and urged the star to film more such content with her grandkids.

Amy often shares a lot of details about her family that the cameras don’t capture for Little People Big World. After the last LPBW season’s finale, she mentioned something rather upsetting through her Instagram live. It turns out that there has been a rivalry between her two sons, Jeremy and Zach, since the farm feud. The matriarch mentioned that they and their families don’t spend as much time together. Earlier they would often do so, as evident in the previous seasons of their reality show. She wanted nothing more than for their twins to mend their ways and be a family again.

After seeing Ember, Bode, and Jackson spending some quality time together in Amy’s video, viewers began to wonder if their parents were doing the same. But Jeremy and Zach have not mentioned doing such things through their social media. Well, the LPBW star and mother had stated that she really wants her boys to come together and sort things out. However, there is no proof or confirmation behind these speculations. Neither Audrey nor Tori had made posts about being in the presence of one another’s families. Keep checking TV Season & Spoilers for more updates on the show.